Carrying Heavy Objects? Let This Auto-Trailing Budgee Robot Do It For You 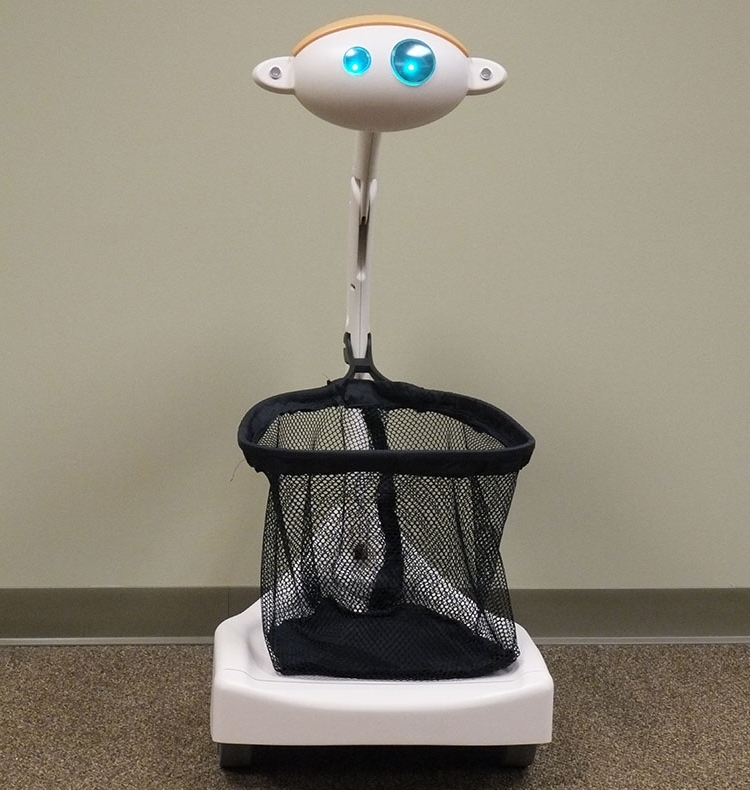 Are robots that follow their human overlords becoming the next trend? We don’t know. Between camera tripods that can pivot to follow your movement, auto-follow drones, and the Budgee, however, it sure seems like it.

Made by Five Elements Robotics, it’s a wheeled robot that’s designed to follow behind you like the X9 Golf Trolley does in the fairway. Except, instead of simply hauling your clubs, you can use the automaton to carry any cargo up to 50 pounds, so you can use it to carry the baskets when grocery shopping, your luggage during trips, or the stack of sports equipment you’re bringing down to the kids’ little league game.

Budgee is designed to follow a transmitter that you clip to the back of your clothing (belt or back pocket will do), ensuring it can trail you at every swerve and turn. You can program at what distance it’s supposed to follow from behind, so you can have it breathing up your neck like an overzealous bodyguard or rolling along at a casual distance. Do note, the robot can only move at top speeds of 4 mph, so if you’re walking a little too briskly, it will pipe up a message warning you to slow down. It’s also fitted with sensors that can detect obstacles and sharp drops, so even if you do run into a wall or fall down an open manhole, rest assured your robot won’t.

Designed for easy operation, it comes with just a single button on the head, which you can use to turn it on and off, as well as switch it between follow and manual modes (they offer a small remote, as well as a smartphone app for manual controls). And just in case you want to take it for luggage duties during trips, it can fold into a 20-pound package that will fit inside the overhead bin.