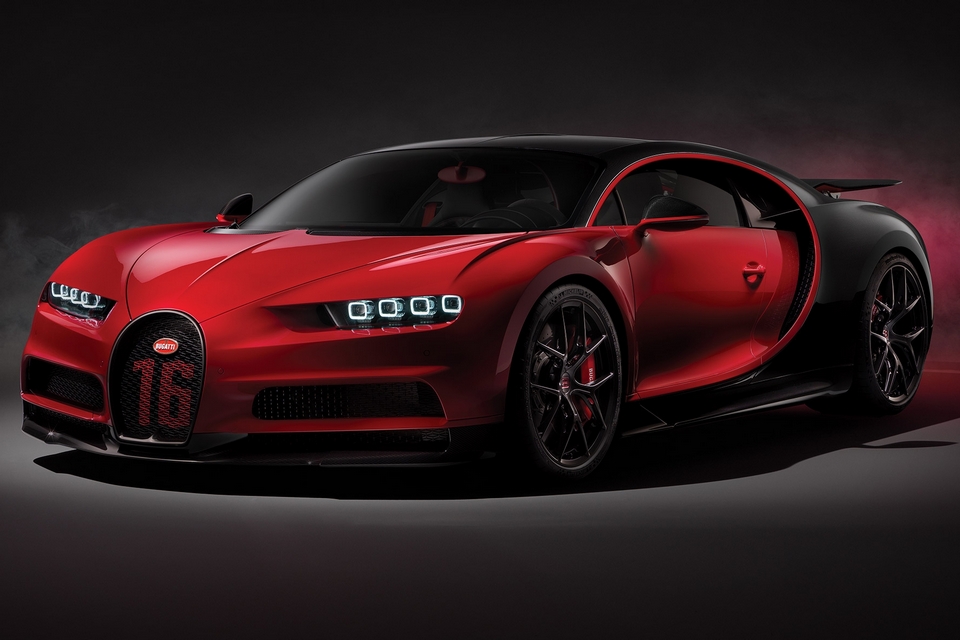 How do you make the Chiron, one of the greatest examples of a contemporary supercar, even more extreme? We have no idea. For now, we guess Bugatti can’t be bothered either, since with the Bugatti Chiron Sport, they decided not to push the performance numbers even further.

No, that’s not a bad thing. The original Chiron is a beast of a car, after all. For this model, they chose to focus on improving the handling instead, all while retaining every ounce of power they managed to cram into that mid-engine beast that debuted in 2016. 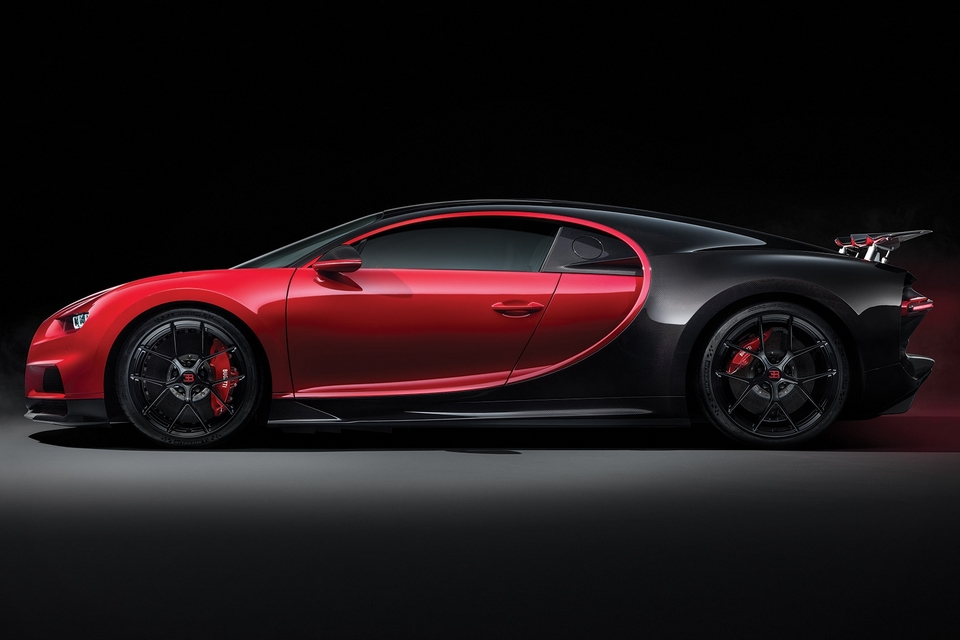 The Bugatti Chiron Sport retains the same quad-turbocharged W16 engine that produces a whopping 1,479 horsepower and 1,180 pound-feet of torque. As such, you should expect it to post the same performance numbers, with all that power translating to a 0 to 60 mph of 2.4 seconds and an electronically-limited top speed of 261 mph. No word on whether they’re removing the speed cap for this one, but given how the limits were imposed since no tires can handle the car’s actual top speed at the time, we have a feeling it will stay in place.

To improve the handling, the car uses revised steering and suspension systems that sharpen the vehicle’s response when it’s being used in the Handling driving mode, the outfit’s aggressively-tuned setting for track racing. Yes, it performs normally in the other driving modes, so it should be just as quiet and comfortable off the track as the previous model. The shocks, in particular, have been stiffened to enable the adjustments, while a new damper control strategy ensures more dynamic responses to everything you do on the track. An optimized rear-axle differential setting and an all-new dynamic torque vectoring function allows it to direct power to either side instantly, enabling better performance around tight corners even when you turn at the last second. According to the automaker, all these changes allowed the car to complete the Nardo Ring in Italy five seconds faster than its predecessor. 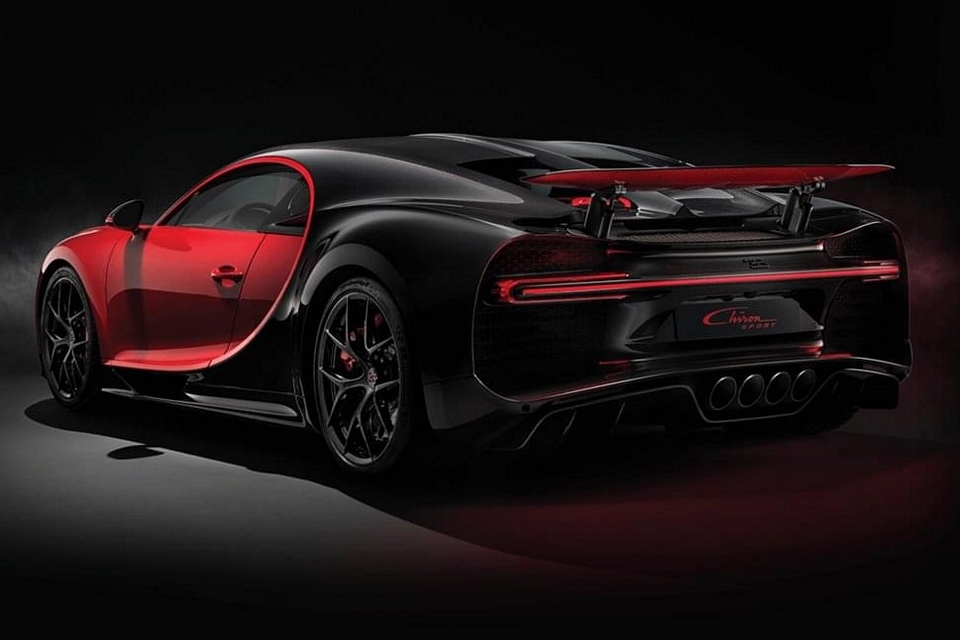 Aside from getting a new steering and suspension package, the Bugatti Chiron Sport is also lighter than the standard model. At 40 pounds less, it doesn’t sound like much of a weight savings, although it’s probably more of an indication about how built for speed the original already is. To get those 40 pounds off, the vehicle uses lighter wheels, carbon fiber windshield wipers (seriously, they managed to shave three pounds off of those), and a bunch of other lightweight parts. Bugatti didn’t exactly detail everything they replaced to cut the weight down, but we’re guessing they threw in a lot of carbon fiber parts. 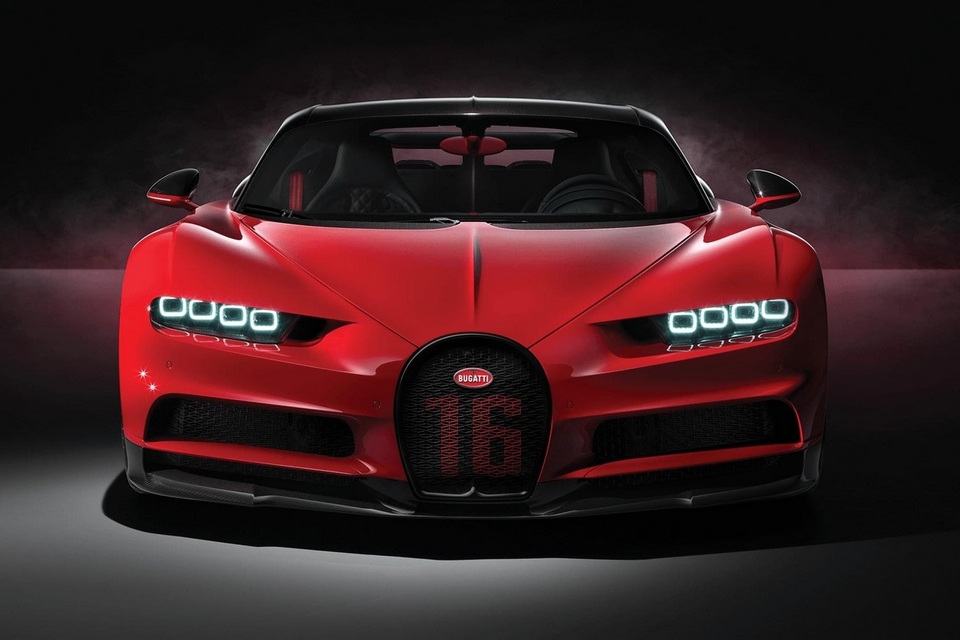 As for the styling, it looks, pretty much, like the original Chiron from 2016, albeit with a conspicuous “16” painted on the grille, just in case you forgot how many cylinders the engine has. A window on the tail sits above the carbon fiber intercooler cover to give it an extra differentiating element, along with a quarter of round exhaust outlets that are unique to the model.

Want one and can actually afford it? The Bugatti Chiron Sport is priced at $3.26 million, with deliveries slated to start at the end of the year. 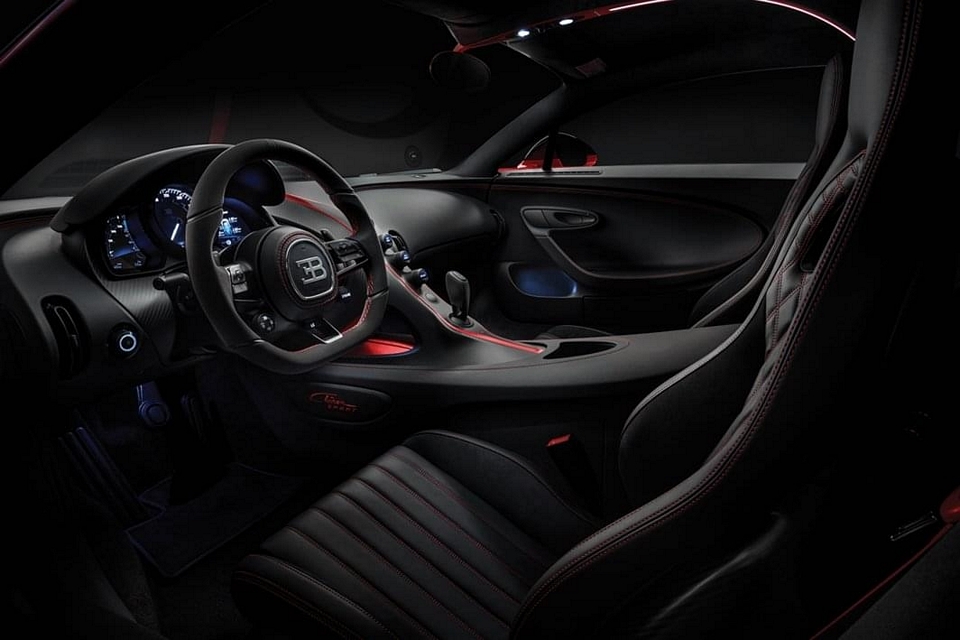 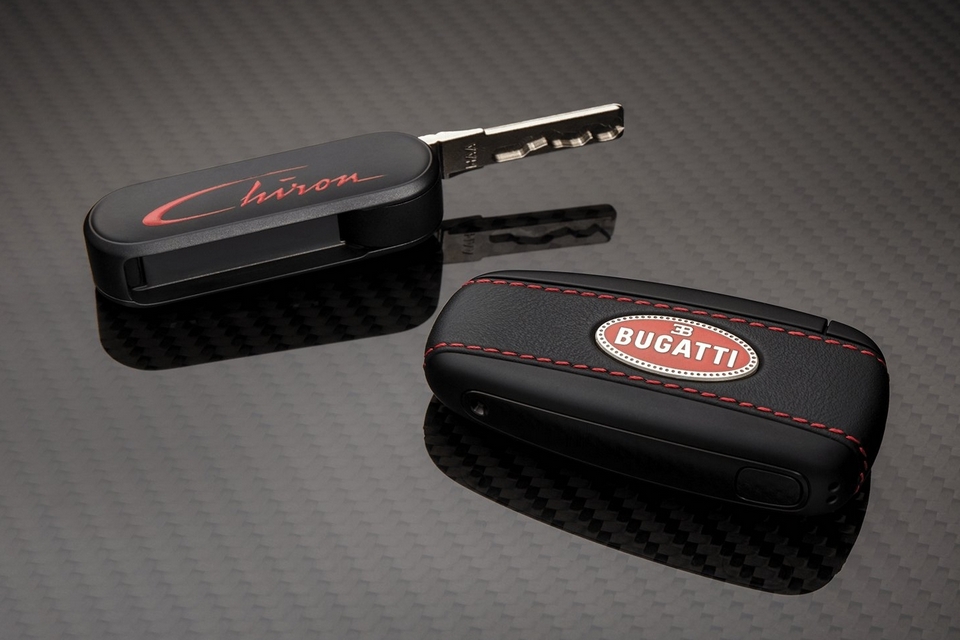