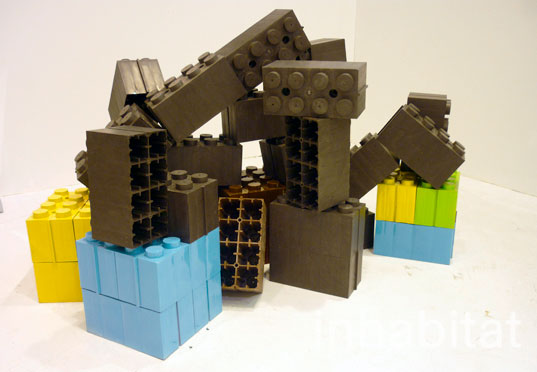 Even though it’s been done before, building an entire house out of Lego bricks remains a terrible idea. If you use Lego-style bricks that’s been specifically designed for constructing homes, however, it could be different. That’s exactly what Ecomat is doing with their giant building blocks, which they’re touting to be usable for building both temporary and permanent structures.

Styled like giant Lego bricks, the materials have an interlocking design, allowing you to pile individual pieces into a variety of structures. Since they’re large, piling them need not be the same painstaking task as when you’re doing with a thumb-sized toy piece, too. 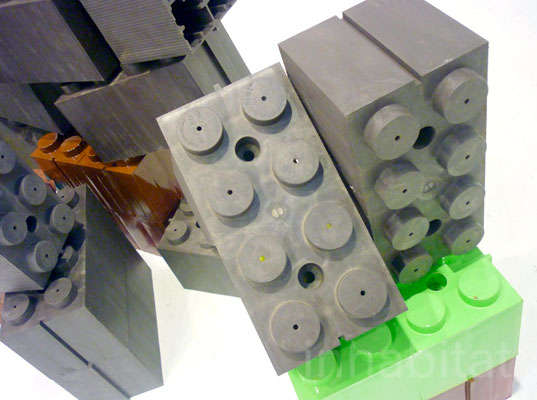 Ecomat appears to have three different types of construction bricks: the single-row Ecomat, the dual-row Mattek and the MatPack. Each individual piece is made out of sustainable materials, making it ideal for those seeking to put up eco-friendly structures. They’re earthquake-resistant and are claimed to be suitable even for permanent assemblies too, so you don’t have to worry about the walls crumbling when you turn on the electric fan.

We’re not clear on how the items work (site is in Italian), but they’re supposedly light in weight and are intended for use in creating different building structures in a snap (a literal snap since it’s like Lego), such as nerd forts in the backyard and camping shelters. Since they should snap out just as easily as they snap in, you can disassemble your creations rather quickly too. Featuring adequate thermal and acoustic insulation, this could be perfect for outfitting building interiors, especially as an alternative to permanent walls.

The Ecomat bricks aren’t likely to be available for a while, but they’re currently on display in the “Sparkling: Ecologically Correct” show at Milan Design Week.