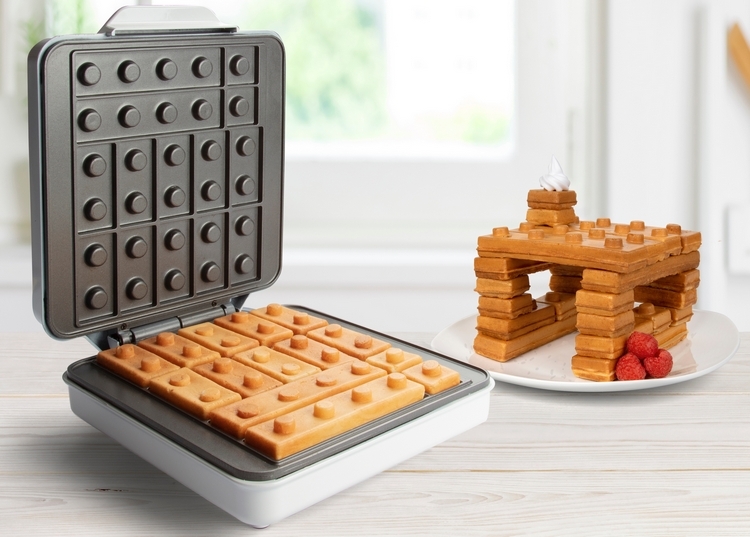 It looks like any waffle maker. You know, the kind you can use to make crispy and delicious batter cakes for breakfast. Instead of making plate-size waffles that you can cover in butter and syrup, though, the Building Brick Waffle Maker makes batter cakes that look like LEGO bricks.

That’s right, this countertop appliance makes waffles in the shape of construction toys, so you can turn your batter cake into the Hogwarts Castle before dumping a big load of syrup onto the darn thing. Whether you’re a LEGO collector, a modeler who loves playing around with new construction kits, or just some dude who wants to make eating pancakes a bit more exciting, this thing definitely adds a whole new dimension to the erstwhile standard breakfast fare. 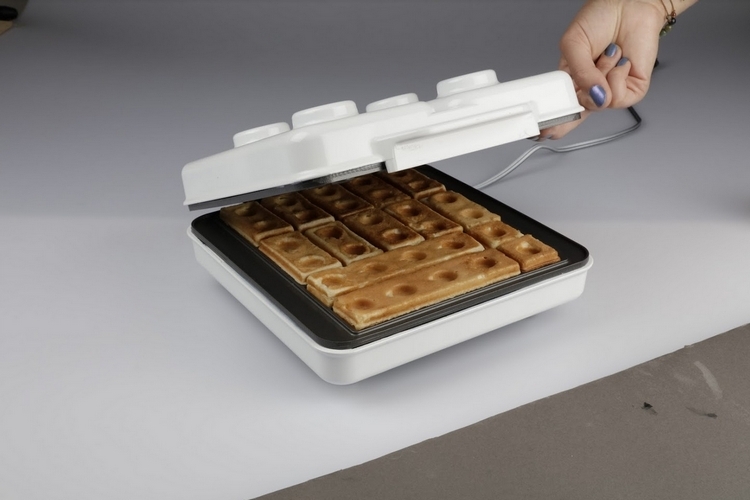 The Building Brick Waffle Maker works much like any waffle iron – you pour batter into the cooking chamber, close down the lid, and let it cook for the allotted time until it lets out a sound. It makes a dozen different brick-shaped waffles in one go, namely a pair of one-stud bricks, two four-stud bricks, and 10 two-stud bricks. These being made of batter cake, though, each block can be further split into smaller pieces (just cut them up with a knife), so you can turn the entire thing into 30 single-stud bricks or 14 dual-studs (plus two single-studs), whichever one makes more sense for the model you’re building.

All of the bricks have studs on one side and holes on the other, allowing you to connect them like regular construction toys that you can use to build models of architectural structures, vehicles, and giant mechs. Except, you know, these bricks actually taste good when they’re covered in butter and maple syrup, so there’s a good chance you’ll end up snacking while you’re putting together a bigger construction project. And yes, that means, you’ll probably need to make new batches over and over, which we’re sure you won’t mind, especially since waffles always taste better when they’re hot. 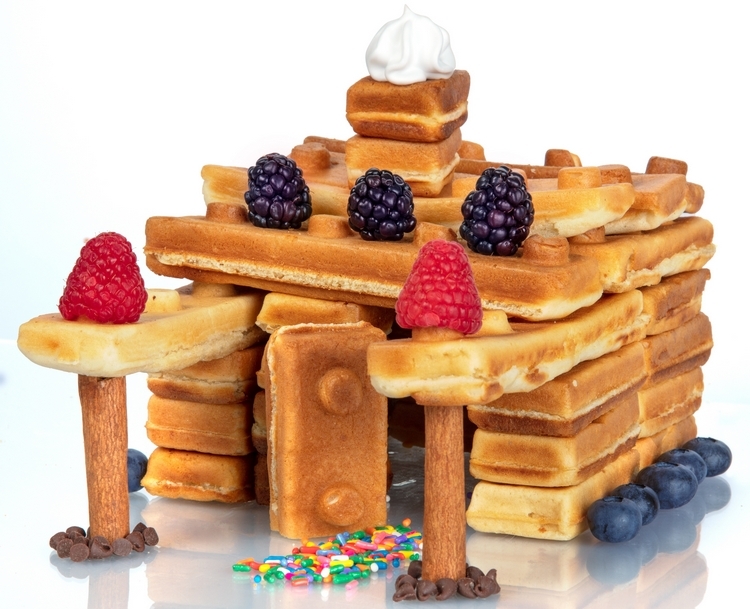 The Building Brick Waffle Maker is, of course, like any similar countertop appliance, so it gets hot when cooking (keep those bare hands away), requires oiling to prevent sticking, and needs to be cleaned regularly, unless you enjoy eating bacteria growth, along with your daily breakfast. Do note, the waffle iron comes with the Type A plug that’s optimized for 125 volts, so this is designed for use in the US and Canada, as well as other countries that use similar output in their home’s electrical system. 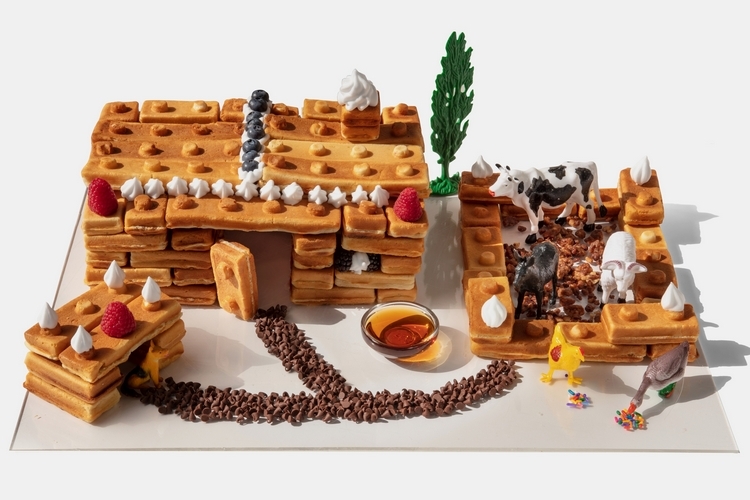 Aside from the waffle maker, the outfit is also selling studded baseplates that you can sue as a building surface to put together your batter cake LEGO model. Unlike regular baseplates, though, it’s actually designed to serve as a dish for serving the waffles, complete with two small sections on the side for an extra stash of butter and syrup.

A Kickstarter campaign is currently running for the Building Brick Waffle Maker. You can reserve a unit for pledges starting at $50.