These Bulbing 2D Lamps Create The Illusion Of 3D Forms 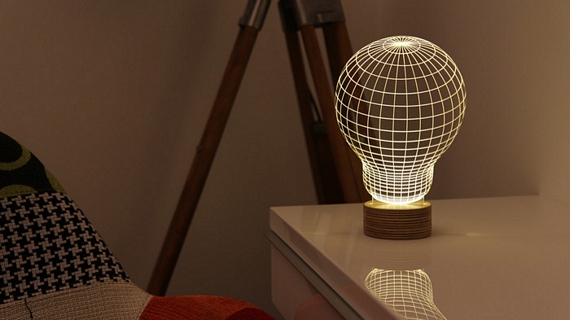 These Bulbing lamps probably won’t light up your bedroom any better than the Philips Wake-Up Light you use right now. But we bet these will spur a more engaging conversation with any girl you show around the house, increasing the chances they’ll decide to stick around the bedroom just a little longer than usual. And while we’re not counting on it, who knows, it just might be your lucky day.

Made by Tel Aviv-based Studio Cheha, the lamps are designed as two-dimensional lighting units with the illumination flowing through its wireframe bodies. Instead of looking like flat lighting panels, though, the lamps create the appearance of 3D, making for a tabletop piece that’s equal parts functional, decorative, and dumbfoundingly interesting. 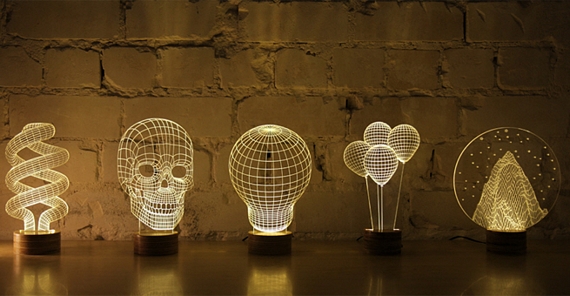 The Bulbing lamp comes in five designs: bulb, skull, spiral, balloons, and starry-night. All models receive a similar flat construction with the illusory 3D appearance, which is achieved by the use of acrylic glass that’s laser machined to ultra-thin (0.2 inches) wireframe shapes. Each one consists of a cylindrical plywood birch base, which holds the actual LED, and the acrylic glass wireframe figure, which you can remove and replace with a different design if you have more than one of the models. The lamp is corded (switch is along the length of the cord) and compatible with any 100- to 240-volt outlets. 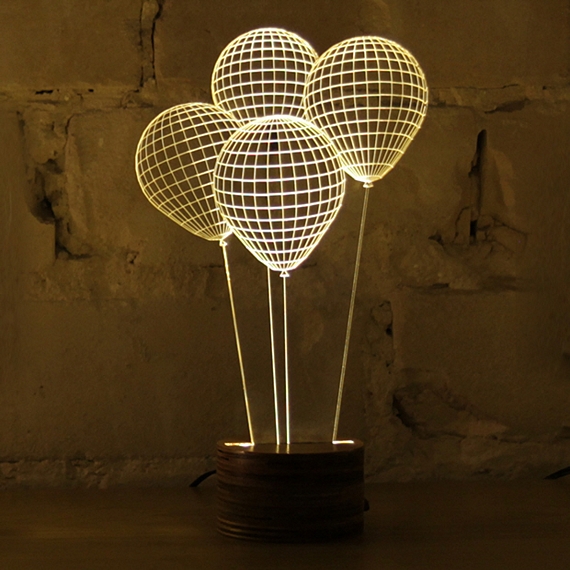 A Kickstarter campaign is currently running to fund a production run for the Bulbing. Available pledges to reserve a unit starts at £34.