Fortify Your Drinking With This Bulletproof Shot Glass 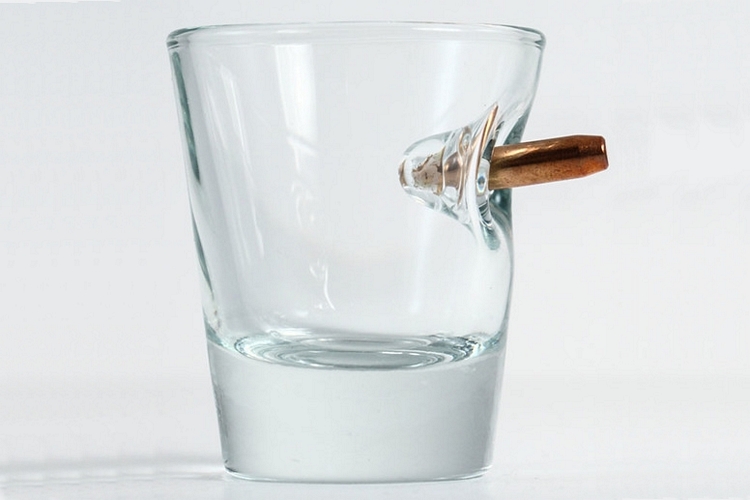 Yes, you can totally use the Bulletproof Shot Glass to defend yourself when being fired at with a 45-caliber pistol. We’re not saying you’ll survive the shooting, but, hey, it will make for a nice story to tell on Facebook if you ever live to tell the tale.

Contrary to its name, this jigger isn’t likely to survive an actual hit from a powerful firearm. Instead, it earned its moniker by looking like it has previously survived a bullet shot, all while remaining as a functional vessel for consuming shots of tequila, bourbon, whiskey, or whatever cheap alcohol you can afford (we assume you just want to get drunk if you’re taking straight shots). 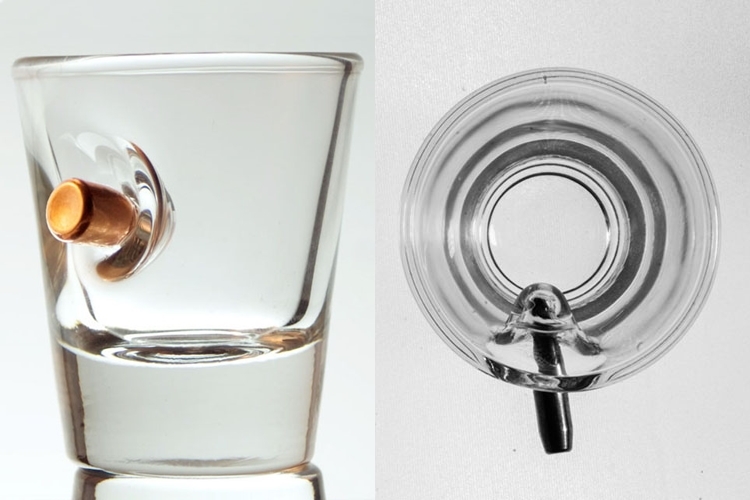 Made by Benshot, the Bulletproof Shot Glass is a custom-made jigger that incorporates a real bullet lodged in its body. Rather than merely encase the bullet in glass, the darn thing makes it look like the ammo is about to pierce through, with some magical force-stopping power allowing the glass to kill the bullet’s momentum dead in its tracks. Or something like that. Each shot glass, handcrafted in the outfit’s Wisconsin studio, is sized to accommodate 1.5 ounces of spirits – just enough to deliver a good buzz while leaving you wanting more.

Yes, the glass is 100 percent safe to drink from (no glass shards or gunpowder whatsoever). They also make a larger tumbler version if you want to enjoy cocktails in a similar “bulletproof” vessel.

Available now, the Bulletproof Shot Glass is priced at $15.