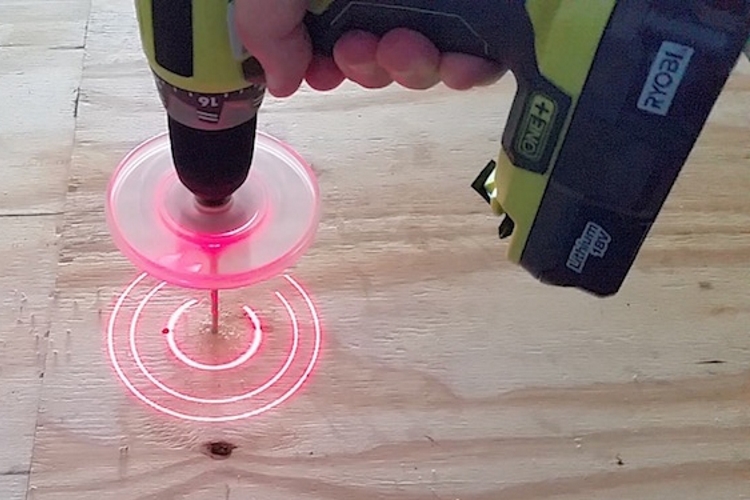 We’ve said it once and we’ll say it again: everything is better with lasers. Even power drills. At least, that’s how it looks like when you reinforce your power drill with the BullseyeBore, an add-on accessory that projects concentric circles around the drill tip to create a visible guide.

Do you need it? Probably not, if you’re a master of the power drill who never misses a beat when wielding his burrowing tool. Maybe, if you find yourself occasionally (or frequently) drilling at an angle, rather than perpendicular to the surface. Definitely, if you love lasers and can’t wait to outfit everything you own with one. Because lasers are awesome! 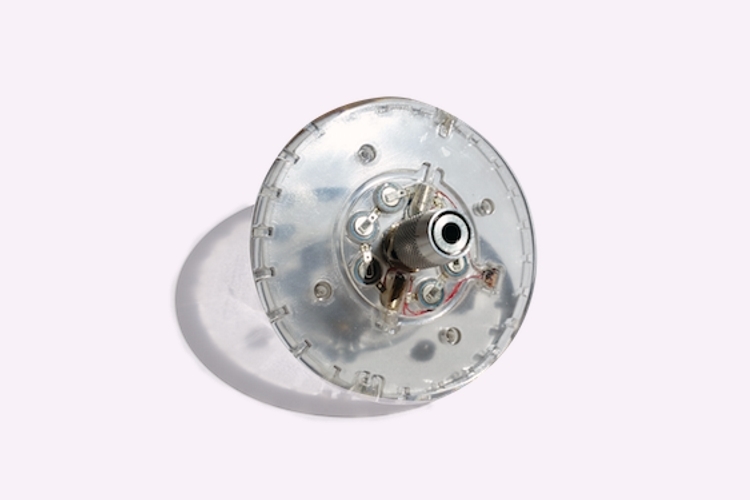 The BullseyeBore is a small transparent disk that attaches to the chuck of any existing drill (we’re not sure about your novelty pistol drill, but it might work), immediately endowing it with laser-projecting capabilities. All electronics are mounted right inside the disk, so you only have one part to put away when not in use. When you start drilling, the disk will project three concentric circles on your work surface: two static and one dynamic. Any time the circles don’t look properly aligned (not perfectly concentric), it means you’re not drilling at a perpendicular angle, which should be your cue to fix your form immediately. The static circles also serve as measurement patterns, while the dynamic, outermost one indicates the position, which is meant to give users a visual marker as to the depth the drill bit has penetrated. Simply put, the deeper the bit has gone in, the smaller the position pattern becomes, with a depth of penetration equal to the reduction of its diameter (e.g. if the position pattern becomes half an inch smaller, it means the bit has dug in half an inch deep). 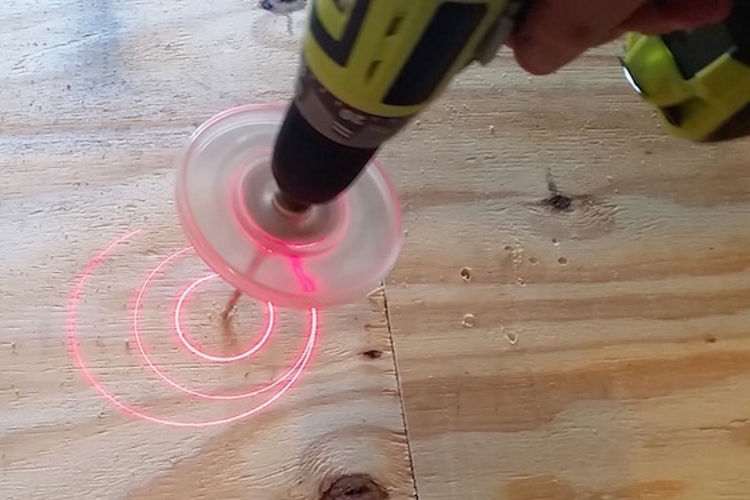 For now, BullseyeBore is looking for companies who would like to license the product. You can learn more directly from their website.