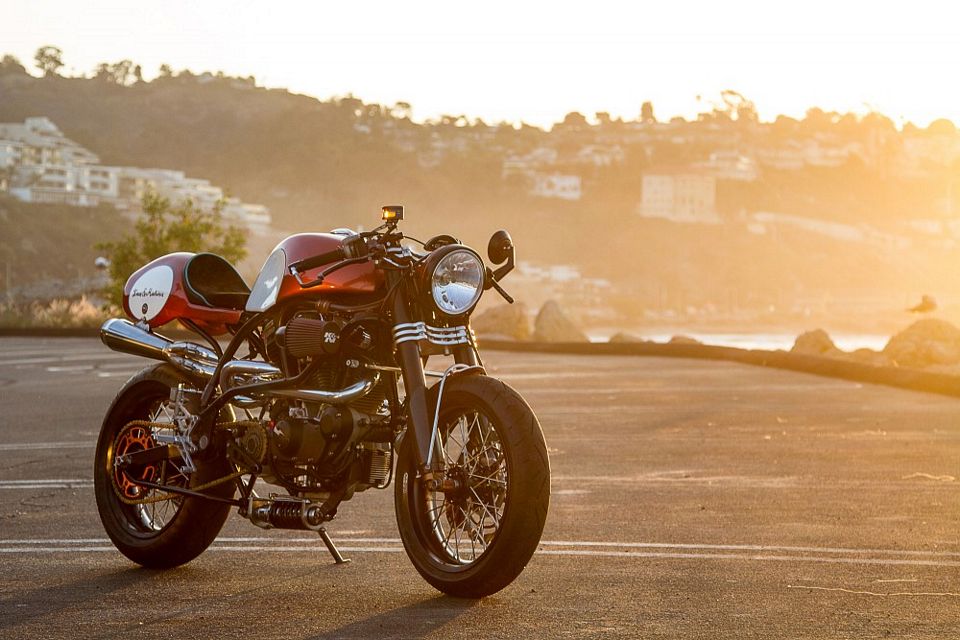 Sometimes, a motorcycle just tells you itself what its name should be.  In the case of The Bully, what else can you call a heavyset cafe racer that shakes, thumps and pulls like a schoolyard kid with a seriously mean streak?

Created by Woolie’s Workshop under Deus Ex Machina, the vehicle lived out its previous existence as a Buell Lightning X1 before getting into a collision that left the entire bike compromised.  To give it new life, the entire motorcycle was overhauled, undergoing a conversion that turned the erstwhile post-collision remains into a two-wheeled intimidator. 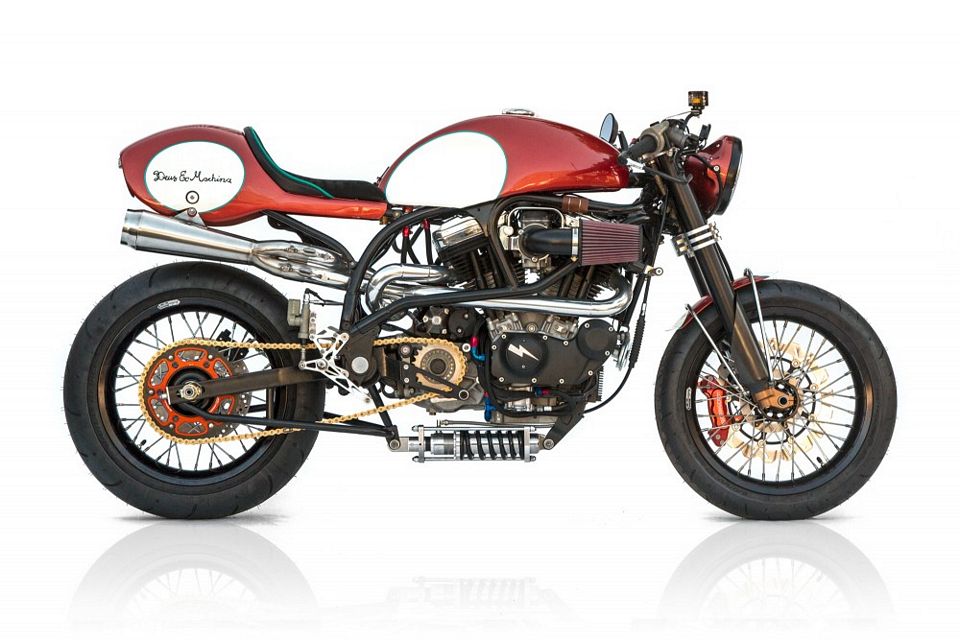 What exactly had to happen to turn out this fine beast?  First, they had to stabilize the chassis, then added a new chromoly subframe and a new swingarm.  Once that was taken care of, parts were plugged in one by one, with Woolie using as many American-made parts as possible.   The end result sees it sporting an assymetric fender and speedo brackets that extend out from opposite sides and custom rear shocks, along with a decidedly 80s-era aesthetic, with both the handmade aluminum gas tank and handmade seat being derived from an 80s-era TZ50 and an 80s-era superbike, respectively.  The product page claims it feels very well-planted and comfortable to ride, running very smoothly even at extreme lean angles, so this thing sounds like an absolute winner. 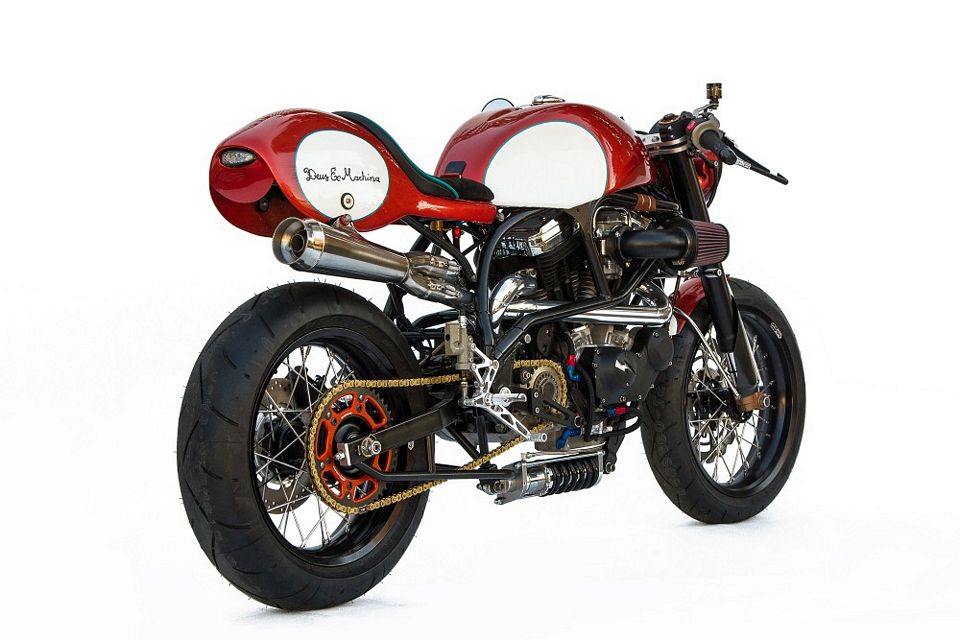 As with many custom motorcycle builds, The Bully is a one-off.  Deus Ex Machina will be willing to build you one from the ground up, of course, with a custom order if you can foot the bill. 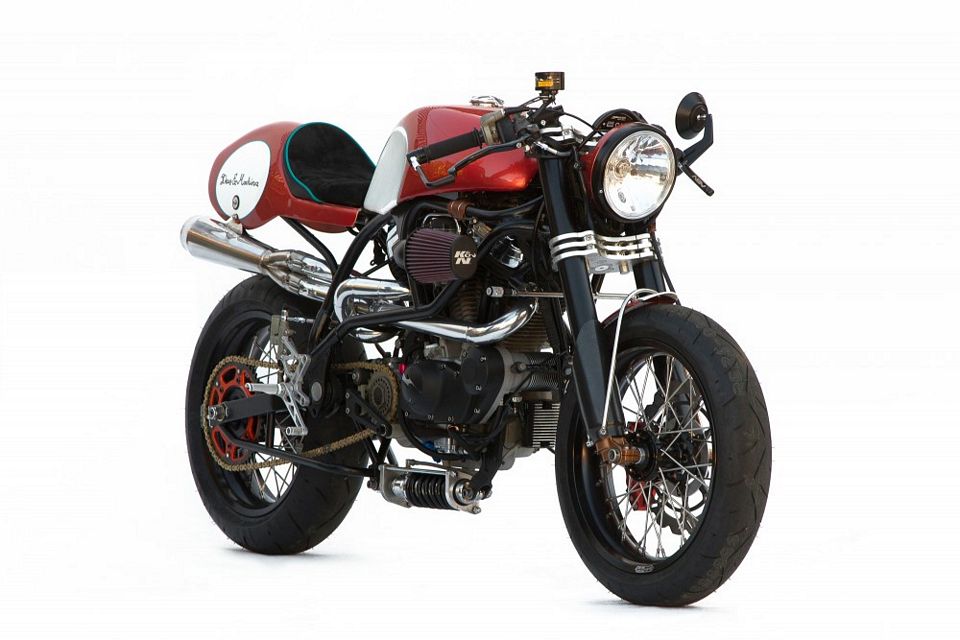 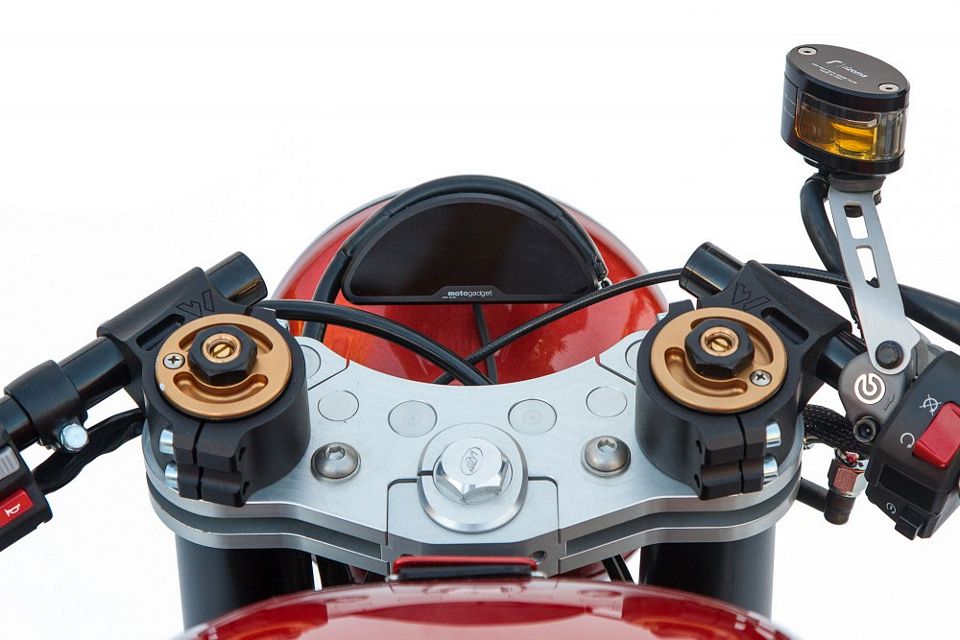