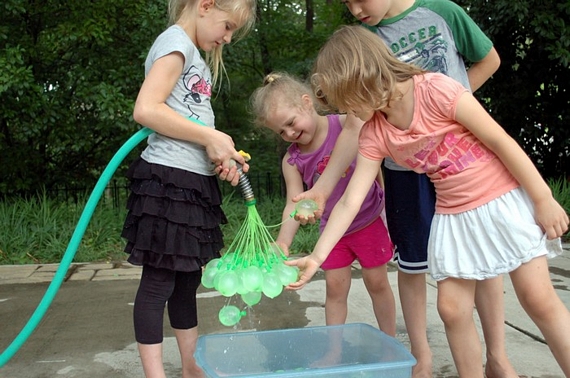 Water balloon fights always come down to who can throw the most balloons in the shortest amount of time.  In that way, the battle isn’t won in the field, but in the preparation – those long hours filling up balloon after balloon from the tap.  The Bunch O Balloon can optimize that bottleneck, claiming to fill up over 100 water balloons in just a single minute.

Designed to attach to a hose, the contraption has 37 mini-tubes with a balloon at the end of each one.  Simply hook it up to a water source, turn the faucet knob (or push the tap button), and watch the army of balloons automatically fill up.  Even better, you just shake the balloons to have the assembly tie their ends close, at which point they’ll automatically detach, ready to be used in any battlefield of your choosing. 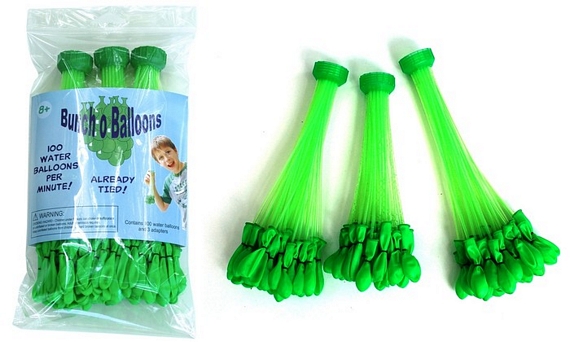 Each Bunch O Balloons is only good for one time use, so you can’t add new balloons for reuse.  If you’re serious about reigning victorious in a backyard balloon fight, however, a couple dozen of this thing in your supply kit should be all you need to secure a triumphant reign.  Construction is synthetic rubber for the attachment and the stems, while the balloons are made from natural rubber.  Do note, you should probably expect a marshy, excessively-soaked backyard in the aftermath of playing with these, so you might want to convince a neighbor to hold the water balloon fight in their territory instead.  Remember to act innocent afterwards.

A Kickstarter campaign is currently running for Bunch O Balloons.  Pledges to reserve a 100-balloon unit starts at $15.