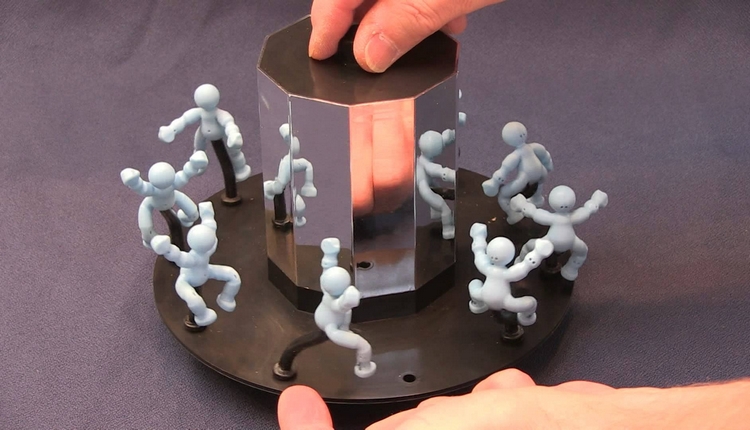 It’s not uncommon for children to spend many hours doodling stick figure flip book animation on the margins of their books and notepads. Being able to make mini-cartoons is just all manners of engaging, after all. We have a feeling they’ll end up with a similar type of engagement when playing with this BusyBody.

Made by Eye Think, the toy lets kids create live action animation using bendable stick figures that they watch in real time on an integrated mirror. Whether they want the character to walk, run, or perform b-boy dance moves, simply pose the figures along the different stations, rotate the spinning platform, and enjoy the show. 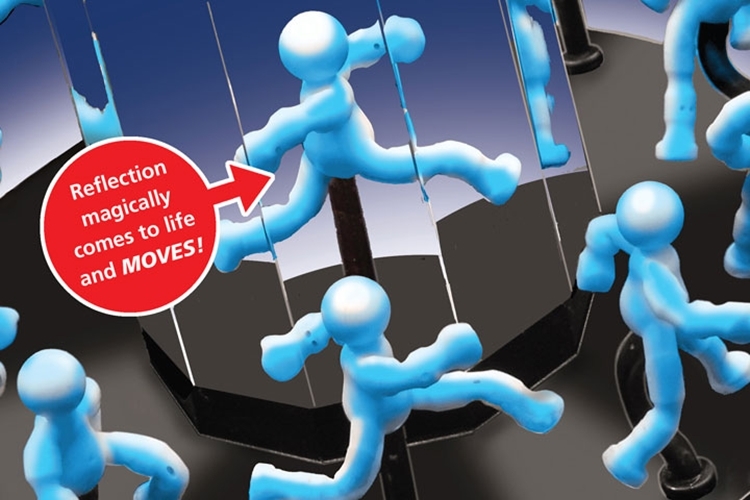 The BusyBody comes with ten posable figures that you individually fashion into different stances, similar to stop motion animation. Instead of filming each pose as a frame, though, you simply set the figures on each station and watch the animated optical effect as each one passes in front of the mirror. Granted, ten poses should get you barely a second or so of unique animation, but coming up with creative ways to make entertaining sequences should be part of the fun.

Each of the figures are made from a tough rubber material, so this should withstand even rough play from the most hyperactive kids, with the mirrored turntable cut in high-quality plastic (no glass, so it’s completely safe for kids). It also comes with a picture guide that shows how to animate specific actions, so even younger children can quickly figure things out. 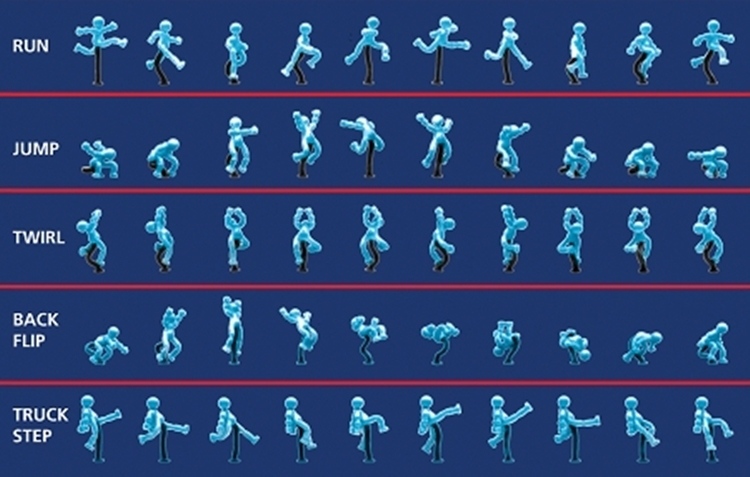