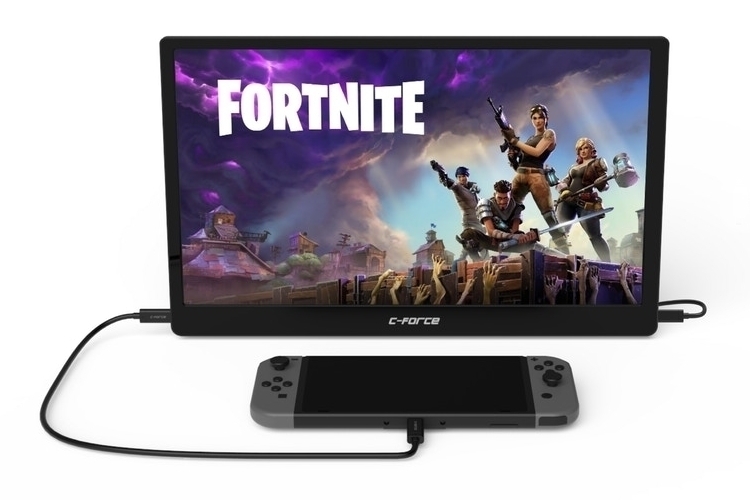 Playing on portable devices is fun and all, but with the increasingly complex games coming to mobile, it definitely helps having a larger screen to improve your chances of winning. Problem is, a monitor isn’t exactly something you throw in a bag. At least, not most monitors. That’s not the case, however, with the C-Force.

A portable IPS monitor, the device is small enough to throw in a backpack while being large enough to give you a better view of the action. Whether you’re playing Smash Bros on the Switch, PUBG Mobile on Android, or any other mobile game that could benefit from a bigger screen, this thing gives you the advantage of a larger screen for a better view of whatever you’re playing. 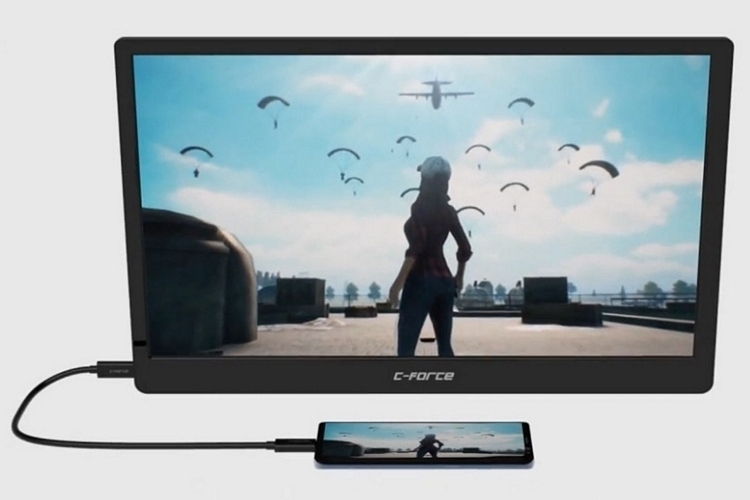 The C-Force is a small monitor with a screen measuring 15.6 inches, which makes it small enough to fit in most backpacks while being large enough to offer a bigger screen than most any tablet. Designed to connect to any device with USB-C connector, it can be used as a big screen for your Nintendo Switch and Android devices, as well as a second screen for USB-C laptops, so you can justify carrying a mini-monitor by telling everyone you need it for better productivity, rather than just giving you larger display when playing Fortnite on the road.

It has a full 1080p resolution, so all your games will show up clear and crisp, with adjustable brightness, so you can modify the backlighting based on ambient conditions. You know, lower it when you’re playing inside and blast it up to max when you’re out in the daylight. For audio, it’s also equipped with dual speakers and a 3.5mm headphone jack, so you can blast your gameplay sound or confine it to yourself, depending on your mood. 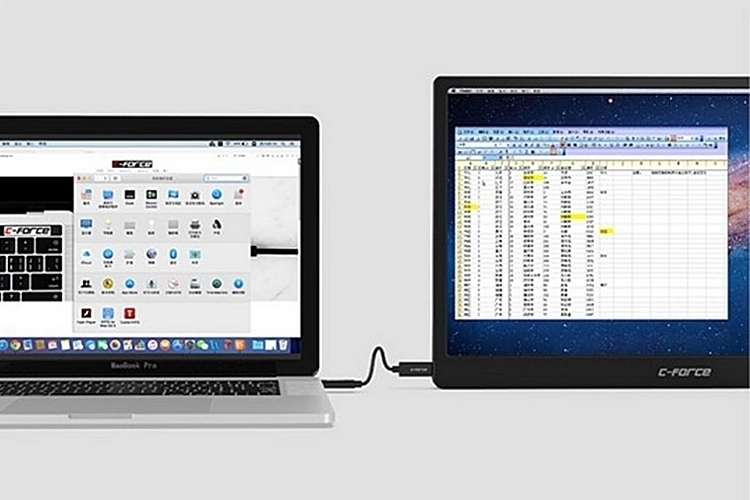 The C-Force doesn’t come with an onboard battery, which helps keep the enclosure slim. Instead, they throw in two USB-C slots – one full-featured (transfers data and power) and one power input. Depending on the device you’re using, the monitor can either draw power from the main USB-C connection (if you connect it to laptops) or you’ll need to hook it up to a separate power source (e.g. power bank). We’re not sure whether there are phones out there that can power this thing, although the outfit claims they’ve tested with several phones to positive results. If you’re curious which phones, they listed models from Samsung (S8, S9, and Note 8), Huawei (P20 and Mate 10), and Chinese brand Smartisan (R1). 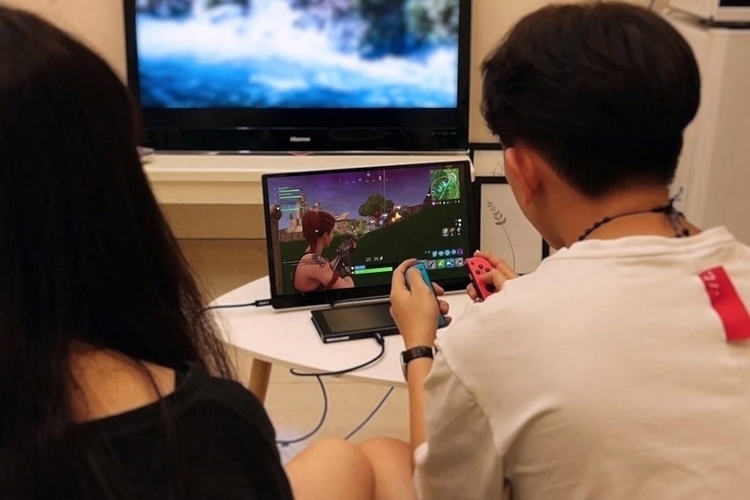 While the benefit for laptop users as a second screen is immediately apparent (who doesn’t want a second screen when working on the road?), the one for gamers will probably rely on different factors. We know, you’ll get a bigger screen, so everything’s easier to spot. On the flipside, you’re also playing with your phone (or your Nintendo Switch) tethered to something and those wires can easily get in the way.

A Kickstarter campaign is currently running for the C-Force. You can reserve a unit for pledges starting at $199.