CalmSpace: A Sleep Capsule For The Office 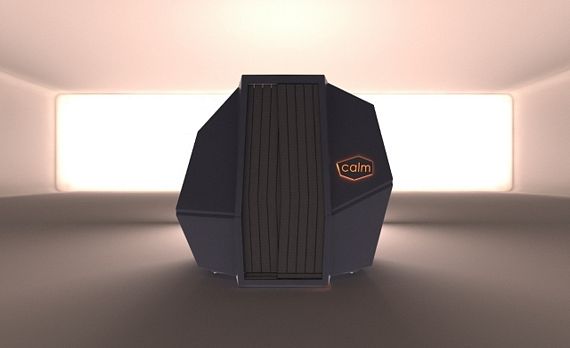 I’ve been to many offices over the last few years and I don’t think I’ve ever seen one that encouraged employees to take those so-called “power naps.”  For one, it’s not a pretty sight, watching an entire floor of people taking zzzzs in the middle of the workday.  More importantly, much of the appeal of office hour catnaps are due to the sneaky nature of it — you’re literally enjoying sleep while the company pays you by the hour.  That’s why I can’t imagine a lot of businesses shelling out for the CalmSpace , a sleeping pod designed for set up inside offices.

Designed by Marie-Virginie Berbet, it’s a sleeping furniture created specifically for use in the workplace.  That way, any office that wants to allow employees power nap privileges can do so without turning the office floor into a mass of people sleeping or having actual bedrooms installed.  Instead, they just order one of these, park it in a corner somewhere and it’s done. 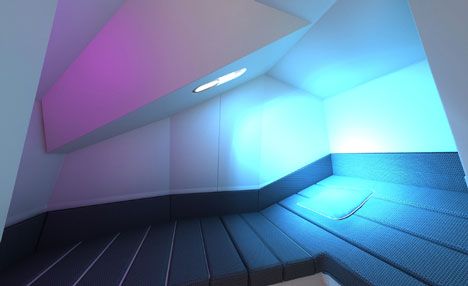 CalmSpace is a self-contained sleep capsule with its own bed, lighting system, audio system and closed-off space.  Offices can preset how long each nap can go (20, 15 and 10 minutes are available), so it ends up being more like a coffee break than a serious neglect of work duties (as will likely happen without the preset timers).  The structure is made of dark gray and blue composite material, with acoustic foam sandwiched between the interior and exterior panels.

To ensure proper restful naps, the lights inside begin at an orange glow to help people drop off to sleep, then shine into a bright blue shade to wake them up after the allotted time.  The music has been preprogrammed, as well, to serve the same purpose.

Originally a project for France Telecom, CalmSpace is now an official product in Haworth’s office furniture line.  No word yet on exact availability or pricing.