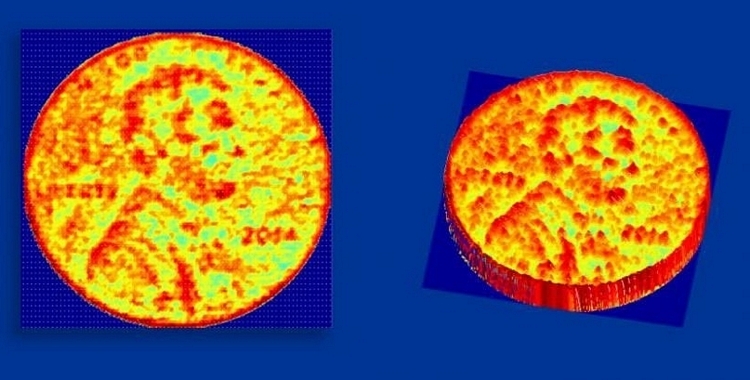 Intel has already announced plans to release tablets with built-in 3D scanners later this year. A new chip invented by a team from Caltech, called a Nanophotonic Coherent Imager (NCI), might soon bring the same capability in our smartphones.

Measuring less than a millimeter on all sides and requiring no extra hardware, the new silicone chip is small enough to fit inside compact devices, making it possible to integrate into everything from smartphones to point-and-shoots to action cams. Yep, that means any small gadget you use with a built-in camera can potentially become a 3D scanner, paving the way to seeing 3D scanning become a ubiquitous feature.

Even better, the NCI boasts the highest depth-measurement accuracy of any nanophotonic 3D imaging device of its class, allowing it to take scans that are accurate to within microns of the original object. It’s also very inexpensive, with the new chip likely to enable “significant cost reductions” in the manufacture of future 3D scanners.

To perform a scan, it uses tiny LIDARs (light detector and ranging) that immerse an object in laser beams, analyzing the light that bounces off it to determine an object’s dimensions, including height, depth, and more. The current prototype can only scan small objects (e.g. coins), although they’re working on scaling up the design to allow it to work with much larger objects like a traditional 3D scanner.

The NCI was described in a paper written by Ali Hajimiri, Firooz Aflatouni, Behrooz Abiri, and Angad Rekhi.