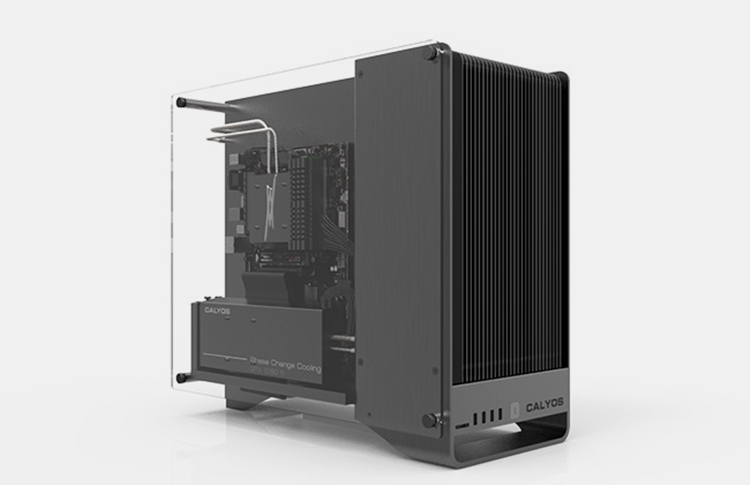 Most folks don’t mind some noise coming out of their gaming PCs – those overclocked CPUs and pushed-to-the-hilt GPUs need to find a way to cool down, after all, and fans offer one of the simplest way to get that done. If you’d still rather enjoy a dead-silent PC during marathon gaming session, you may want to build your next setup on Calyos’ NSG S0 chassis instead.

A fanless PC case, it’s designed to provide quiet operation, so you can place it right on the desk without creating a constant buzzing noise. Even better, you won’t have to bother setting up alternate cooling systems, as the case comes factory-fitted with a phase-change cooling system that lowers the hardware’s temperatures using the same principles employed by freezers and air-conditioning units. 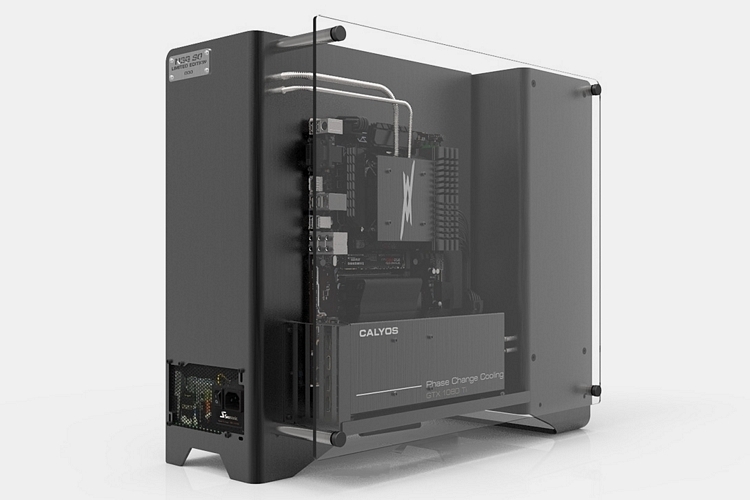 The Calyos NSG S0 is cut in 4mm-thick aluminum, with anodized heat exchangers and two large radiators on the exterior (one for the GPU and one for the CPU). Inside, the setup sports a brushed aluminum frame in the center, which separates the interior into two parts, with one side holding the motherboard tray upright and the other housing the PSU tray, storage drive trays, and the phase-change cooling system. It’s actually semi-open, with a tempered glass panel right hovering over the motherboard that’s connected using metal poles on the corners. 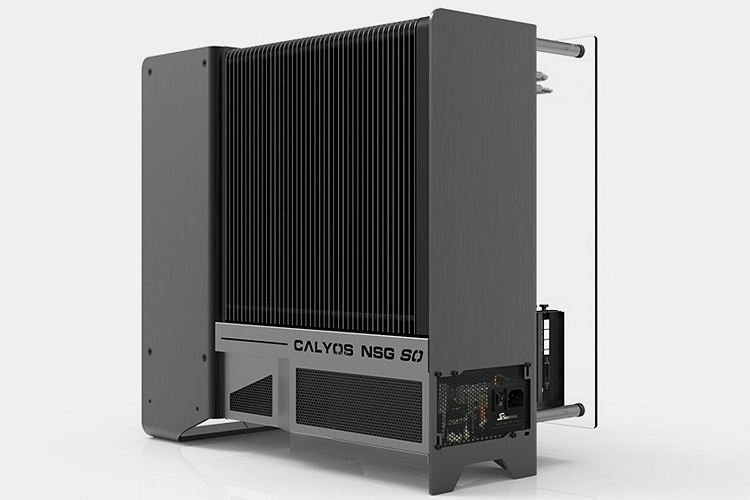 A Kickstarter campaign is currently running for the Calyos NSG S0. You can reserve a unit for pledges starting at €549.