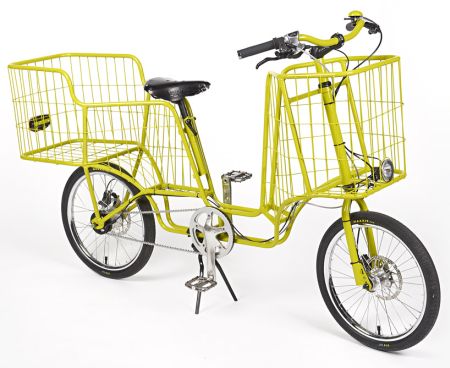 Some bicycles have a basket in front; others have a cargo bay in the back.  The Camioncyclette, however, tries to maximize your options by putting baskets in the front, in the rear and even under the seat.  Basically, anywhere one would fit.

The result is surprisingly, impressive.  Not only for the fact that it looks perfectly functional – it didn’t turn out an eyesore, either, as I would have expected from a bike that tried to dress itself up as a shopping cart. 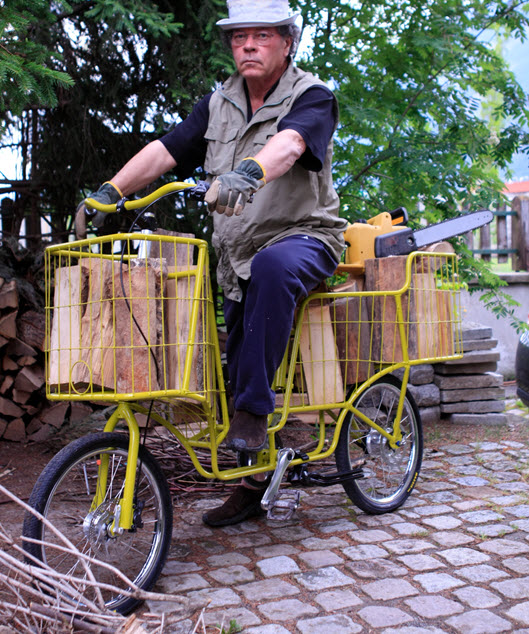 Designed by  Christophe Machet, the Camioncyclette ditches the cargo racks and throws in full baskets that appear to be fully-integrated with the bicycle’s frame.  Which is why we think it was really built from the ground up with the baskets in mind, rather than an afterthought as with many cargo-toting pedal-pushers. 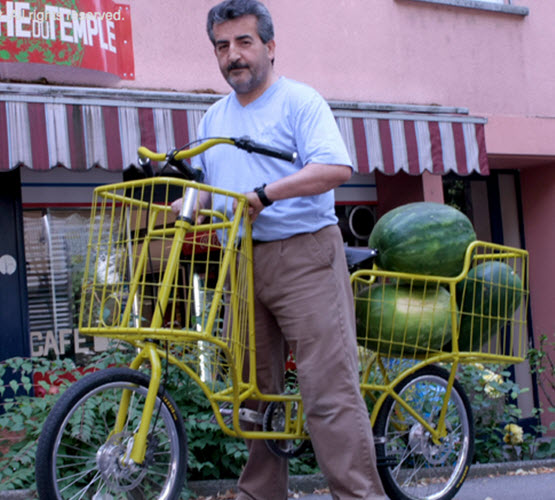 As a transportation machine, Christophe appears to have kept things simple for the rest of the ensemble, as having plenty of cargo space remained the primary motivation.  It uses smaller wheels (to fit in more wiry receptacles), a low-slung frame (again, to make room for more storage), disc brakes (for quick stops, regardless of the load) and a single-speed gear.  A maximum of  330 pounds can be loaded on it, including the driver.

Sadly, the Camioncyclette appears to be a one-off (or, at most, a prototype design).  It’s a very clever solution to a very real need, though, so I’ll be surprised if no one brings this to stores within the next couple of years (especially considering the back-to-bikes movement embraced by an increasing number of individuals).