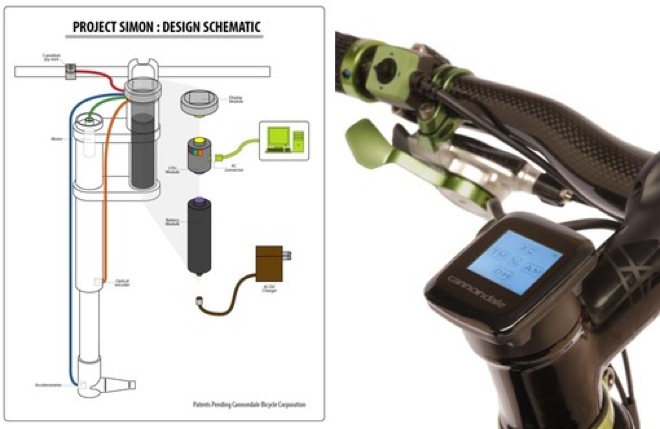 We’re not sure if Cannondale will eventually have their way, but their new innovation should prove a revolutionary upgrade to bicycles of all types.  Codenamed Simon, the project throws out the traditional system of springs and shocks, in favor of a “smart” electronic suspension.

A simple adjustment on the integrated joystick, for instance, will let you modify the ride’s response curves and stiffness, allowing you to get the appropriate setting for whatever terrain you’re running on.  It will perform the adjustment in freakish speed, too, as the fork can collapse from maximum length down to zero in just six milliseconds.

Currently in prototype testing, the system adds a couple of pounds to your bike.  It doesn’t multiply the heft all that much, though, since you’re also eliminating all of the suspension’s original mechanical components.  Cannondale’s current biggest challenge is battery life, since the existing pack they have installed can only last you a full two hours on a difficult downhill trek.

No release date or pricing yet, but this thing looks close to fruition.  There’s a video of Simon being shown off over at Cycling Dirt (link below).