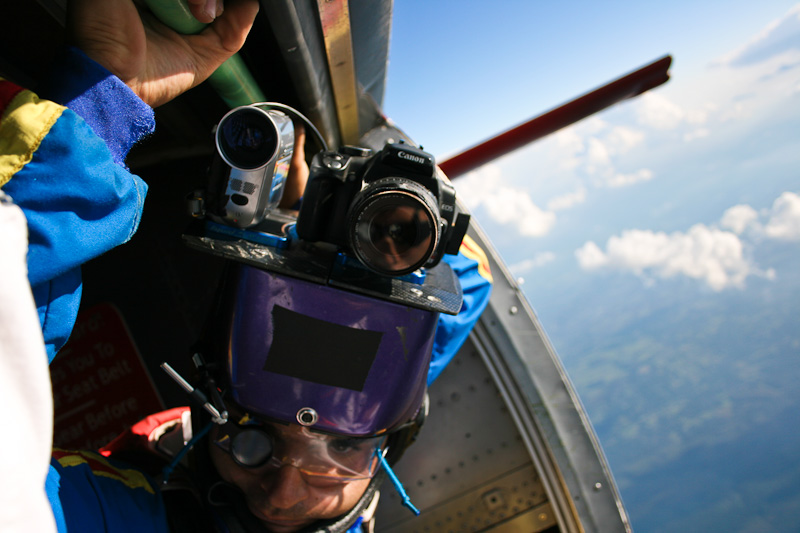 An entry-level DSLR with no particular rugged pedigree shouldn’t survive a 3,000 foot drop.  Yet, this Canon Rebel XT DSLR (seen on the head of that guy, who will eventually drop it as soon as he opens his chute) managed to.  How?

I have no idea.  Apparently, neither does the guy (who’s a skydiving instructor).  According to the story, he mounted it on his helmet along with a camcorder to shoot skydivers in a free fall.  Once he launched his chute, though, the mounting plate dislodged and both handhelds plunged to the ground at an estimated velocity of 110 mph.   The camcorder was wrecked (as you can see from the photo below), while the Rebel survived.    How? 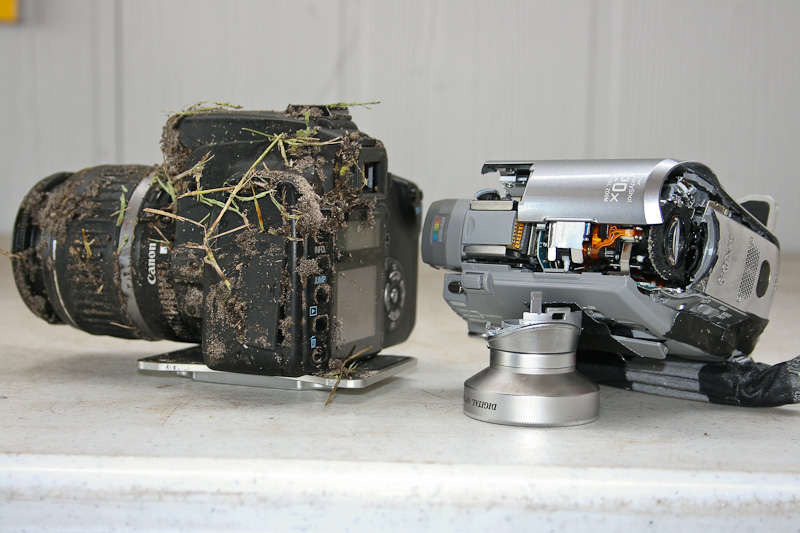 I still have no idea.  There was, apparently, nothing that should have softened the impact for the Rebel, although it probably got lucky during landing, hitting a mattress or a giant pile of cotton candy or something, since I doubt it’s supposed to have survived like that.

At least, it’s not in pristine condition, which would have been downright miraculous.  The only damage it sustained was a crack in the plastic body, with the kit lens now proving a little jerky when zooming.  Other than that, the owner claims it remains fully functional.  How?

Like I said, I have no idea.  But kudos to this little cockroach of a DSLR – you’re a hero to cameras everywhere!