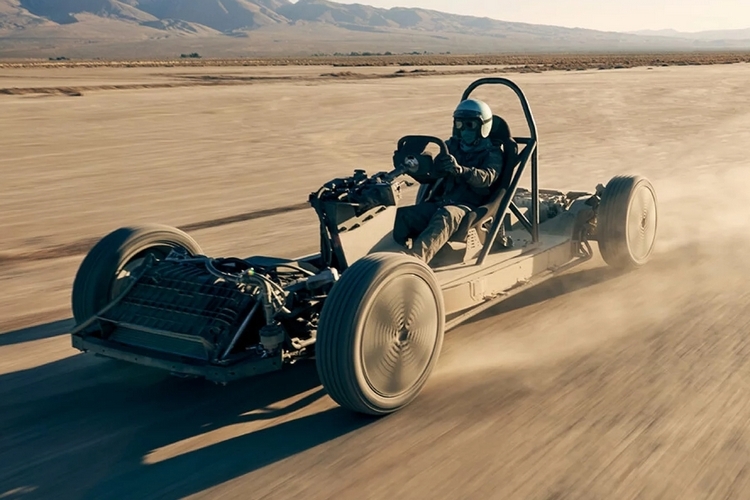 Last year, Canoo unveiled an electric minivan that’s slated to debut in 2022. It looked fine, but didn’t feel particularly noteworthy at a time when every major automaker has been working on their own electric cars. To showcase exactly what makes that car special, though, the outfit is creating a barebones version of that ride in the form of the Canoo Skatecart.

Yes, you won’t be looking at this thing and thinking, “That looks like a fine minivan.” Because… you know… it isn’t. Instead, it’s meant to showcase the outfit’s “skateboard” platform, which is the same core foundation used by that minivan. In this version, of course, it’s stripped of any bodywork, with the outfit adding just a racing seat and some tubular supports to show off just how versatile the platform can be. 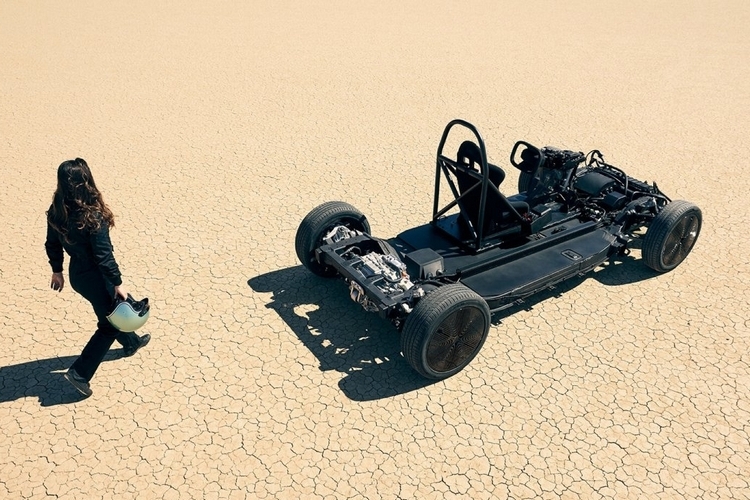 The Canoo Skatecart, basically, turns the skateboard platform into a barebones desert buggy reminiscent of vehicles like the Atom or Nomad. It’s as long and as wide as a regular car, though, since it uses the full powertrain platform, rather than a smaller version of it, so it’s a wholly inefficient vehicle. Granted, that’s not really an issue, since this isn’t meant to be a production car, but rather, a glimpse of the possibilities that the platform’s design is able to offer.

To the unfamiliar, the skateboard platform, basically, contains all the motors, batteries, brakes, and suspension a vehicle requires, making it completely functional all on its own. The idea is, to simply place different types of bodywork on top, allowing you to turn out a compact sedan, a minivan, or a gigantic SUV using the same underpinnings.  Doing this makes it faster and potentially cheaper to build out new models of vehicles (you won’t have to design a new chassis each time out), as you’re simply working on everything else that goes on top. According to the outfit, the platform can suit the needs for over 75 percent of the most common passenger and light-duty commercial vehicles in the market today, so the same underpinnings can be used for everything from regular cars and taxi cabs to pickups and delivery trucks. 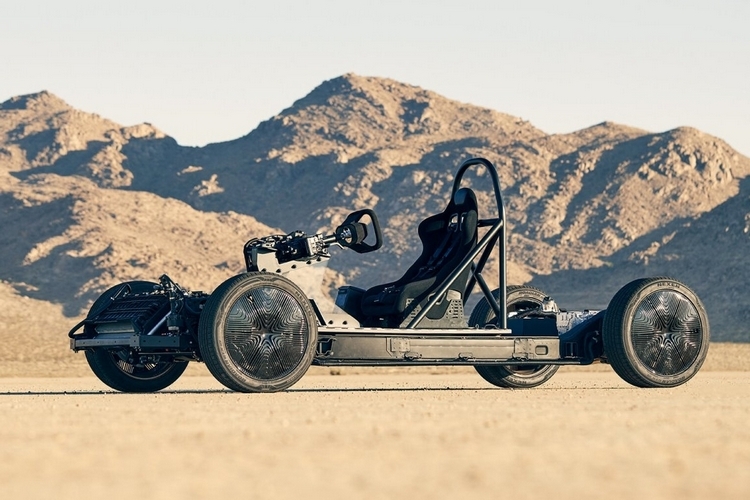 The Canoo Skatecart’s platform comes with a drive-by-wire system for steering, throttle, and brakes that has no direct connection to the wheels (everything is digitized), making it an ideal starting point for a variety of car designs (you can put the driver literally anywhere), including ones meant for pure autonomous driving. It’s equipped with two motors that, together, produce 500 horsepower and 558 pound-feet of torque, so there’s plenty of muscle here, regardless of what vehicle you decide to build it into, complete with a range of around 250 miles. 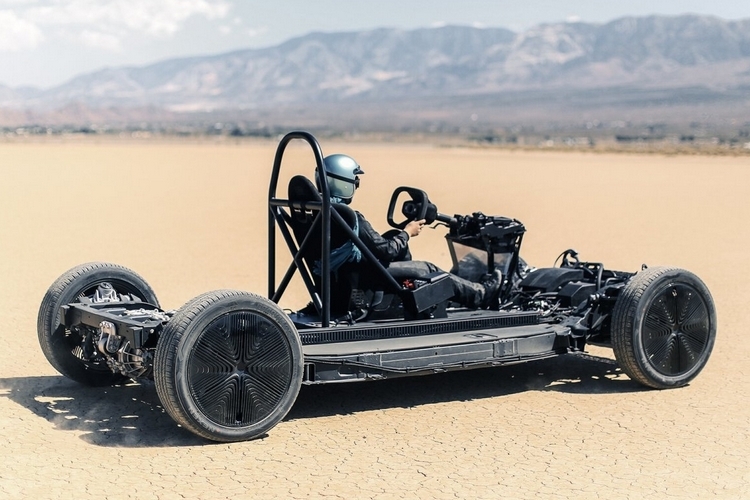 According to professional racer Sara Price, who test drove the Canoo Skatecart, it was quite the treat, with the drive-by-wire system making it feel really smooth and dynamic. Of course, since the car will never make it to production, we’ll just have to take her word for it.

You can check out the drive demo in the video below.