CanopyStair Lets You Add Spiral Stairways To Your Favorite Tree 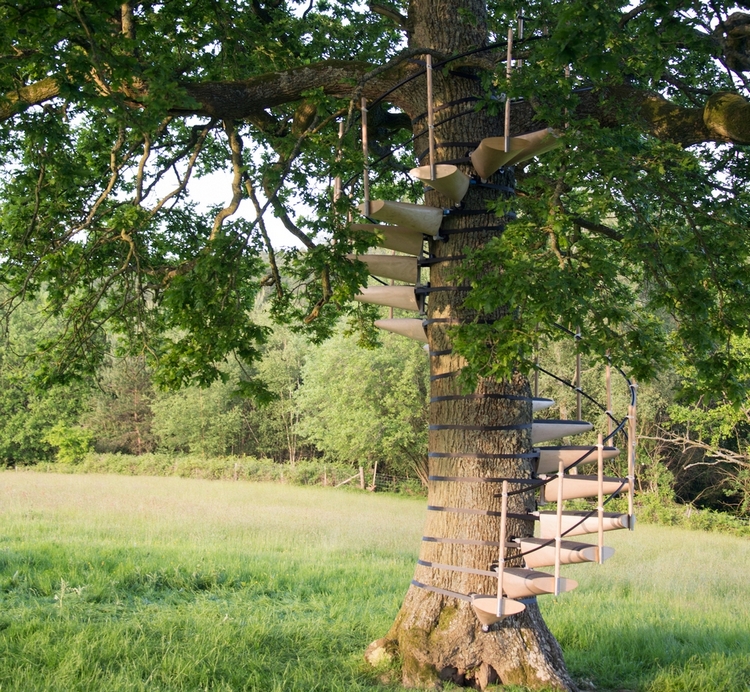 Most tree houses are equipped with a ladder for climbing, but that’s mostly because the people who built them aren’t quite up to task when it comes to building a proper flight of stairs. If the CanopyStair ever makes it to production, that won’t be necessary, since folks can just install them on the tree to equip it with a safe and sturdy staircase.

Designed by Robert McIntyre and Thor ter Kulve, it’s a spiral staircase that can be installed to wind around trees, so the kids can comfortably climb up and down without the hazards of traditional ladders. Even better, it can install without the use of traditional fastening hardware like nails and screws. As such, it can be easily removed for use in another space, so you can take the stairs from the tree house at home to set up a tree shelter at the camp where you’re adventuring in the weekend. 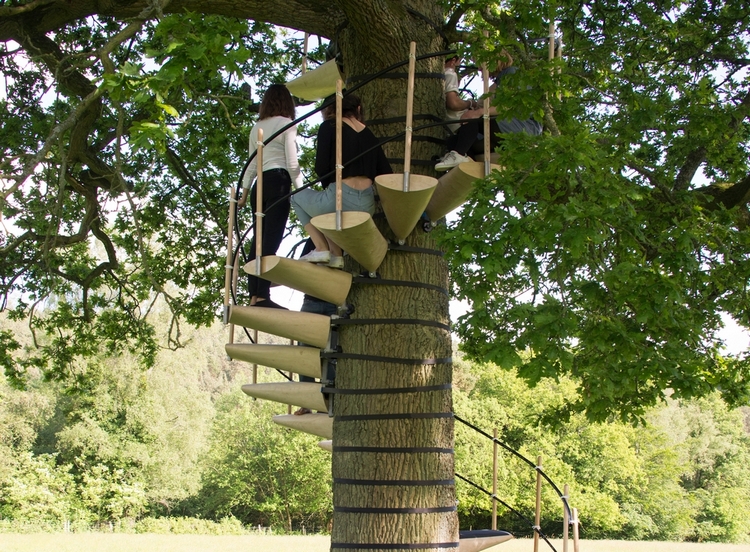 The Canopy Stair uses individual ratchet straps to quickly fasten each step onto the bark of a tree, securing it in place, ready to support folks making their way up.   Each step is attached to the strap using a cast aluminum tripod frame, which should keep it from wobbling during use. It features birch plywood steps, black plastic handrails, ash wood pole railings, and rubberized treads to ensure no one slips during their ascent. Seriously, this thing could be useful even when you don’t have a tree house, giving folks a way to easily climb trees and enjoy the view from up high. 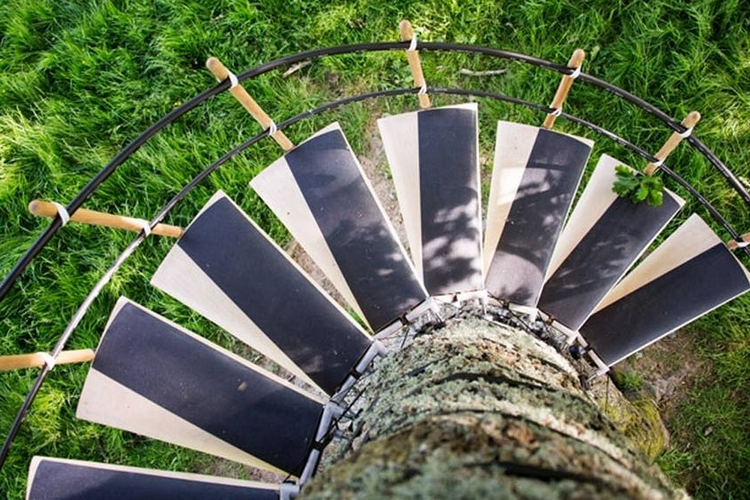 Unfortunately, the Canopy Stair is just a concept prototype for now, with no immediate plans for production. You can check out more details about the project directly from its own website.