A Car For The Blind…What?!? 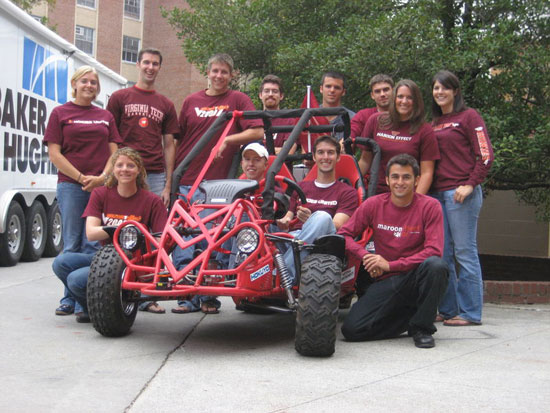 Sometimes, an idea sounds so ridiculous it just might be worth the try – and a car for the blind certainly ranks high on the strange-o-meter.  A team of twelve scientists at Virginia Tech are working with the National Federation for the Blind to produce one, aiming to build a working prototype to unveil early next year.

The first version of the car is a modified beach buggy first shown last year, armed with laser range sensors to detect objects in the vicinity that it translates to the driver using audio cues and spoken commands.  The new version, which is being prepared for a February 2011 demonstration, will bring the upgraded tech to a car you can actually see on the highway – a modified Ford Eclipse sport utility, bringing the admittedly crazy idea even closer to reality. 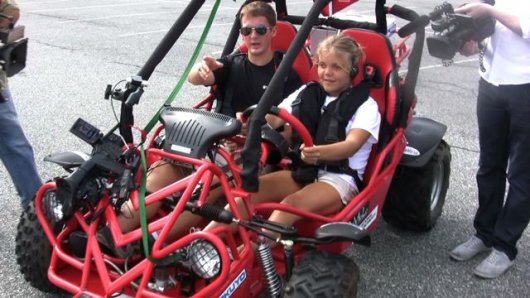 Aside from the sensors it will inherit from the buggy, the new vehicle will get a whole host of capabilities that will allow visually-incapable drivers to use it in real-world driving scenarios.   Likely inclusions on the car currently being fleshed out consist of a vibrating vest that gives the driver input on speed, vibrating gloves that tell the driver when and where to turn, and puffs of compressed air aimed at the face to alert them of obstacles on the road. 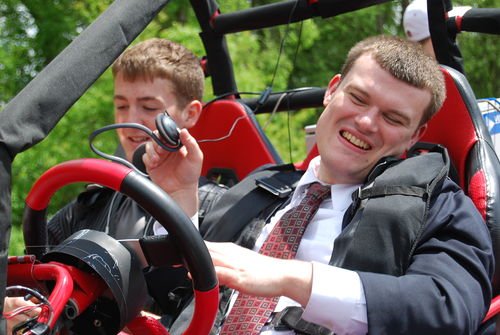 Obviously, this isn’t the kind of automobile technology you can expect in showrooms the next time you buy a replacement vehicle.  Stevie Wonder ain’t parking next to you any time soon.  Given a few years and a lot of work, however, a car for the blind just might actually end up being a reality.