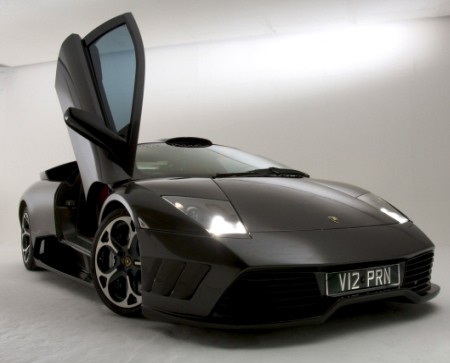 Back in 2008, the €1 million Reventon went on sale as the most expensive Lamborghini in existence.  This year, it’s time for the Reventon to fade into the background as a new one-off vehicle looks to take its place.

Crafted by British tuner Prindville Prestige, the new carbon-fiber Murcielago LP-640 is set to take its place at the top of the modified Lamborghini scales.  Prindville, who specializes in bespoke luxury vehicles, has completely restyled the car, leaving it loooking meaner more aggressive than ever.

Bodywork, for instance, has been dressed up almost entirely in full carbon fiber (with the exception of the front compartment lid).   Interior changes run up to €330,000, which include hand-finished aluminum accents, two-toned leather upholstery and re-engineered aluminum air vents.  Other updates include electronic-controlled doors with no handles (for a more seamless appearance), a restyled engine bay cover, transparent cooling louvres, miniature cameras installed in the side mirrors, new front and rear valances, eye-catching sills and a new titanium sports exhaust system.