Cargo Node: Finally, Someone Made A Folding Longtail Bike 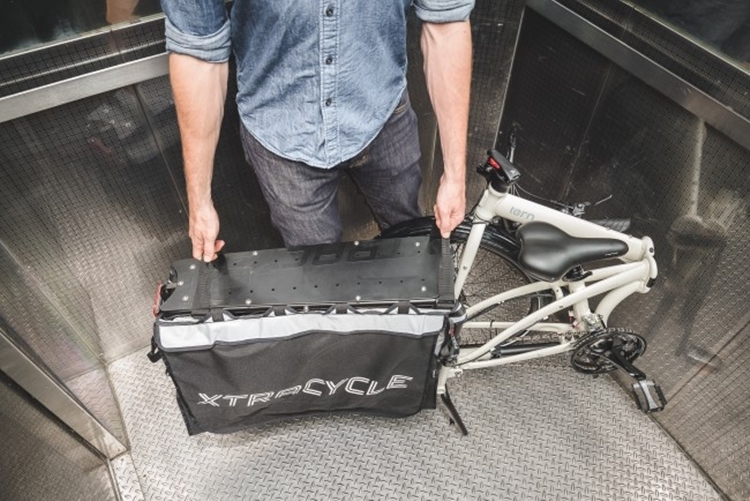 We’re big fans of the current breed of longtail bikes that can haul several hundred pounds of cargo, but aren’t quite impressed with how their size makes them so awkward to store. The Cargo Node is a new longtail bike that combines that ability to ferry heavy loads with a folding mechanism that allows it to squeeze into small places.

A collaborative effort between longtail bike builders Xtracycle and folding bicycle specialists Tern, the bike can haul up to 350 pounds of cargo (including rider), all while folding down into a third of its size. When folded, it’s compact enough to fit into an elevator, a corner of the apartment, or in the back of a taxi, giving you options in storage and transport that just isn’t available to ordinary cargo bikes. 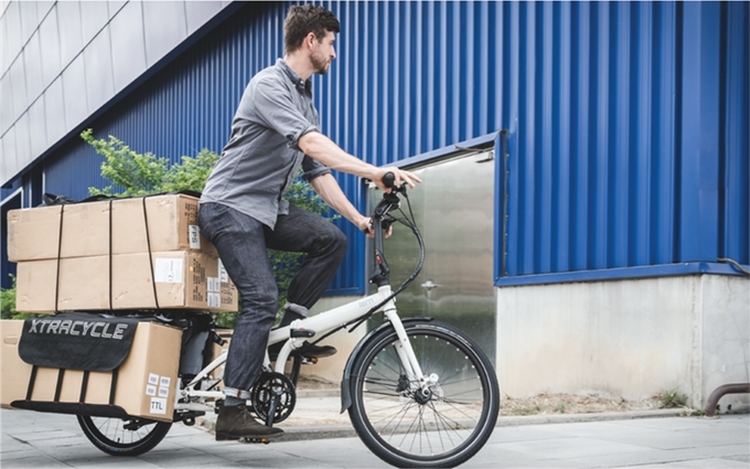 The Cargo Node is, basically, one of Tern’s Node folding bikes that’s been fitted with Xtracycle’s Leap Rack and CarryAll bag, so you can have multiple options in loading your cargo onto the bike. Both of those can be removed, by the way, so you can use it as a regular bicycle if you aren’t planning on transporting anything heavy. It can fit any rider between 5’2’’ to 6’5’’, so friends can borrow your bike if they need to haul a keg and other supplies for a party. 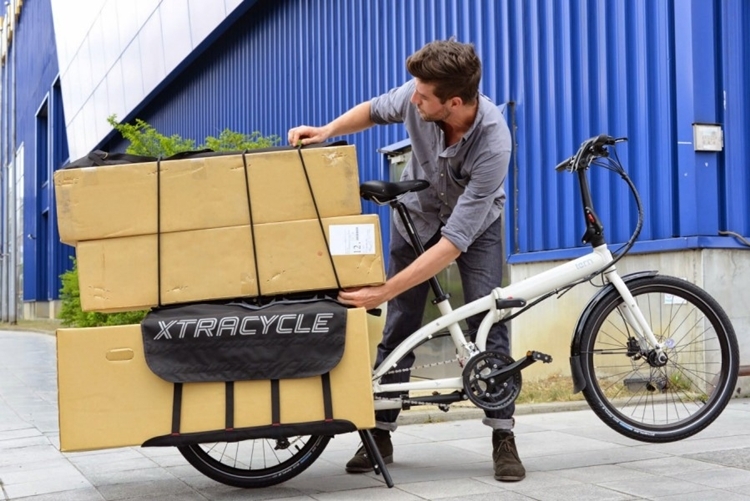 Features include a handlebar that can be adjusted in both height and distance, a dynamo-powered headlight, and even a hidden tire pump in the seatpost, so you’ll always have a way to fix flats without having to pack repair gear. Do note, this isn’t electric-powered, so your legs are going to carry out the work of hauling all the weight you’re transporting.

A Kickstarter campaign is currently running for Cargo Node. Pledges to reserve a unit starts at $1,500.