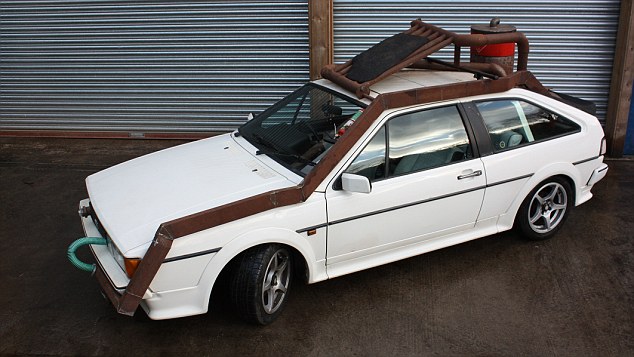 If coffee fuels you in the morning, why can’t it do the same with your car? We’ve known about coffee’s potential as a biofuel for a while. Now, somebody’s actually gone ahead and used it in the Carpuccino, an automobile that pulls its juice out of granulated coffee beans.

Created for the British show Bang Goes The Theory, the car will go on display at the Big Bang Science Fair in Manchester, as part of an exhibit to show off modern alternatives to petrol. Not quite the miracle fuel, though, it won’t exactly ease the grind of costly vehicle travel. In fact, it’s being projected to cost as much as 5000% more than regular gasoline to use. 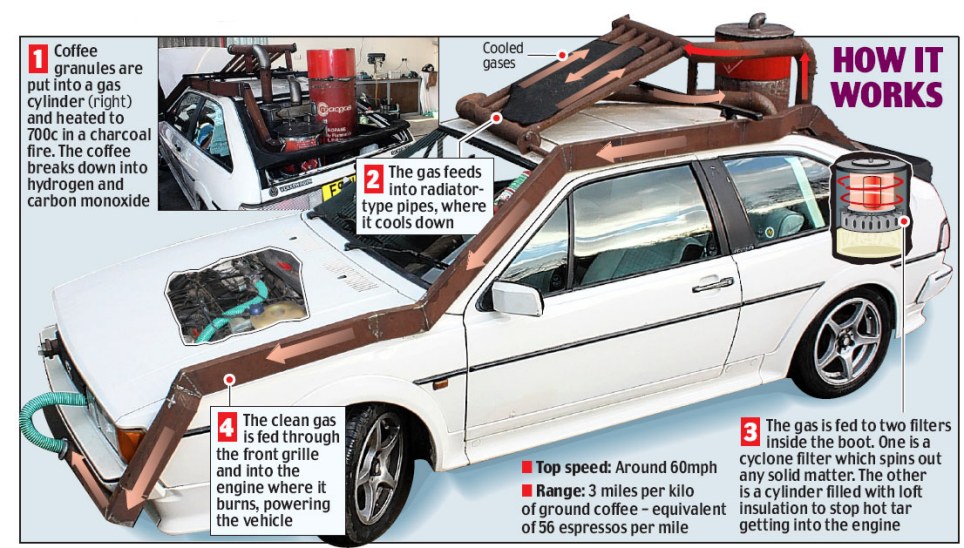 The Carpuccino is a modified 1988 Volkswagen Scirocco, rigged to accept coffee granules as its fuel of choice, just like how God made you (except you prefer your beans in the form of scalding hot macchiato with a hint of cinnamon and the milk shaped like bunnies…awwww). It requires very dry coffee in pellet form (to allow air to move through the pile), which it burns at 700 degrees Centigrade in charcoal fire. On the road, it manages a top speed of 60 mph and can travel three miles on one kilo of the caffeinated fruit.

To show off the tech, the show’s producers have arranged for it to be driven some 210 miles between Manchester and London, using up a total 70 kilos of erstwhile Starbucks fare. It’s expected to require a refill of granules every 30 to 45 minutes, as well as cleaning of the filters every 60 miles.

Obviously, this makes the Carpuccino neither an environmentally-conscious effort nor a sensible, economical car, even if you use the cheapest, crappiest-tasting coffee you can find. It does give an absurd, new meaning to the term “luxury car,” though.