15,000 Pennies Were Joined To Build This 6-Foot Tall Caryatid Sculpture 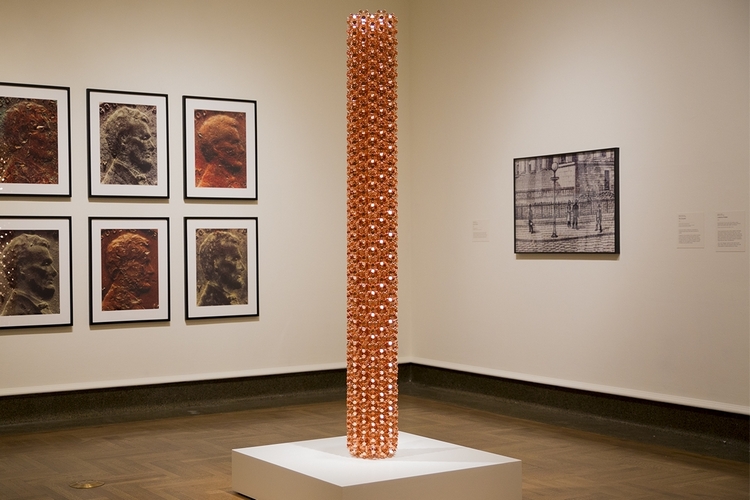 If aliens made a tractor beam that’s designed to pick up all of Earth’s pennies into their spaceship, we’re guessing the resulting scene will look a lot like the Caryatid, a vertical column made up of pennies that look like they’re floating in mid-air.

Created by artist Robert Wechsler, the coins aren’t floating freely, of course. Each penny is actually notched before being joined together at the notches, forming a dodecahedral lattice that stands over six feet tall and measures nearly a foot in diameter. 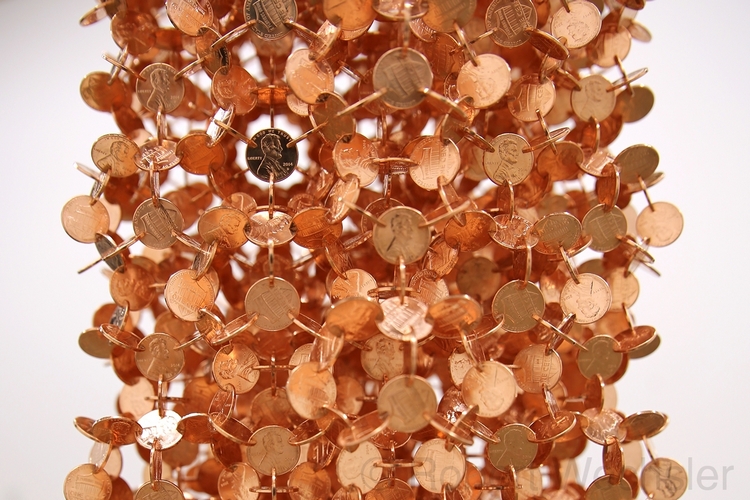 Unlike the architectural pillar the name is taken from, the Caryatid doesn’t resemble the appearance of a draped female figure. Instead, it’s just a vertical mass of coins arranged in geometric patterns that make it appear like a particularly-decorative architectural column that supports a classical building’s entablature. A total of 15,000 freshly-minted 2014 US pennies (which totals to $150) were used for the sculpture, each one individually notched and linked together. 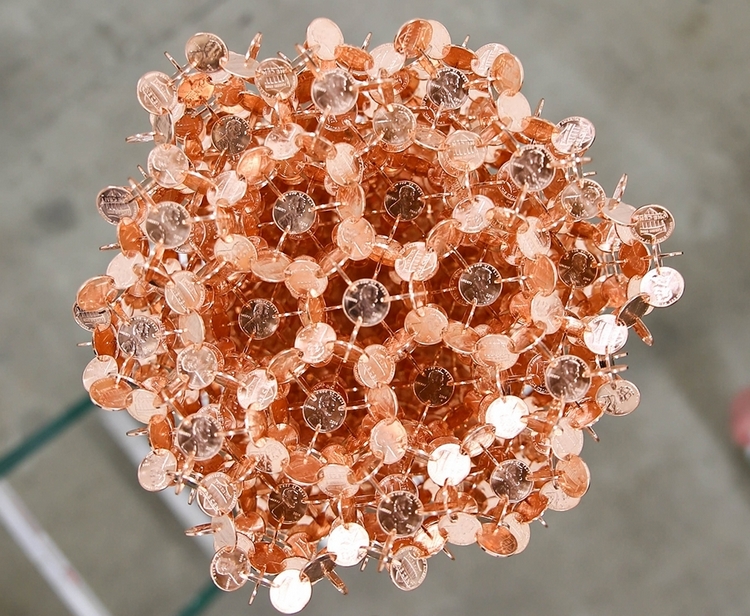 We don’t know if the coins are held together strictly by the notches or if adhesive is used to bond them tightly. We’re assuming the latter because this should end up being hell to transport if they aren’t (accidentally bumping into one link and having the whole thing crumble down is totally plausible).

The Caryatid was originally displayed at the Columbus Museum of Art in October of last year.