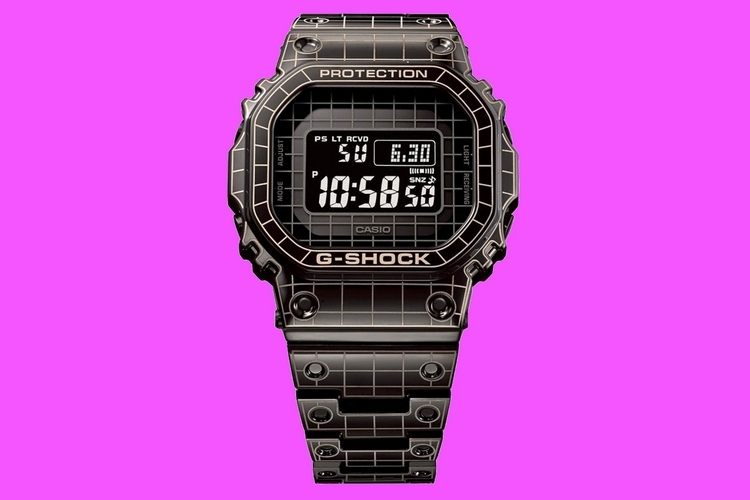 We’re big fans of G-Shock’s Full Metal line, which decks their classic digital watches in all-metal cases and bands, giving the erstwhile casual timepiece a more refined appearance that you just don’t traditionally associate with G-Shocks. With the new Casio G-Shock Full Metal GMW-B5000CS, they use that all-metal build to give the timepiece a legitimate 80s sci-fi vibe.

Like other watches in the Full Metal line, the timepiece reimagines the original G-Shock, which is traditionally a plastic-and-rubber model, as a modern luxury watch, giving it a classier look by using premium materials like steel, titanium, and gold. For this one, though, they’re taking an even bolder step in experimenting with colors, materials, and surface finishes, turning out a watch that just absolutely stands out. 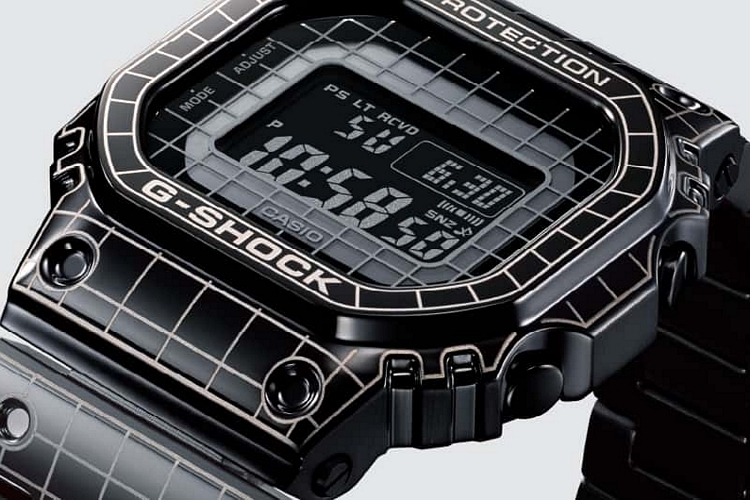 The Casio G-Shock Full Metal GMW-B5000CS is an erstwhile regular model in the premium line, with a stainless steel build and a blacked out black ion finish. Instead of stopping there, though, they decided to laser-etch a pattern that the outfit refers to as a “time tunnel,” which is a continuous grid design that covers the entirety of the watch, from the case and bezel to every link on the stainless steel bracelet. Why is it a time tunnel? We’re not entirely sure, but if you’ve ever seen sci-fi movies from the 80s, this type of lattice imagery was often used to represent virtual worlds and space time connections, so it’s likely Casio is trying to harken that kind of visual.

While the grid is often used in sci-fi movies and video games, the effect here, luckily, isn’t quite as geeky as watches we typically see based on those mediums. In fact, it looks downright cool, especially if you appreciate good-looking watches that take a wholly different tact from the norm. 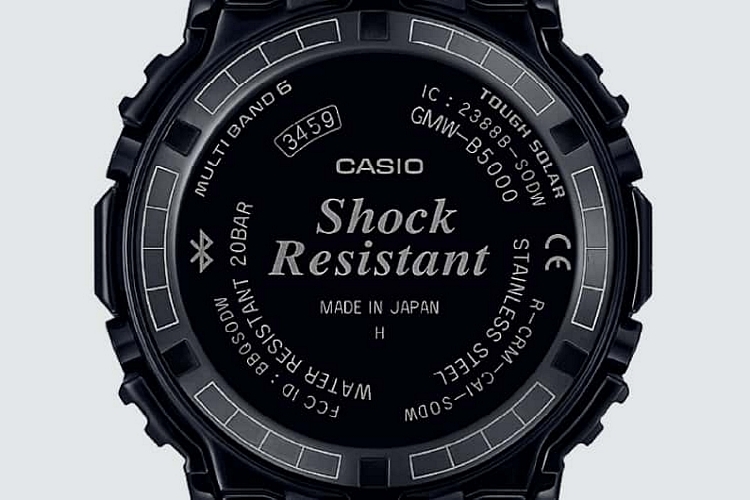 The Casio G-Shock Full Metal GMW-B5000CS uses the outfit’s Tough Solar power system, which charges the onboard battery using both natural and ambient light, a full charge of which can last around 22 months even if you’re stuck in a cave without light that entire time. There’s onboard Bluetooth and the ability to pair with your phone, allowing you to use it with any of G-Shock’s compatible apps, which should further enhance the experience of using the timepiece by adding connectivity to the mix.  While constructed differently with its stainless steel build, the watch retains the same rugged qualities as standard G-Shocks, touting both shock and impact resistance that will survive the rigors of daily use, all while getting a water resistance rating of 200 meters. 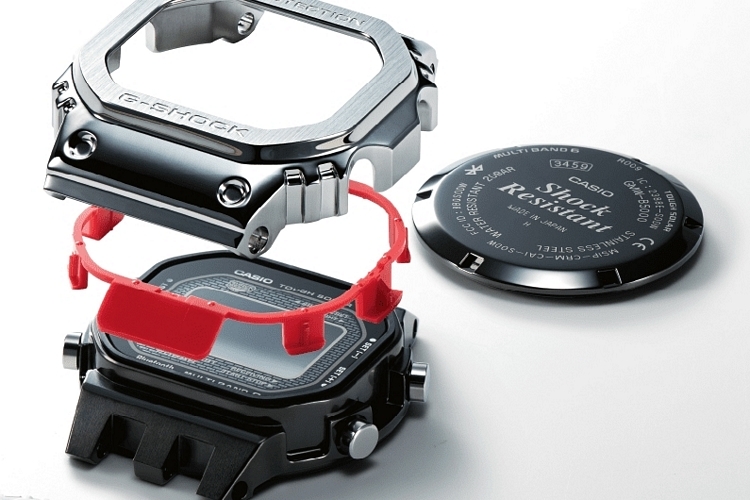 Want one? No word on availability for the Casio G-Shock Full Metal GMW-B5000CS yet, but it should be out sometime this year. Price is expected to be around $875.