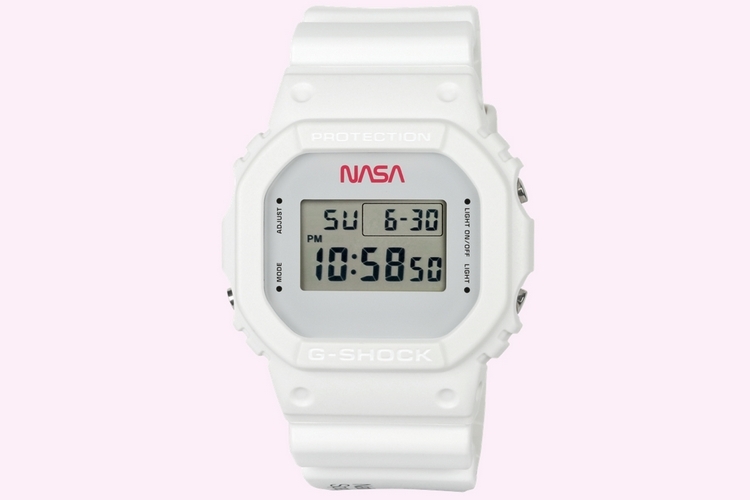 We love jackets that make you look like an astronaut. Not everyone can be smart, fit, or driven enough to make their way into space, after all, but we sure can dress like we absolutely killed it last month at the International Space Station. Problem is, what the heck else do you wear to make your casual astronaut garment just a little more convincing? While those Reebok Space Boots could work, we’re really partial to this Casio G-Shock NASA Watch.

A limited edition timepiece, the watch is, basically, nothing more than an all-white DW-5600 G-Shock model (you know, the original G-Shock), with some NASA labels thrown in to give it a unique accent. While that sounds simple enough, the result is actually quite glorious, making this look like a watch that you can pass off as something only “real astronauts” like you would have in your watch collection. You can even throw in an, “Of course, we wear G-Shocks in space, these things are indestructible.” Or something like that. 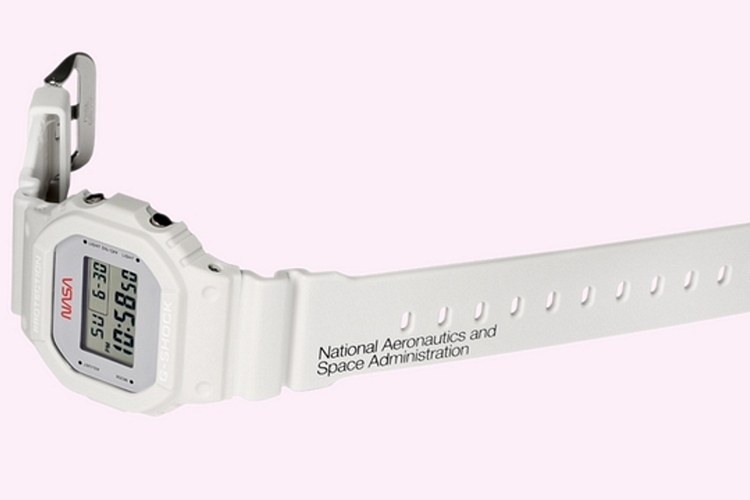 The Casio G-Shock NASA Watch (model number DW5600NASA20) casts the whole square case, bezel, and band in a stark white color, complete with all the engraved sections, so you get the complete opposite of a blacked out timepiece. You know, a whited-out watch or whatever cooler name you can come up with. The buttons, however, remain in their usual gray colors, probably to make them easily identifiable, as well as the function labels, so you don’t strain your eyes trying to read white letters on a white background, which is downright impossible.

It gets the NASA logo in bright red at the top of the watch face, along with the full name of NASA on the lower part of the band in black lettering.  At the back of the case is an engraving of the moon, allowing you to show it to people, point at a random section, and exclaim, “See that crater… that’s where I landed last time we went to the moon.” 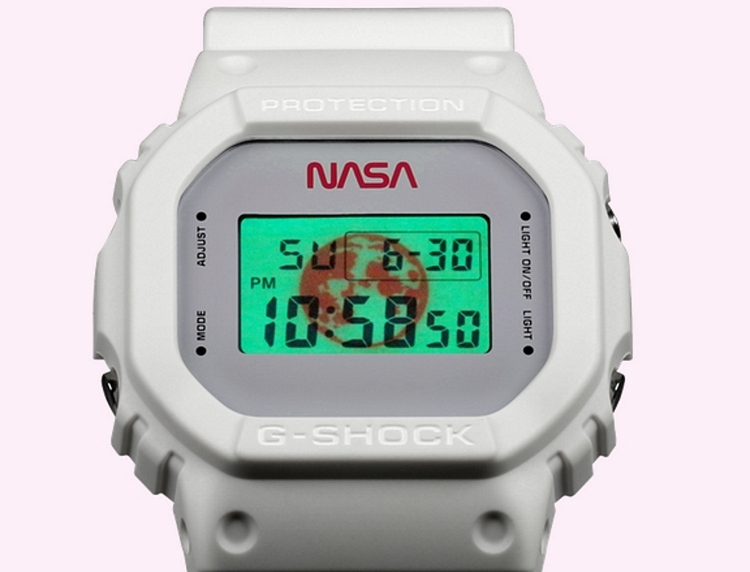 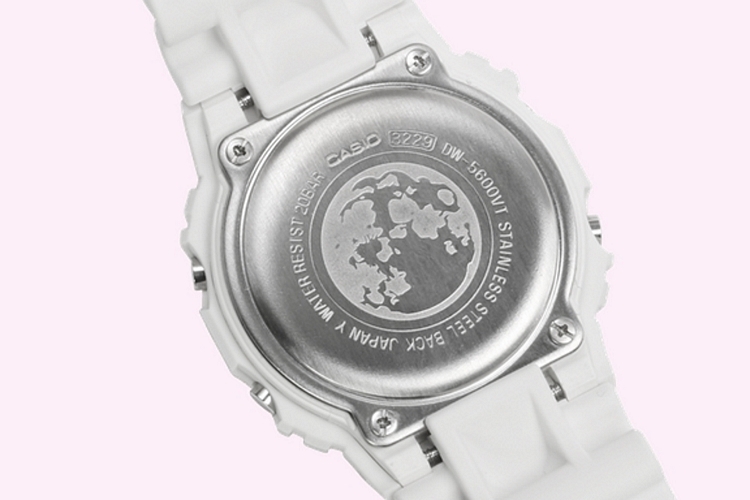 Time functions include all the usual suspects, from standard timekeeping and a full stopwatch to alarms and 12/24 hour format. It also has a full calendar up to 2099, so you can pretend to plan your next trip to the space station, as well as the exact date you will go on a spacewalk. It doesn’t seem to have the more advanced auto-adjustment capabilities of modern G-Shocks, which, we don’t mind, since this is all about looking like an astronaut and it definitely does the job.

The Casio G-Shock NASA Watch is available now, priced at $130.