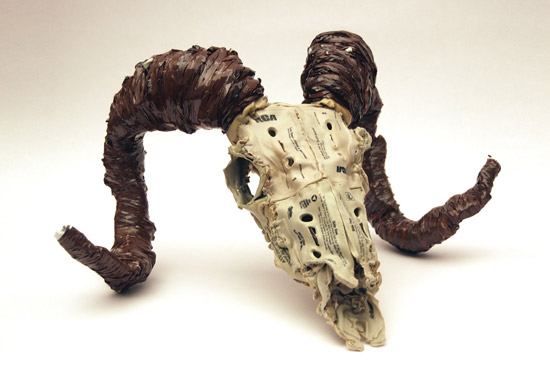 Still got a stash of cassette tapes from years past?  Rather than throw them out, you might want to draw some decorative ideas from these skull designs, which sees the old audio recording formats turned to snazzy-looking sculptures.

Atlanta-based artist Brian Dettmer began fashioning the creations back in 2005 and has produced quite a large set of cassette tape skeleton figures.  To date, he has put together twelve human skulls, one full human skeleton and a number of creations mimicking animal bones. 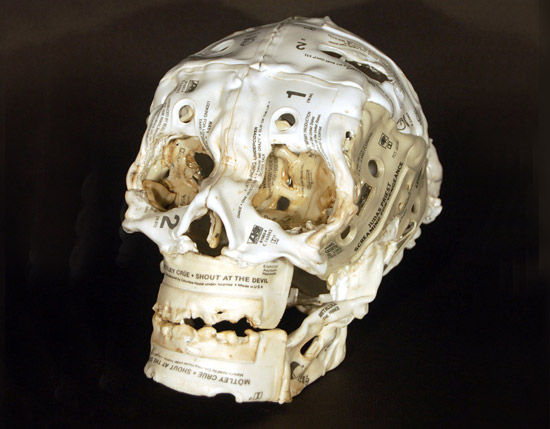 The base figures are built out of the deformed cassette tape bodies, which are put through heat to achieve their warped shapes.  Cassette ribbons are wrapped to accentuate certain parts, such as around the horns of the animal skulls. 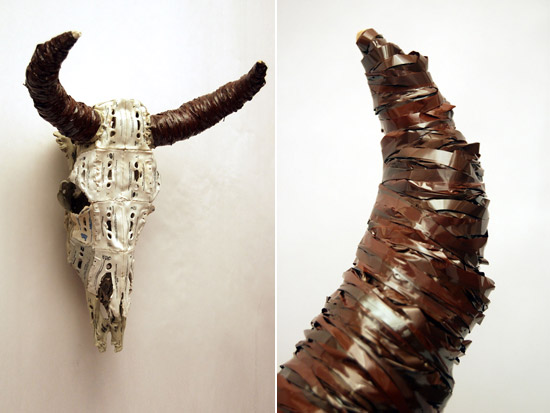 Brian seems to restrict himself to white-colored cassettes, which makes sense for the skeletal subjects.  Can’t imagine how he gets all of it, though.  Given that cassettes have been largely dead for over a decade, you must really have to visit a huge lot of flea markets in order to find that many white tapes. The largest piece he has made reportedly used as many as 180 individual pieces, which is a whole lot of freaking Walkman music.

Check out the Design Boom link below for more photos of Brian’s cassette tape skull creations.