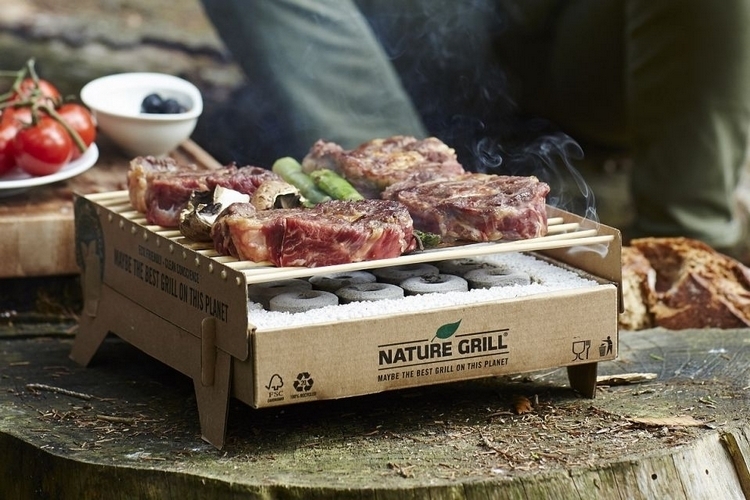 Disposable grills are great, as they let you cook in the outdoors without having to do any preparations or perform any clean up afterwards. Problem is, every disposable grill we’ve seen so far contains non-biodegradable parts, making them less appealing for those who like to leave as little environmental footprint as possible. The CasusGrill changes that.

Billed as a sustainable instant grill, the rig comes with 100 percent biodegradable parts, ensuring you can leave it in the trash after you’re done without adding to the pile-up in the nasty landfills scattered across the world. That’s right, no foils and no plastics that will require recycling whatsoever – just all-natural parts that won’t leave the planet any worse for wear. During disposal, you can simply throw the grill into the trash, as well as torch it in your campfire as additional fuel, since the whole thing can burn into dust without any issues. 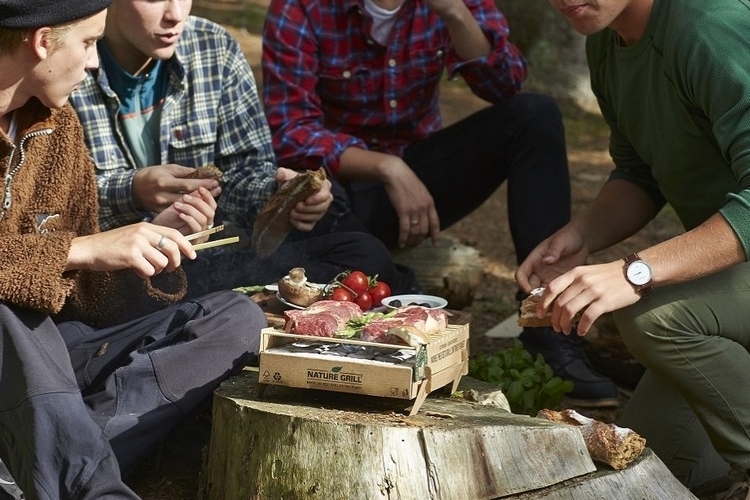 The CasusGrill has a body made from FSC-certified cardboard, so your grill is literally a paper product. We know, cardboard should burn rather easily, making it a questionable choice for a grilling product. In this case, however, the cardboard’s interior is lined with naturally-occurring lava stone, which absorbs all the heat coming from the coals, keeping it from igniting the cardboard housing. In fact, the stone is so effective at absorbing heat, you can safely touch the grill while cooking (no burnt hands), making it possible to move locations in the middle of a grilling session. That also makes it safe to set down anywhere since there’s no chance you’ll set anything aflame, unless you physically take out one of the briquettes. 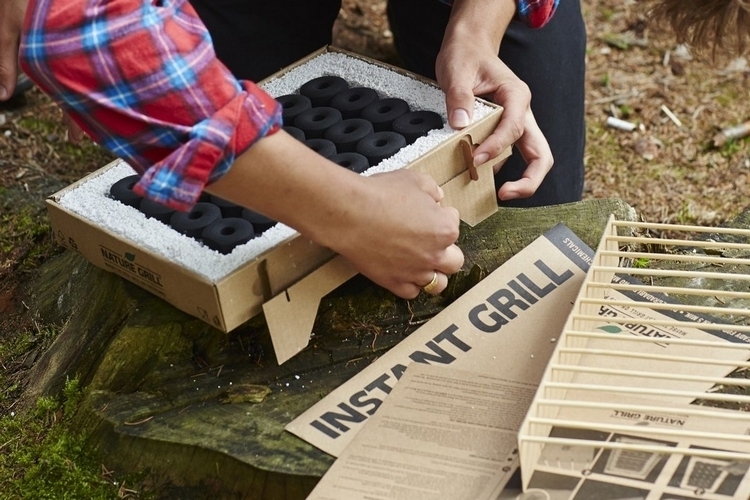 It pairs the cardboard and lava stone lining with grates made from bamboo, which doesn’t burn even when subjected to open fire. For the briquettes, they use Quick Oxilite bamboo charcoal, which can heat up enough to let you start cooking in just five minutes, all while lasting for up to an hour. It also delivers high, even heat, ensuring the entire grill surface is adequately heated, so all your food cooks at the same pace. Even more impressively, it uses 30 percent less coal than traditional disposable grills, slashing down its CO2 emission by a whopping 50 percent for even more sustainable performance. 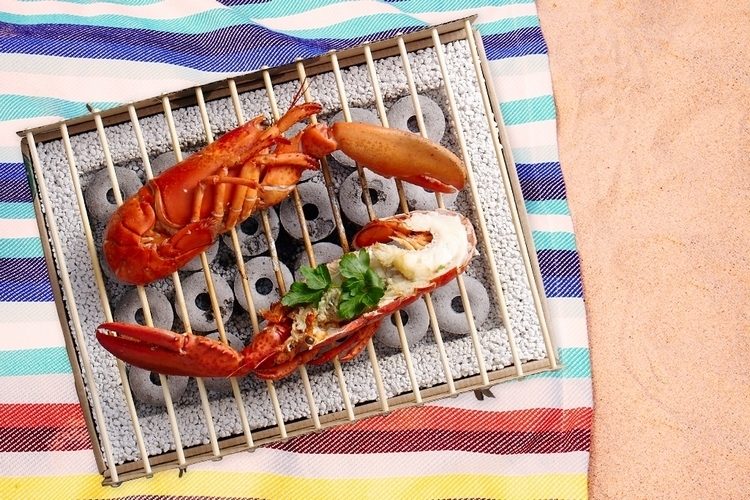 When packaged, the CasusGrill looks like a small pizza box (it measures 12.2 x 9.3 x 2.2 inches), so you should be able to throw it in the boot of the car or squeeze it into a backpack without any problems. It’s, pretty much, as convenient as any disposable grill, with the added benefit of being completely biodegradable. Or, in the outfit’s own words, their grills are “not built to last.” And, yes, that’s a good thing. Do note, the whole thing is packaged in a plastic wrap (to protect the cardboard from getting wet), although they use bio-plastic, which are derived from biodegradable sources rather than petroleum.

For now CasusGrill appears to be available exclusively in Europe, although we have a feeling that’s going to change soon enough. Price is £5.99.