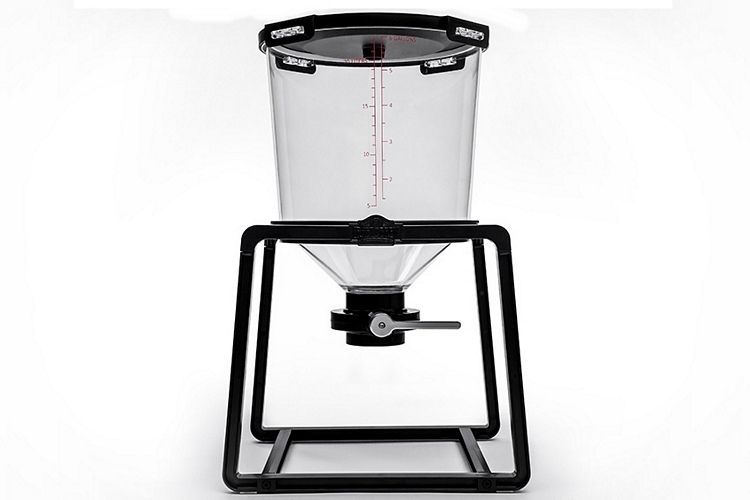 We’ve seen a couple of new products that attempt to simplify brewing at home, turning the erstwhile elaborate work into a set-and-forget affair. If you prefer sticking to the old-school way of brewing, though, maybe you’ll be interested in the Catalyst, a beer fermentation system that simplifies one of the more elaborate steps of the process.

In usual setups, the end of the fermentation process requires brewers to transfer the beer into a different container, allowing them to harvest the yeast and sediment that settle on the bottom. That transfer leaves the beer susceptible to contamination and oxidation, apart from taking quite a bit of work. This product eliminates that entirely.

Instead of having to transfer the beer, the Catalyst uses a container with a three-inch valve at the bottom that’s suspended on a highly-durable stand. That valve allows you to plug in a wide-mouth mason jar where the yeast and sediment are collected. As such, there’s no need for transfers – just close the valve and collect the jar after you’ve finished each round of fermentation. The container also comes with an opening at the top for easily pouring your freshly-boiled brew, along with a bottling attachment that plugs into the bottom valve for putting the beer in bottles and growlers when it’s ready. 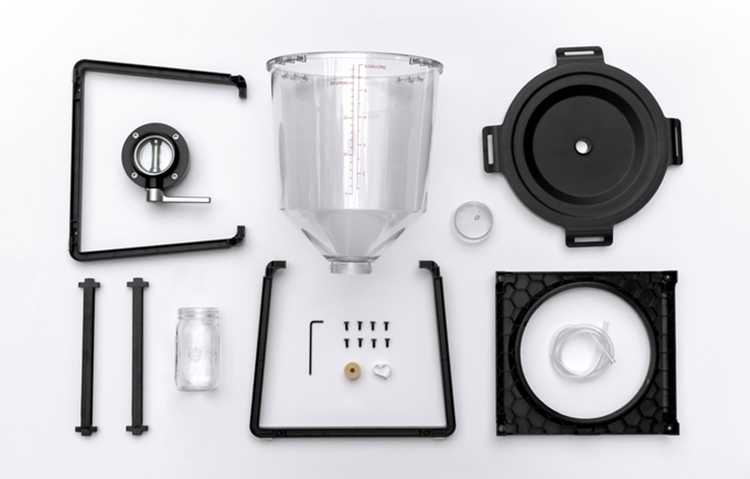 Features include a 6.5 gallon tank, Tritan polymer construction for the tank, removable silicone gaskets, and a four-latch lid for a secure hold. And, yes, you can easily clean it on the dishwasher.

A Kickstarter campaign is currently running for the Catalyst. Pledges to reserve a unit starts at $175.