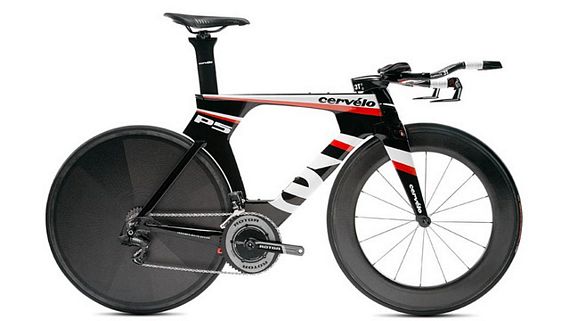 At the highest levels of competitive triathlons, most athletes are at a similar level of peak physical condition, so their gear plays a huge part in the kind of performances each athlete turns in.  So if you’re a competitive bloke angling for a first place finish, the Cervelo P5 is exactly the kind of ride you’ll want in your corner.

Billed as “the most advanced and the most aerodynamic triathlon and time trial bike ever engineered ,” it boasts 75 grams less drag than Cervelo’s previous effort.  According to the company, this can allow it to save as much as 30 seconds in a 40-kilometer time trial. 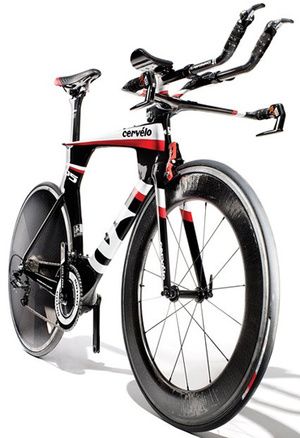 The Cervelo P5’s frameset isn’t just the most aerodynamic the company has made, they also claim it to be the best fitting , apart from having the best match of stiffness and comfort.  The frame is covered in a unique skin that’s tuned  to optimize airflow conditions at each point throughout its length.  Other notable features include the Aduro aerobar (world’s fastest and best-fitting), 100% hidden cables, ultra-light hydraulic brakes, a tapered rear edge on the seat post and hidden compartments for your on-the-road snacks.  The entire thing weighs just 18 pounds.

As far as professional racing bikes go, the Cervelo P5 should easily find a place among the cream of the crop.  And it’s priced accordingly, with wallet damage starting at $6,000.