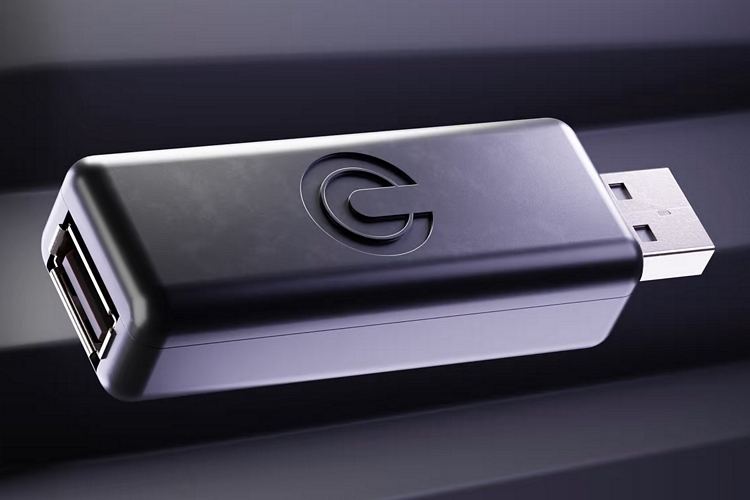 The average person can type 40 words per minute. Yes, that seems awfully slow, but that’s just how it unfolds on average when express your thoughts one character at a time. But what happens when your keyboard lets you express those same thoughts using multiple characters at the same time? The CharaCorder X hopes it will allow you to type a whole lot faster.

A USB peripheral, it plugs into your PC and gives you a dedicated USB port for plugging your keyboard, essentially serving as a hardware layer between the keyboard and the computer. Instead of simply passing your keystrokes to the PC, it filters it first. If you’re typing one character at a time, then it sends that character to the computer. However, if you’re typing three, four, or more characters simultaneously, it will identify what word you’re typing and pass that on instead, essentially letting you type an entire word in the time it will normally take to type a single character. 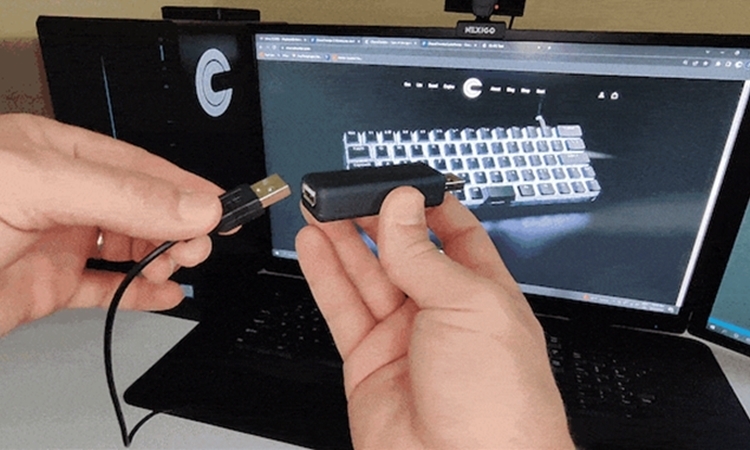 The CharaCorder X calls this process “chording,” which is, basically, stringing together character combinations to trigger individual words. It comes with a premade library of existing “chords,” so you simply have to learn the key combinations to get started typing at a faster pace. Does it have a learning curve? Of course, everything does, but if you’re someone who can benefit from faster typing, we imagine it’s worth it to put in the time to learn those combos. Do note, they have a web-based training tool to get you up to speed on the different chords available, which uses a recursive learning algorithm to help you learn as efficiently as possible.

Want to create your own combos? You can easily do that by defining new combos following a specific format in a text file, with the USB device able to hold 65,000 custom chords in its onboard storage. If you prefer a graphical UI, you can use their web-based chord manager tool, where you can create your own custom chord library and even import the chord libraries of other users.

The CharaCorder X is a plug-and-play device, so it works as soon as you plug it to a PC and plug your keyboard in, with no need to install any additional software, making setup an absolute breeze. It also works on any device running Windows, MacOS, Linux, Android, and iOS, so you can use it on, pretty much, any machine you use for typing. According to the outfit, the device’s ultimate goal is to help their users type at a rate of up to 250 words per minute, which they estimate to be perfectly plausible with the chording technique.

A Kickstarter campaign is currently running for the CharaCorder X. You can reserve a unit for pledges starting at $39.