Chargerito Is A Smartphone Wall Charger For Your Keychain 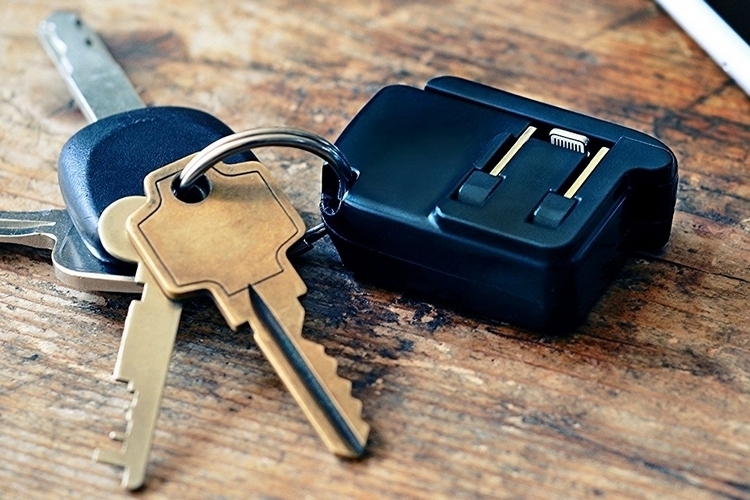 We’re always skeptical when a product bills itself as “the world’s smallest.” For the Chargerito, though, we feel like the billing is on the right track, as this smartphone charger looks no bigger than the car remote hanging on your key fob.

That’s right, it’s a charger that can plug into a wall outlet to juice up your smartphone’s drained battery, while coming in a size that’s perfectly convenient to keep on your key chain. No more excuse to leave a charger at home – this way, you’ll be ready to charge wherever there’s a wall outlet in sight. 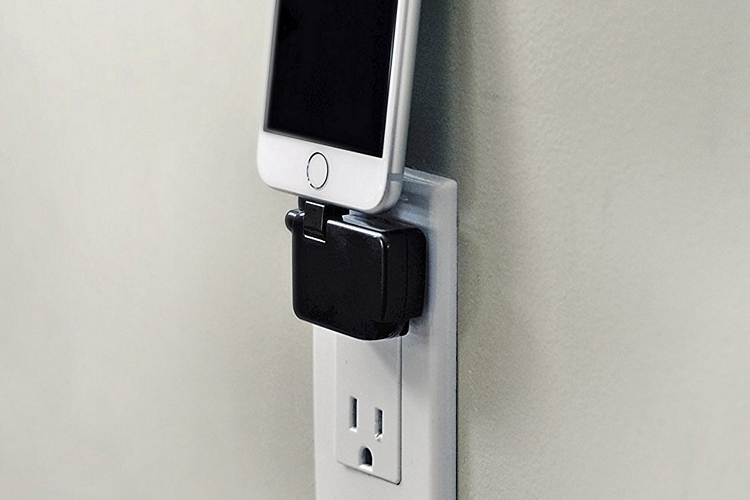 The Chargerito is a collapsible charger that folds small enough to fit in the coin pocket of your pants. Both the prongs that plug into the wall outlet and the connector that sticks into your phone fold flush into the charger’s body, so there’s absolutely nothing sticking out the whole time it sits in your pocket. During use, the side of the charger should sit flush against the wall, with the phone sitting at its top edge and leaning against the vertical surface. Do note, it’s only designed to use with wall outlets, so if you’re using a power strip, you might want to find a different charger (unless you’re fine with the sheer awkwardness of using the darn thing horizontally).

When docked on the charger, the phone is designed to face outwards (the screen is visible), so you can still see notifications, check messages, and perform other interactions with the touchscreen panel. Granted, you’ll have to walk over to where the power outlet is situated, but it, at least, leaves the phone functional, so you can still stay connected when necessary. Since the charger is designed to sit flush against the outlet, it can support the weight of most any phone or tablet you can put on the top edge. In fact, they have a demo video showing the charger supporting the weight of a phone with a closed laptop on top of it, so this should bear the weight of even the burly iPad Pro. 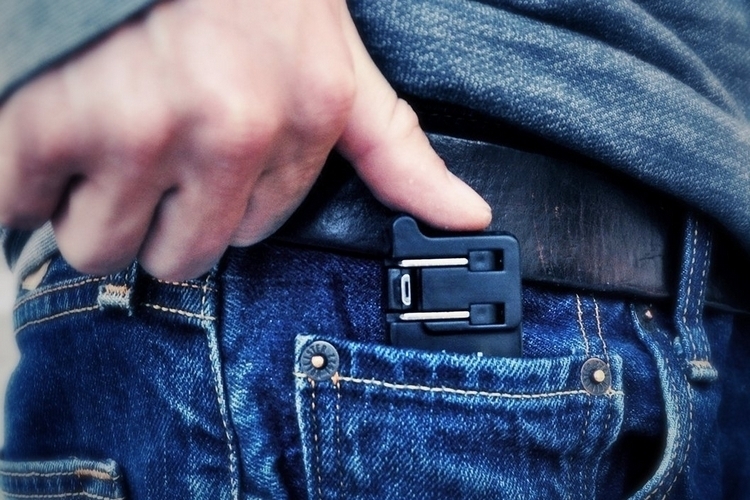 The Chargerito comes in two variants: one with a Lightning connector for Apple products and the other with a micro-USB connector for everything else. Both are relatively the same with one difference: the Lightning connector comes with a fold-out arm that’s required by Apple as added support, in order to qualify for the MFi program. It wasn’t integrated into the micro-USB version, as it doesn’t appear to be necessary from a design and usability perspective. 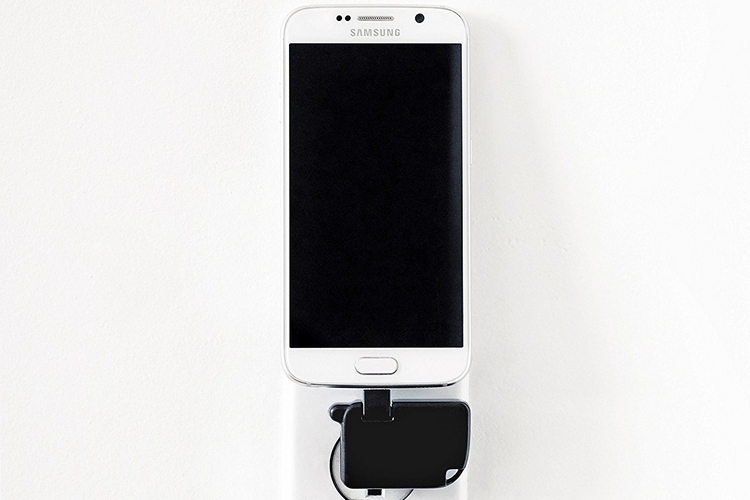 Can you charge your phone on this with a case on? It depends on the case. For Apple products, it’s designed to work with all MFi-certified cases, so it should accommodate all iPhone cases that adhere to Apple’s standards. For other phones, though, it will vary from product to product, although any case that’s reasonably slim should work with no issues. Rugged cases or those with integrated battery packs will, most likely, not be supported.

Originally an Indiegogo project, the Chargerito is available now. 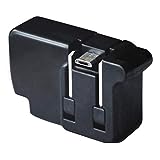