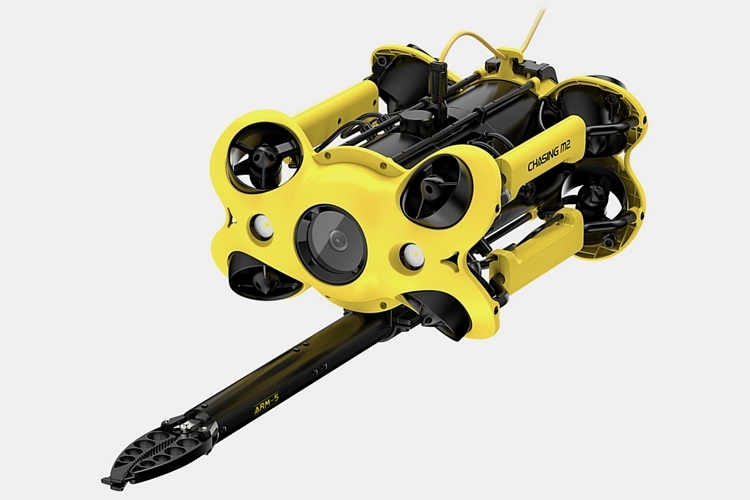 While quadcopter drones have long gone mainstream, the same cannot be said about their underwater counterparts. Suffice to say, there are way fewer folks looking to film underwater compared to those who want to capture the world from the skies. Those who want to do it, though, have some interesting options. Case in point, the Chasing M2 ROV.

No, it’s not a hobby-grade underwater drone for goofing around on the beach with your friends. Instead, the underwater ROV (remotely-operated vehicle) is geared towards professional users and industrial applications, albeit in a build and a price point that actually makes it quite viable for enthusiasts looking for affordable ways to explore the secrets that lie beneath the ocean’s surface. 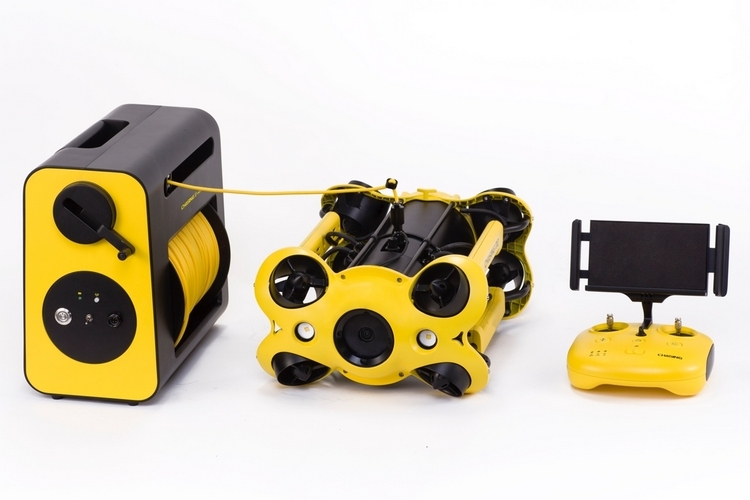 The Chasing M2 ROV uses eight individual thrusters mounted at different angles each, allowing the device to move in, practically, any direction for full 360-degree maneuverability.  From moving forwards and backwards to rising and diving to rolling, tilting, and turning to any direction, this thing allows you to switch directions on the fly, with no need to execute complex maneuvers to get it where you want to go. Suffice to say, if you see something interesting in the real-time feed as the drone glides underwater, you can immediately send it towards its direction.

Those thrusters are designed with the outfit’s “anti-stuck technology,” which, they claim, greatly reduces the likelihood of sucking in sand, seaweeds, and other debris (a common problem with underwater drones), so you can explore the waters without having to deal with such annoyances on a regular basis. Because of this, the drone should be able to handle any kind of complex underwater environment, whether it be a thriving coral reef ecosystem, a sunken pirate ship from the 18th century, or an erstwhile quiet lake supposed to be home to one prehistoric monster. 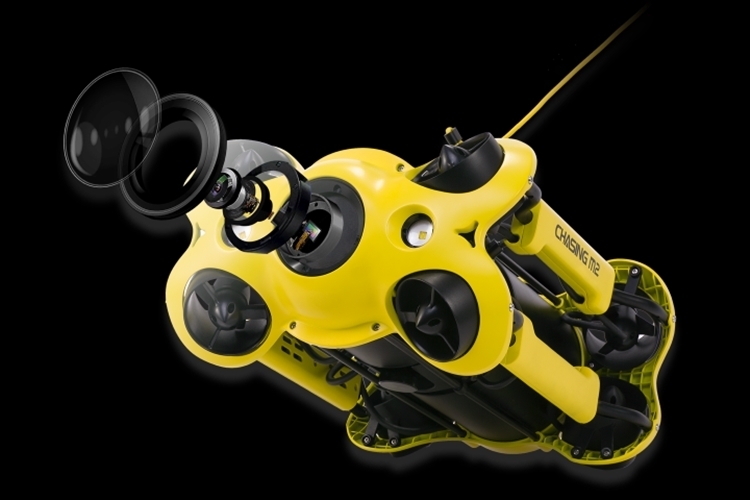 The Chasing M2 ROV has a Sony CMOS sensor that allows it to shoot 12 megapixel photos and 4K video at 30 fps with a 152-degree field of view. Two sets of 2000-lumen LED lights provide the needed illumination for the frame, ensuring you can capture underwater scenes clearly, with full color and detail. It can stream the footage directly to a smartphone or tablet mounted on the included remote (similar to an aerial drone), as well as save it on a removable SD card (up to 512GB) docked inside the drone. 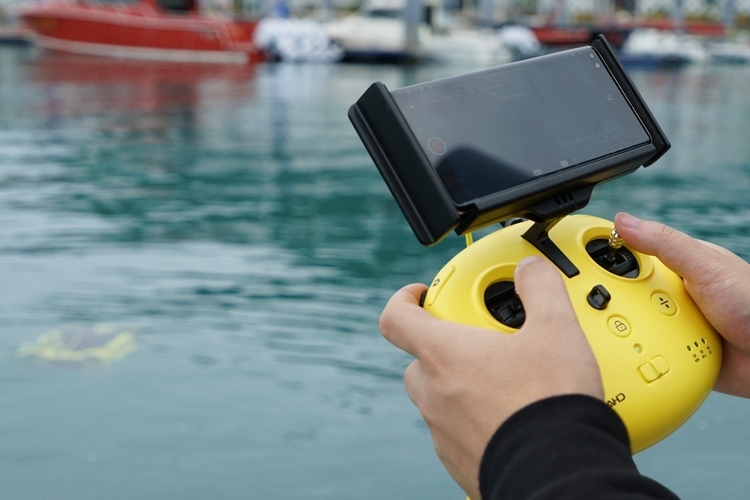 The drone can hover at any depth within its range at the push of a button, allowing you to focus on a subject you want to observe for extended periods. Features include a maximum speed of 3 knots, up to four hours of runtime (though it can go down to as short as two hours if it’s constantly moving), swappable battery modules (you can change batteries and drop it right back in the water), maximum diving depth of 328 feet, up to 650 feet of winding tether, and a range of optional attachments up to 3.3 pounds, including robot claws, laser scalers, and mounts for separate cameras.