Chessboxing: A Biathlon Of Brains And Brawn 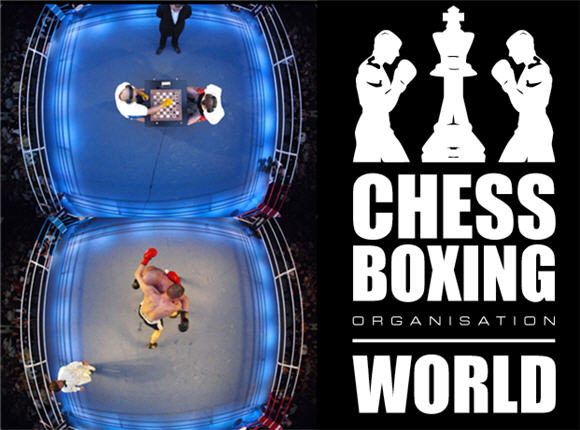 Fancy a challenge of both brains and brawns?  Take up the new sport of Chessboxing, which combines the mental rigors of competitive chess with the physical demands of knocking somebody out into oblivion.

Originally concocted as a sport in a comic book by French author Enki Bilal, the first Chessboxing world championships crossed over to real life in Amsterdam on November of 2003.  Since then, it has attracted more athletes and even has its own international governing body: the World Chess Boxing Organization (WCBO).

In Chessboxing, two individual players go through alternating four-minute rounds of chess and three-minute rounds of boxing, with a one-minute corner break in between.  The match is held over six rounds of chess and five rounds of fisticuffs, with either a K.O. or a checkmate putting an end to a contest.  In the event that the fight goes to the scorecards, a winner is decided based on both the results of the chess match (board advantage) and boxing points.

Hybrid sports has long been a favorite goofball pastime (think Baseketball), but this is the first time I’ve really seen one that looks pretty organized, complete with a governing body.  Even the FIDE  (World Chess Federation) chairman has a video going around of himself in a Chessboxing match, which lends the sport quite a bit of credibility.   Can you imagine an enraged boxer having to sit down for a round of chess after getting heated up in an exchange of blows?  That creates a hilarious picture.

Don’t expect to see it on ESPN anytime soon, but those interested in participating can contact the WCBO to find out how to join.  Yes, they do offer training.