Tilt Puts You On The Edge Of Chicago’s John Hancock Center 1,000 Feet Above The Ground 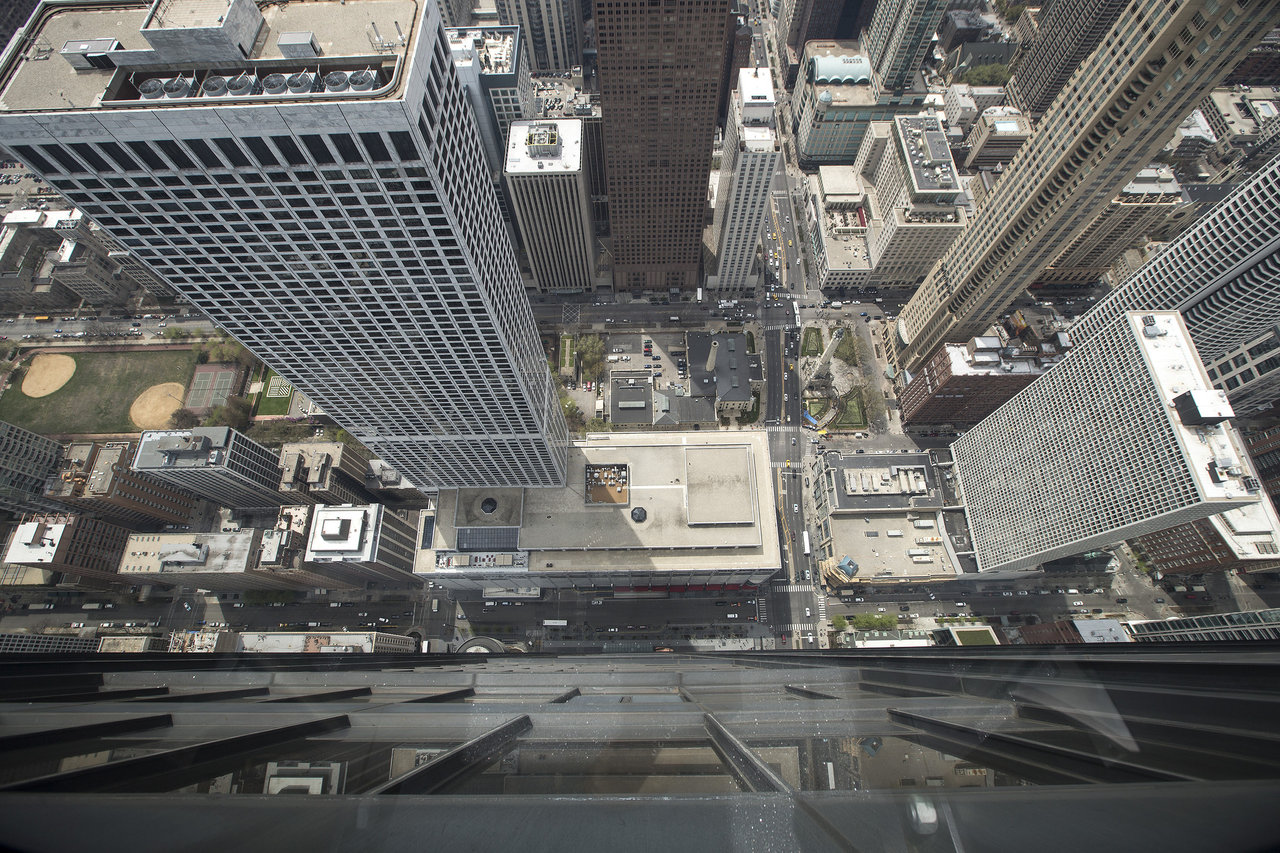 Because staring at the view from the top of a 100-story skyscraper isn’t thrilling enough to today’s jaded populace, someone came up with Tilt, a ridiculous ride at the 94th floor of Chicago’s John Hancock Center, which tips over the entire room you are standing on so you can watch the view while on the verge of falling over. Nice.

Operated by 360 Chicago (formerly John Hancock Observatory), the ride (they insist on calling it an “experience,” by the way) puts you in a steel room with glass windows along with seven other participants. You each take a station in the long glass window, grabbing on to stainless steel bars so you don’t fall face first to the glass when the room starts to tip over (unless you’re into that). 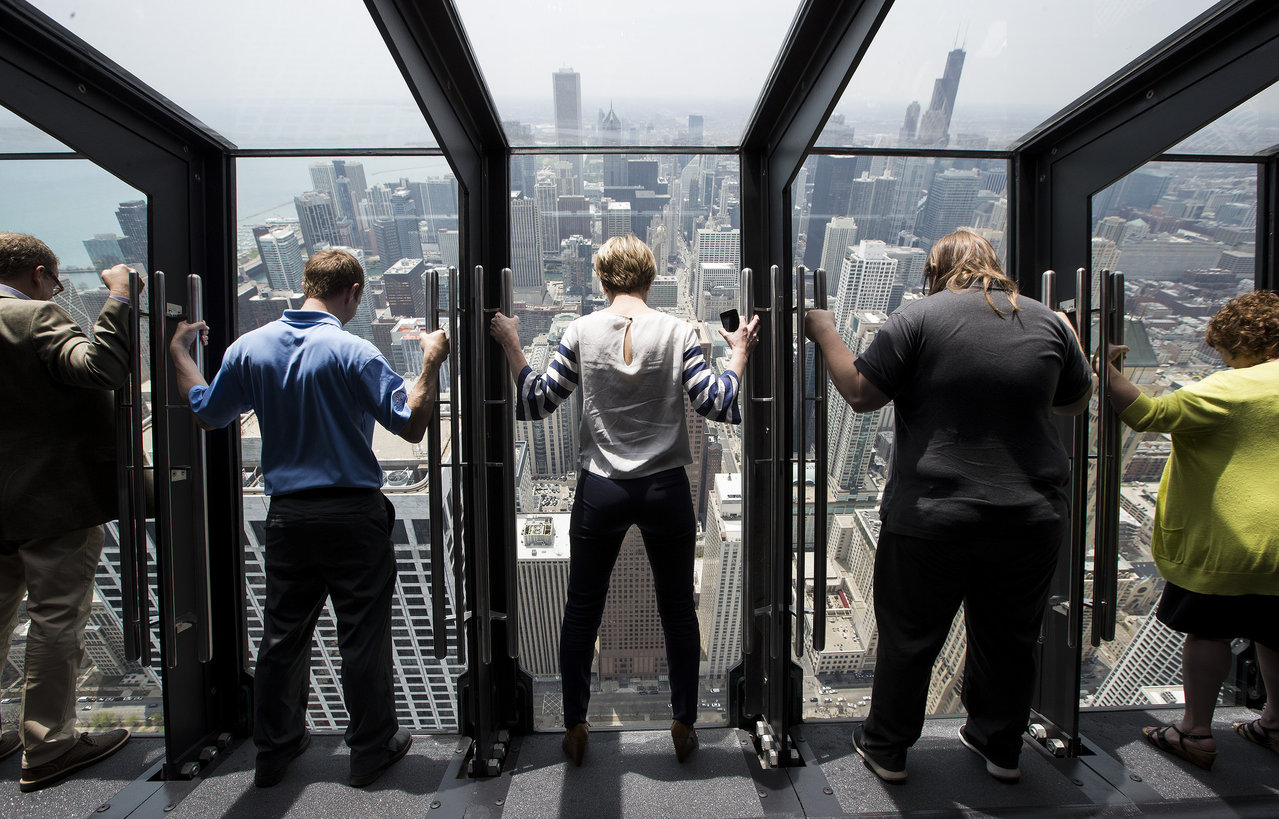 Once everyone is set, the room will begin to tilt (as in, the entire room slightly pops out of the building like it’s falling), eventually stopping at a 30-degree angle (from vertical), letting you stare at the Windy City’s bustle below while feeling like you’re about to fall to your death. Is it safe? Well, I don’t think they’d open it if it wasn’t. Is it scary? Imagine standing at the edge of a window 1,000 feet off the ground.  Then, imagine tilting your body forwards like you’re falling.  Yeah, not good.  Of course, you’re in a closed room with no wind blowing, so it’s probably less horrifying than that.  The entire experience of falling over and popping back up will last just 75 seconds. 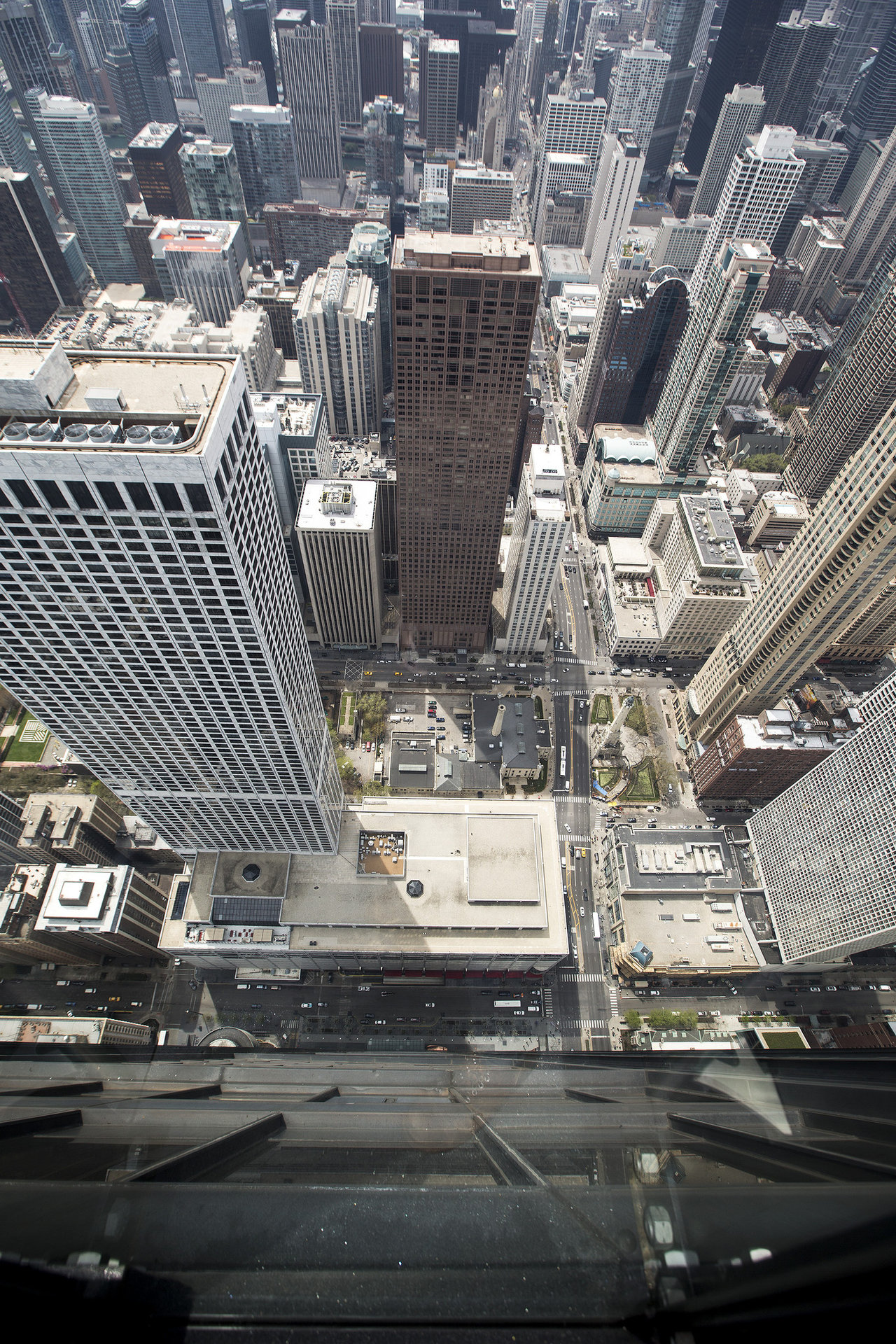 Tilt is now open, priced at $5 per ticket, although you’ll still need to pay the $18 general admission to the 360 Chicago observatory.