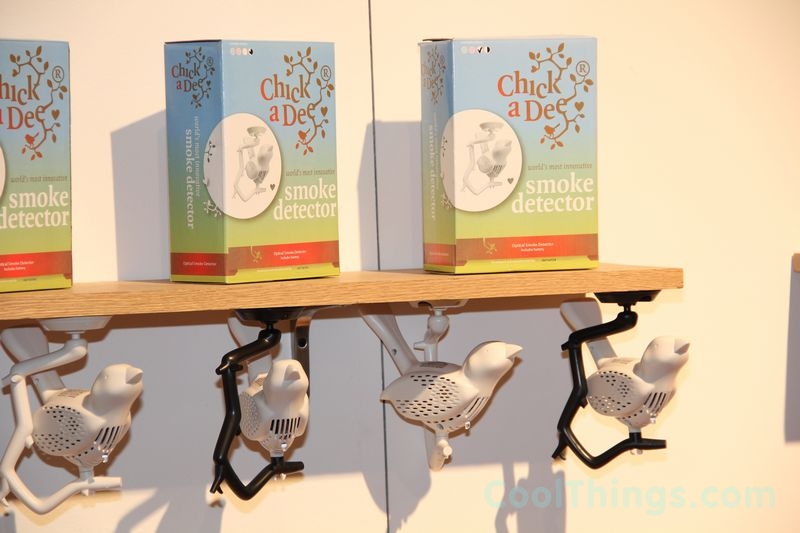 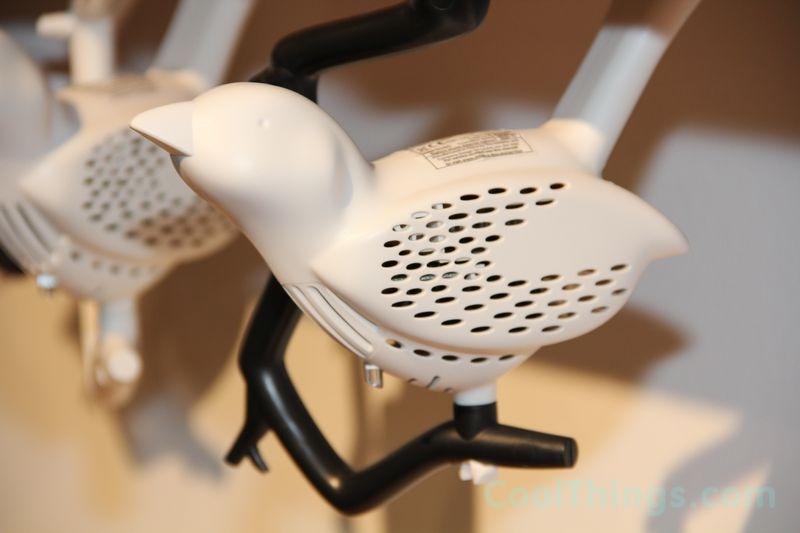 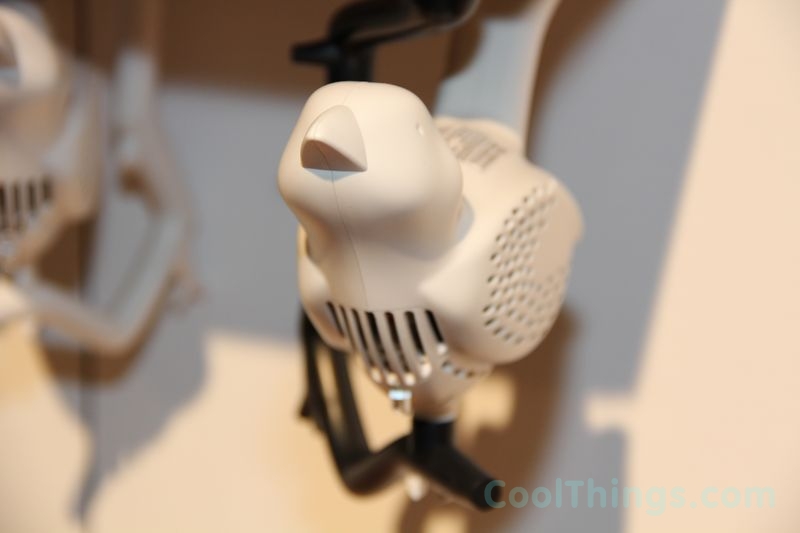 Smoke alarms — they ain’t there to make your house look pretty.  But who the heck ever said they shouldn’t?  We guess that’s the thinking behind the Chick-a-Dee Smoke Alarm, which replaces the traditional industrial  design with something that should add some value to your home’s décor.

Made by Netherland-based The Initiator and Company BV, the whimsical-looking smoke detector came about during a contest held by the Union of Dutch Insurance Companies back in 2006.  The winning design was fashioned by Louise van der Veld, who based it after the Black-Capped Chickadee, a songbird based in North America.

The Chick-a-Dee is a bird-shaped smoke alarm with all the sensor hardware installed inside the avian frame.  It comes with a mounting system that attaches to the ceiling, clad in a matching branch that completes the scene.  That way, you keep your home protected from fires, all without the industrial appearance you’ll get out of regular smoke detectors and alarms.

When it’s active, the alarm will feature a flashing control light to let you know that the battery is still topped up with juice.  You can also test it by pressing a button right on the bird to make sure everything is running right.  The alarm activates a loud 85 decibel signal as soon as it detects the presence of smoke.

MSRP for the Chick-a-Dee is currenty listed at $75. Don’t sweat, it will be available with US and worldwide retailers soon.