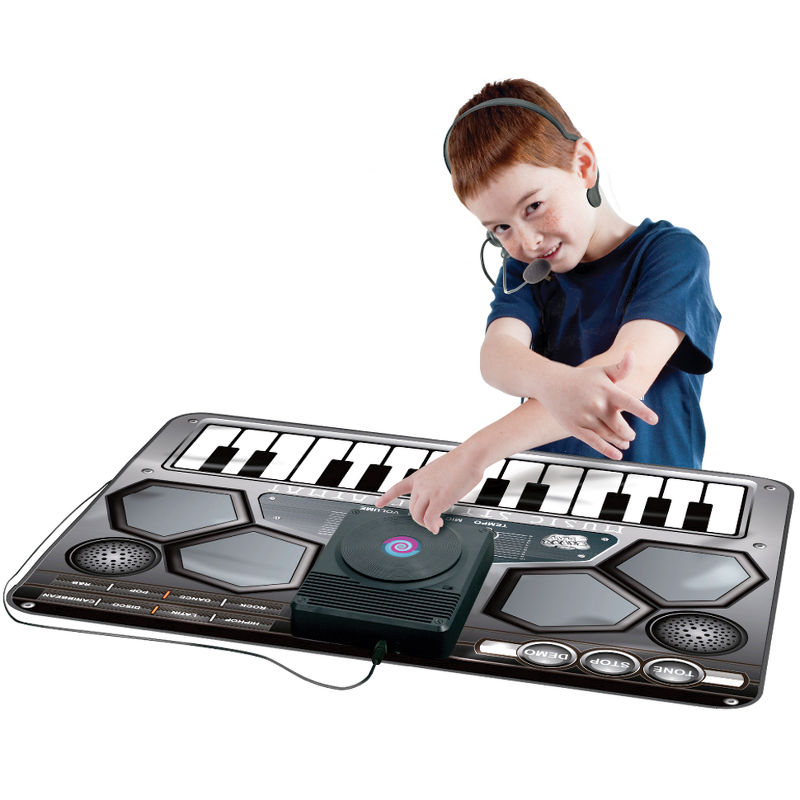 Your kid has tried it all — guitar lessons, piano lessons, making sounds with your armpit lessons.  He sucked at all of them.  Maybe being a musician really isn’t in the cards.   Maybe he can make a living being a club DJ instead.  You can get him started with this Children’s DJ Station.

Don’t be sad.  Being a DJ isn’t so bad.  They get girls, too.  And some people actually look up to them like real musicians.  Heck, some of them even think they have talent.  At least one of them got a spot on MTV’s Jersey Shore.  That’s something.

I kid, I kid. Well, for the most part.  Some DJs can be really good at producing and mixing and making their own beats, although most of them are just dolts with cool gear (not that different from other “musicians,” if you think about it).   With the Children’s DJ Station, you can get your child on the road to being one or the other.  Either way he ends up, he’ll probably be able to get some kind of job and move out of the house.  And that’s a good thing.

An electronic sound effects mat, the toy DJ gear could prove an excellent beginner set for getting kids to mess around with music and look cool while doing it.  Armed with built-in speakers, you can plug in an MP3 player to the mat and have it pumping out tunes.  Of course, kids can’t DJ without messing up the music, so it features two octaves of piano keys that can play eight different instrument sounds, a turntable for “scratching” sounds made from the keyboard, eight pre-programmed rhythms that you can unleash at the push of a button, and four drum pads (tom-toms, snare, cymbals).

The Children’s DJ Station is available from Hammacher Schlemmer, priced at $49.95.