Chill Puck Keeps Your Beverages Colder For Much Longer 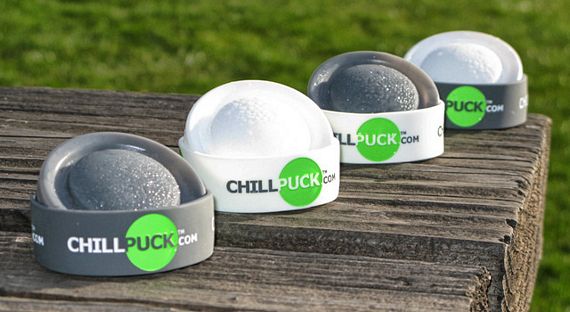 Once you take a beer can out of your stealthy DQM Chinook Cooler, there’s no choice: you either chug it down or it gets warm soon enough.  And warm beer really isn’t my cup of beer.  Doesn’t have to be that way, though, if you have the Chill Puck.

A modified ice pack, it’s designed to attach to the bottom of a can, cooling down your booze long after you take it out of the chiller.  According to its creators, you can see the difference in ten minutes — the beer with the Chill Puck is still cold, while everything else is already warm. 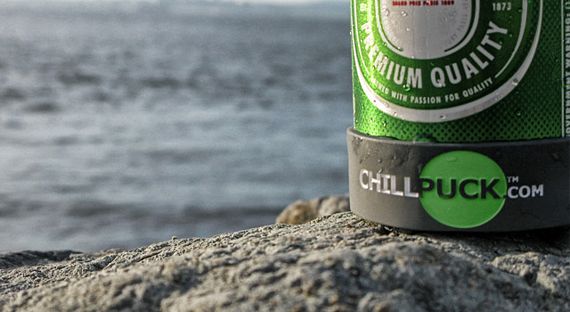 Unlike standard ice pack gels, the Chill Puck can be frozen to a point that’s colder than ice.  That way, it takes a much longer time for its temperature to rise, allowing it to cool down your stuff for longer.  Its shaped to cover the entire bottom surface of a can, allowing it to suck the heat out of your beer more efficiently, with small legs on the bottom so you can set the can down on a table as if it has a built-in coaster.

To ensure the ice pack attaches firmly, it comes with an elastic band that secures the two items tightly in place.  And since the diameter is no bigger than an actual can, it can be used with koozies for an even better drinking experience, too.  Plus, it still works like a regular ice pack — you can use a bunch of them to chill down your stash in the cooler box, too. 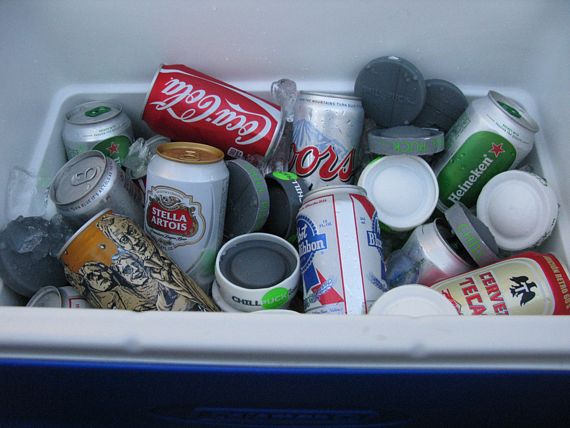 The Chill Puck is currently a project on Kickstarter.  You can reserve yourself one for pledges starting at $8.