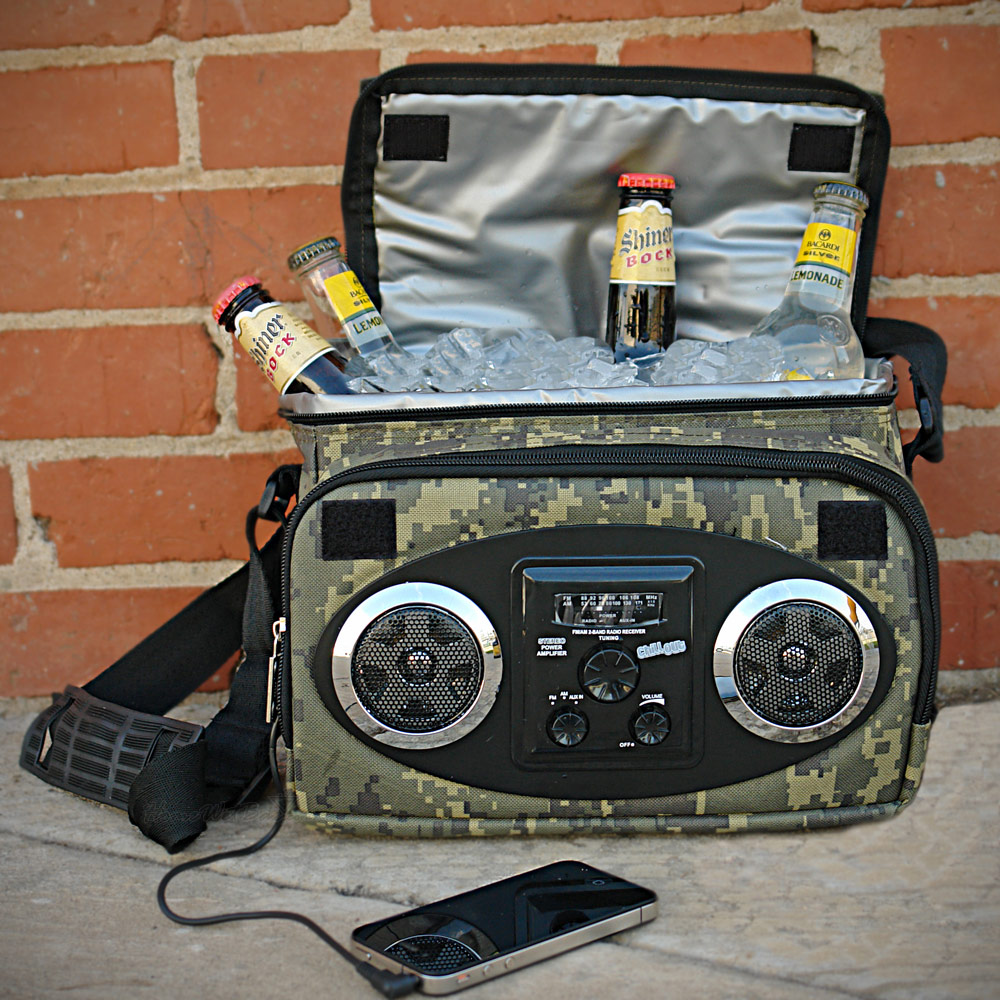 Hauling a boombox along is fine for getting your fix of loud, pestering music. But what’s good music without cold drinks to enjoy it with? Here’s the solution: the Chillin Radio Cooler, a portable boombox and beer chiller combo.

Measuring 11 x 7.5 x 8 inches, the cooler is just about the size of a generous gym bag, making for one easy piece of thirst-quenchin’ and music-pumpin’ equipment to bring along. Whether you’re hitting the road for a picnic at the woods or a lazy afternoon making fun of people in the park, this just might prove to be your most useful companion.

The Chillin Radio Cooler is a fully-insulated chiller with interior space sized to fit up to a dozen cans of your favorite crappy beverage for getting drunk. Since it’s soft-sided, with unmistakable boombox electronics out front, it looks just like a funky boombox bag, too, so people won’t be clued in that you’ve got 12 icy beers stewing in there (just in case you’re greedy).

Granted, the audio on this thing isn’t likely to be anywhere near as pretty as the TDK Boombox, given that it’s powered by a mere 4 AA batteries. Since you’re going to be drunk, though, we doubt it matters all that much how tinny the sound it pumps out is — the alcohol will amplify it in your head anyway. For getting music, you can use the onboard AM/FM tuner or connect it to one of your gadgets using a 3.5mm jack.

While the Chillin Radio Cooler on the picture is clad in macho camo, it comes in other designs too like hippie-style flowers and 80s-era silver boombox. It’s available now, priced at $49.95.