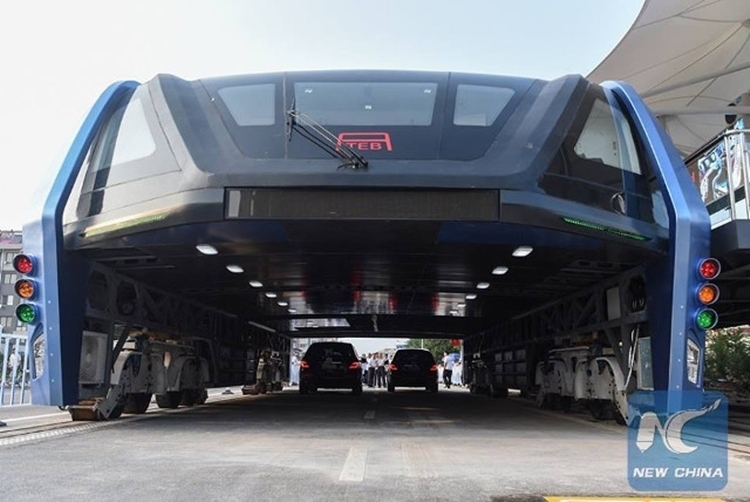 Like any highly-populated metropolis, China’s cities have a traffic problem. Unlike other large cities, however, they’re not looking to solve it with subways, flyovers, or similarly banal traffic measures. Instead, they’re looking at going with the Transit Elevated Bus, a giant bus that drives above multiple lanes like a new breed of highway monster.

We’re not entirely sure how the darn thing is supposed to drive in the thick of chaotic city traffic. With a chassis that towers multiple feet above normal cars and requiring just enough patch of ground to accommodate its tires, however, it does seem like a feasible, albeit somewhat complicated, solution. 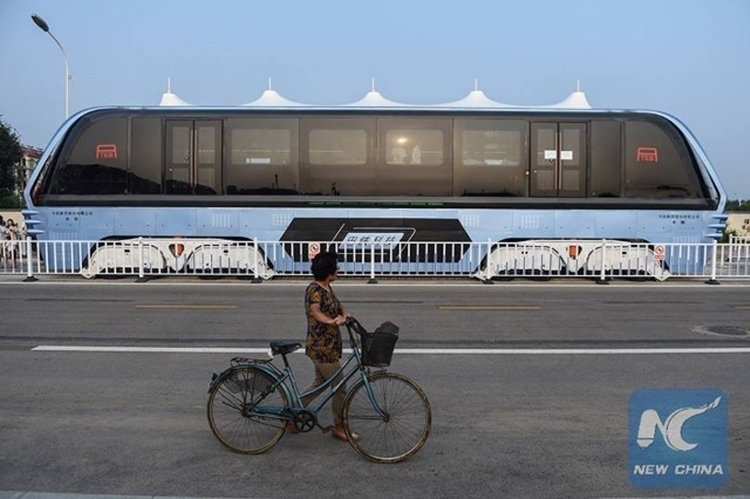 You can think of the Transit Elevated Bus as a double-decker electric bus without the lower deck. That’s because the lower section serves as a moving tunnel that will allow other cars to pass through, while also giving it the ability to drive over cars without running them over. It measures 72 x 25 x 16 feet (length x width x height), with room inside to transport up to 300 passengers at a time, all while traveling at speeds of up to 37 mph. 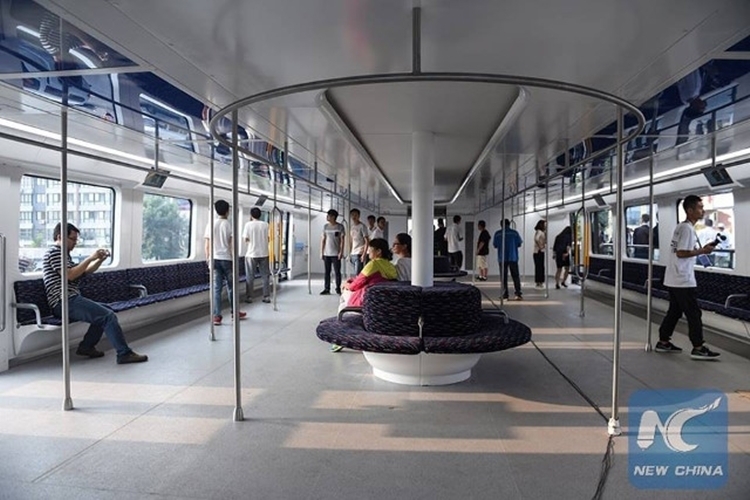 As you can imagine, you can’t simply let a thing this big loose around the city for the sheer amount of chaos it will create. As such, it appears they’ll have it running on fixed rails installed along ordinary roads, essentially driving over two car lanes while taking up no more road than the barriers on either side.

The Transit Elevated Bus is currently undergoing its inaugural test run in the Qinhuangdao, Hebei province of China.