You Can Now Buy Those Adorkable Star Trek Cats As 1:9-Scale Model Figures 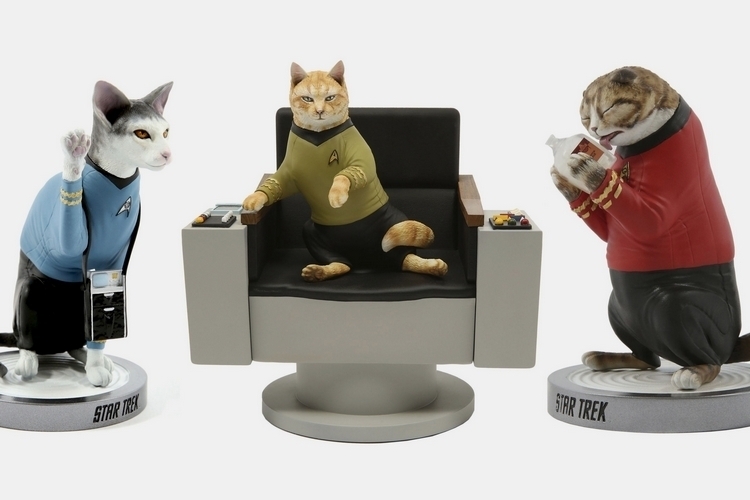 If you’re a Star Trek fan, chances are, you’ve seen Jenny Park’s collection of artwork that reimagines the Star Wars crew as impossibly cute felines. It’s weird, it’s strange, and it’s surprisingly adorable, so much so, in fact, that it has appeared in an ever-growing number of books, calendars, and clothing merchandise. This time around, Park’s space-faring kitties are getting the model figure treatment in the form of the Chronicle Collectibles Star Trek Cats Collection.

That’s right, those goofy books depicting cats as starship crew members now come to life as detailed models, allowing you to line kitties dressed in Star Trek garb right next to your regular Star Trek figures. Is it going to be as ridiculous on a shelf as it does in the books? Definitely looks like it, finally giving you something equally insane to accompany that adorable cat in a weaponized mech suit. 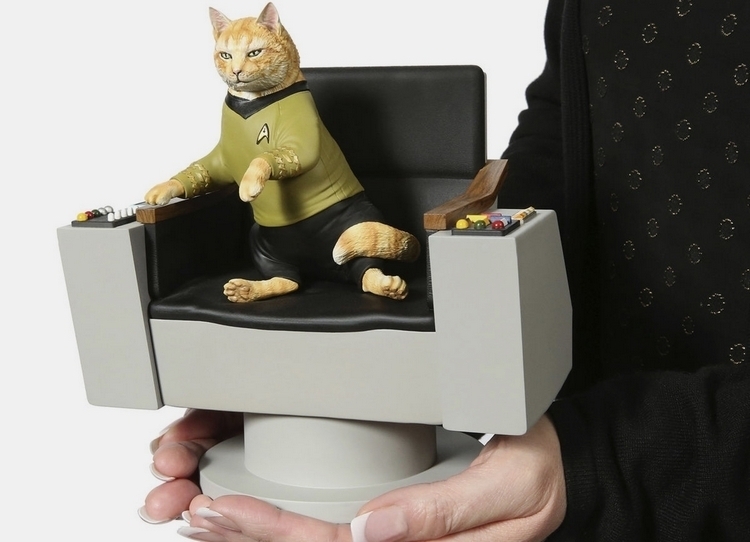 The Chronicle Collectibles Star Trek Cats Collection is comprised of three figurines: James T. Kirk Cat, Scotty Cat, and Spock Cat, each one serving as a stand in for the Star Trek character they’re named after. As such, James T. Kirk Cat is depicted sitting in a command chair that’s decked with numerous buttons, allowing the captain of the USS Enterprise to direct the starship crew without having to move from his admittedly relaxed-looking position. Seriously, seeing this cat plopped down on that command chair with a stern look on its face is quite the sight, making this quite the striking sight to put on any shelf. It measures 7.5 x 7 x 5 inches (height x width x depth), which they’re estimating to be a 1:9-scale.

Scotty Cat, on the other hand, is carrying a bottle of Scotch whisky because… you know… he’s Scottish and that’s what they drink. He’s also licking the outside of the bottle, which is what, we imagine, a drunk cat will do if they run out of booze while they’re still not as intoxicated as they’d like. No, we don’t remember Montgomery Scott to be an alcoholic either, but, hey, history always has a few versions and this one looks fun. Seriously, seeing Scott carrying a bottle of booze gives new meaning to “Beam me up, Scotty.” It measures 5 x 3.75 x 3.75 inches (height x width x depth). 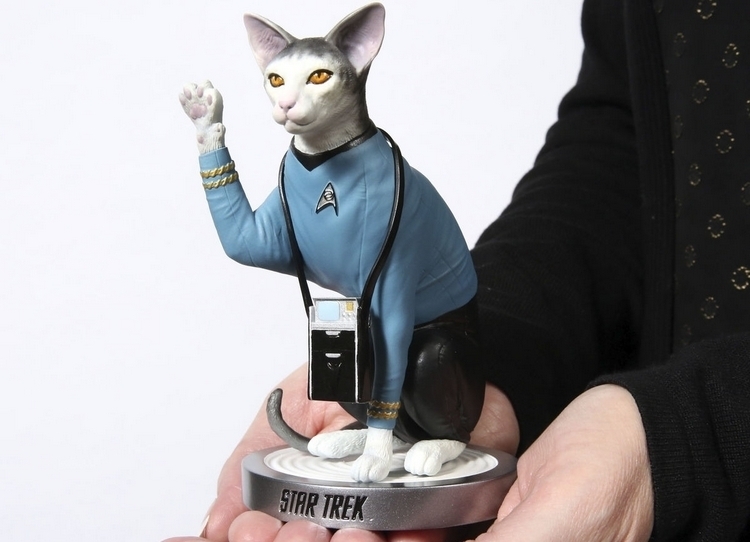 The Chronicle Collectibles Star Trek Cats Collection’s Spock Cat is, of course, shown doing the Vulcan salute (at least, whatever it can manage with its paws), just like the onscreen character would do. Yes, we’re assuming the cat is saying the meowing version of “live long and prosper” while it’s performing the gesture. Or maybe it’s talking in English with a slight hint of a Vulcan cat accent. Yeah, whichever the case may be. The cat, of course, comes with the signature pointy Vulcan ears, as well as his trusted tricorder for scanning, analyzing, and recording various things it comes across. It measures 5.75 x 3.25 x 5 inches (height x width x depth). 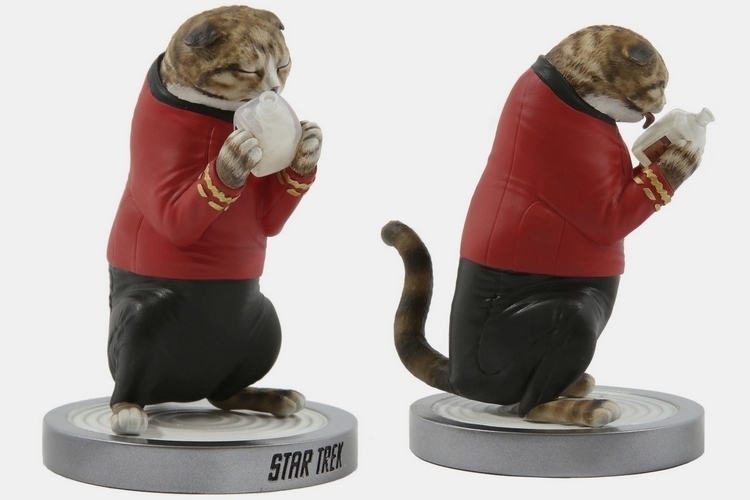 Do note, this a model figure not an action figure, so the characters stay in one pose instead of allowing you to play with their articulation. Each one is made from hand-painted polystone.

The Chronicle Collectibles Star Trek Cats Collection is now available for preorder. Slated to ship in the fourth quarter, each one is priced at $39.99.