Chronofighter Tourist Trophy Is Huge, Manly And Looks Like It Has A Grenade Pin On The Crown 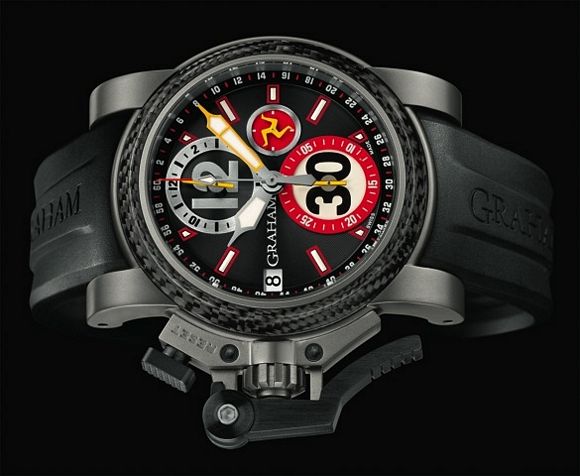 Some folks like colorful watches, while a few prefer difficult timepieces. My personal favorites are big watches with lots of moving components like the Graham Chronofighter Tourist Trophy, which does it one better by adding a lever over the crown that looks like a grenade pin.

London-based watchmaker Graham teamed up with the Tourist Trophy Isle of Man races for this commemorative piece, one of which was awarded for every race winner during the motorcycle tournament’s two-week run last month. I’m not sure how many of the competitors ended up getting one of the timepieces, but it sure seems like a nice “warrior badge” for the victorious riders. 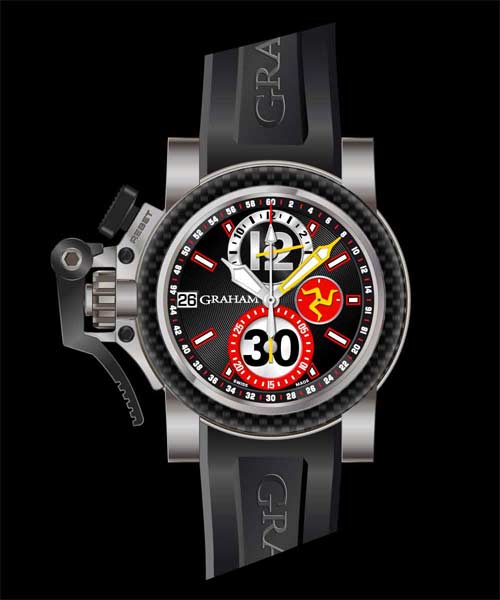 Each watch sports a titanium case with carbon fiber bezel, adorned by a black leather strap. The grenade pin-like lever and pushers are made of black PVD. Design is especially intended to complement the races, which include the Isle of Man triskelion symbol, the “30 mph” road sign that is a staple of the host island and the official race colors (red and yellow).

You know a watch is special when you can’t even get it with money – you’ll have to win a race in one of the most dangerous motorsport tournaments in the world to score one.  Considering that only a supposed 100 of these were produced and there were 90 races, I reckon there are very few (if any) Chronofighters still without an owner.  How much more exclusive can you get?