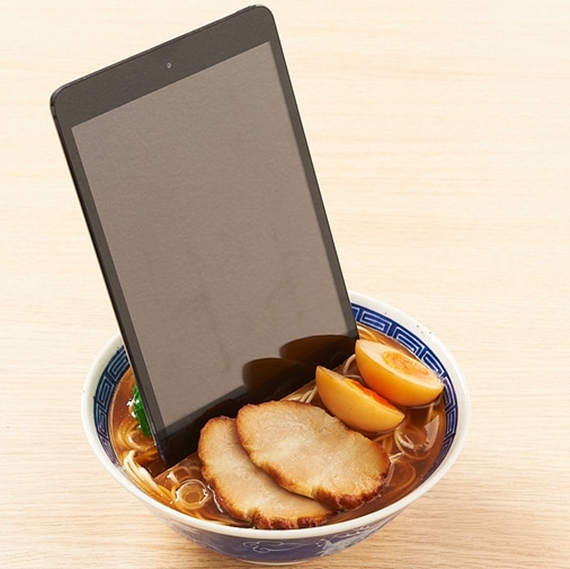 Dunking your iPhone into your portable bowl full of ramen noodle soup?  Not a good idea.  Dunking your sister’s phone in this Chuka Soba Smartphone Dock while she screams in horror six feet away?  Absolutely hilarious.

It’s hilarious because this isn’t a real bowl of Tokyo-style chuka soba.  Instead, it’s just one of those fake food displays people put in front of restaurants, so you can see what the food looks like without having to go in and inspect what’s on people’s plates (because, you know, that’s super awkward).  Except this one comes with an integrated stand that can fit iPhones, iPad Minis, and similarly-sized mobile devices, so you can look like you’re dunking your gadget in your lunch for the sole reason that you’re a baller and that’s how you roll. 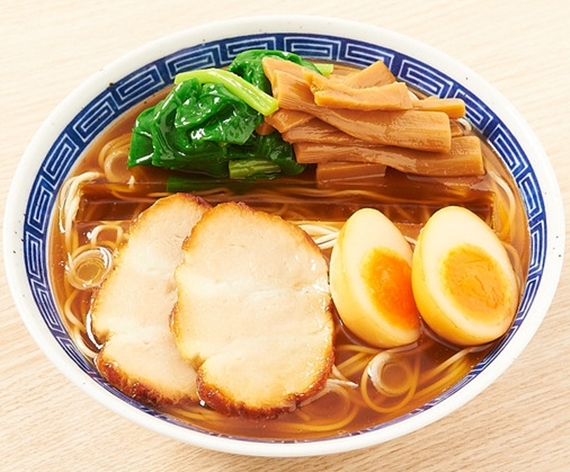 The Chuka Soba Smartphone Dock is a realistic-looking bowl of ramen noodle soup, complete with a delicious-looking sea of broth, chuka soba noodles, porkloin slices, eggs, spinach, and even bamboo shoot.  Heck, it’s even in a bowl that looks like it came straight out of the corner Japanese restaurant.   Seriously, the thing looks good enough to eat, if only there wasn’t an iPhone lodged right in the middle of the bowl.  I mean, can you imagine where that gross device has been?  Yuck.  Made by Akiba Goods, the whole thing measures 7.9 inches in diameter and 4.1 inches tall. 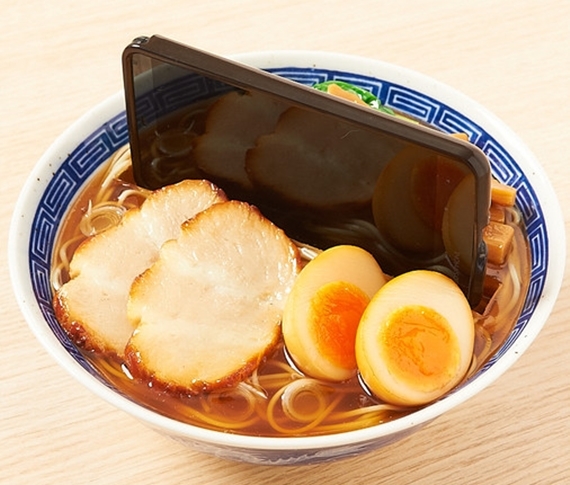 Available stateside from Otaku Mode, the Chuka Soba Smartphone Dock is priced at $92.99.