Forget VR and AR, The Cinera Is A Headset For Movie Buffs 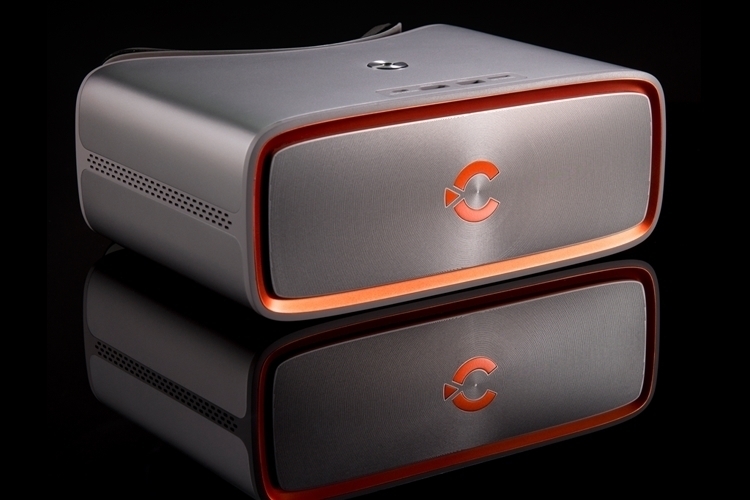 With most modern headsets being aimed at VR and AR applications, it’s easy to forget that they’re actually great tools for immersive viewing of movies and other video content. The Cinera is a headset aimed at just that specific application.

Billed as an “immersive personal theater headset,” the device lets you experience viewing on a giant screen similar to those on movie cinemas without having to get off the couch or have an actual home theater installed in your house. How immersive? According to the outfit, you’ll be watching movies in a resolution three times sharper than those on movie theaters, so you can enjoy large screen viewing without having to leave the house, drive to the theater, and pay for overpriced popcorn. 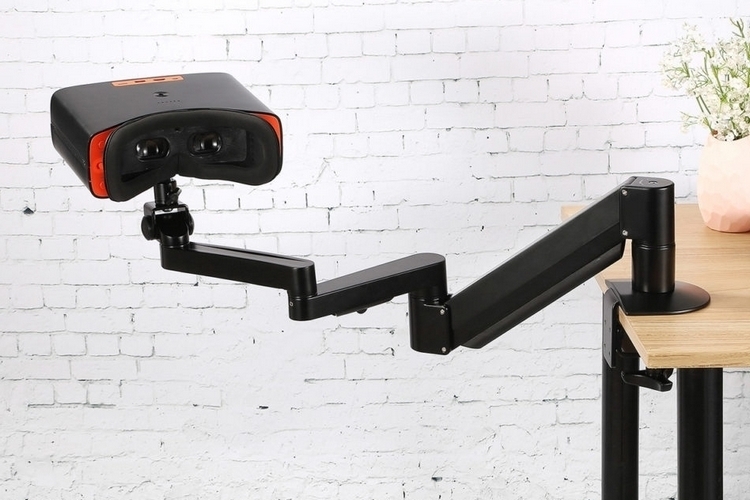 The Cinera consists of a headset similar to VR and AR rigs, with the exception of the headband that usually comes for wearing it on your head. Since this is aimed at movie viewing, they ditched the headband in favor of an articulated arm that can be adjusted at varying heights and position to hold the headset right in front of your face.  That way, you can just lean back on the couch, drag the headset right to your line of sight, and relax, with no heavy gadget weighing down on your face. And, yes, you can really align it towards any viewing position, so you can use the headset while standing, sitting down, or lying on your back in the bedroom.

It runs Android 6.0, with 16GB of onboard storage, so you can install your favorite video streaming and video player apps to get content onto the device. Onboard Wi-Fi ensures you can hop onto the local network without much hassle, while an SD card slot and USB input lets you hook up your own video collection for playing on the headset. There’s also an HDMI input if you want to watch content from your Blu-ray player, Xbox One, or Playstation 4 on a giant cinema-like screen. 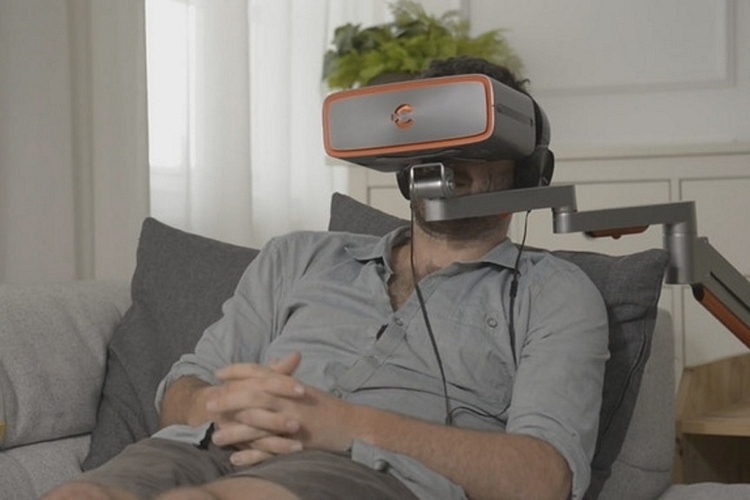 The Cinera, by the way, can play 3D movies at a quality that, the outfit claims, is better than that on the movie theater. That’s because the headset comes with two separate screens, allowing it to display different images to your left and right eye in a native manner, allowing you to watch in 3D without requiring those big, goofy glasses. 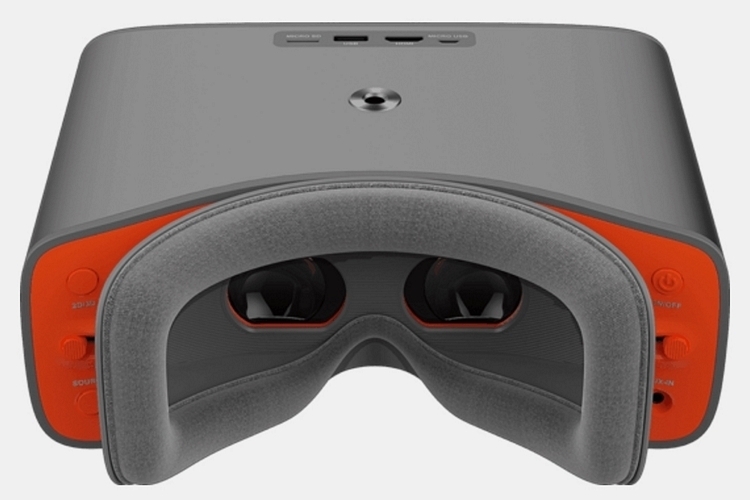 Onboard controls for power, 2D/3D modes, IPD adjustment, navigation, volume, brightness, and video source are available right on the device, so you never have to get up from the couch while watching a movie. There’s also an optional head mount that distributes the weight across the top of your head, which you can use if you want to bring the headset out (the articulating arm is a little big). The head mount, by the way, comes with a nine-axis gyroscope that you can use as a control method when flying drones and watching the live feed using the headset.

A Kickstarter campaign is currently running for the Cinera. You can reserve a unit for pledges starting at $399.