Circa 1977 Miniature Moscow On Sale For $3 Million 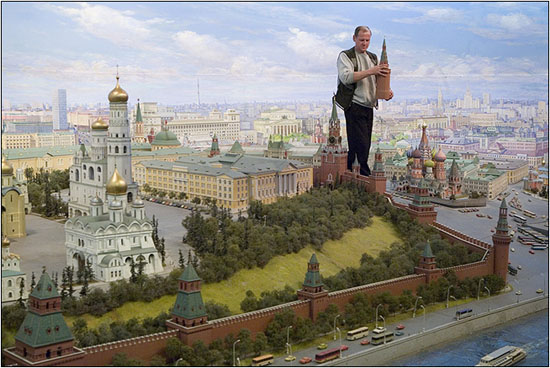 Want to be the Russian version of Godzilla?  Now you can with the Miniature Moscow, a massively ultra-detailed model of the USSR’s capital, circa 1977, that just found its way to the auction block.  It’s the world superpower frozen in time – and it can be all yours.

Created by Russian artist Efim Deshalyt to commemorate the 60th anniversary of the Bolshevik Revolution, the scaled-down reproduction features amazing detail that realistically mimics every nook and cranny of the magnificent capital.    It took 300 workers to piece the whole thing together, none of whom probably got paid overtime for their efforts. 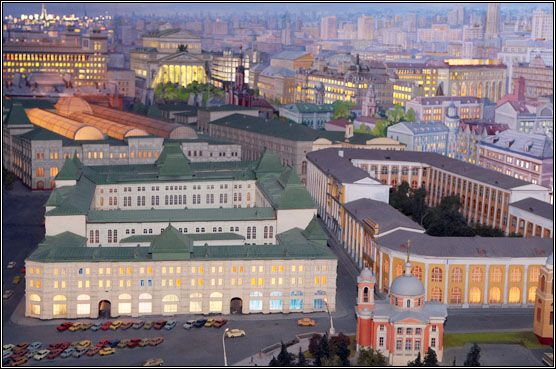 Pretty effing stunning – there’s no other way to describe the Miniature Moscow.  It spans an area of 400 square feet, with every tiny window (even those on the small boats on the river) able to light up during nighttime (yep, it’s got a night and day setting).  A faithful recreation, every infrastructure, building and, heck, even trees are included in the model.  The lights are even controlled through the Municipal Building, which demonstrates how “power” was centralized during the day. 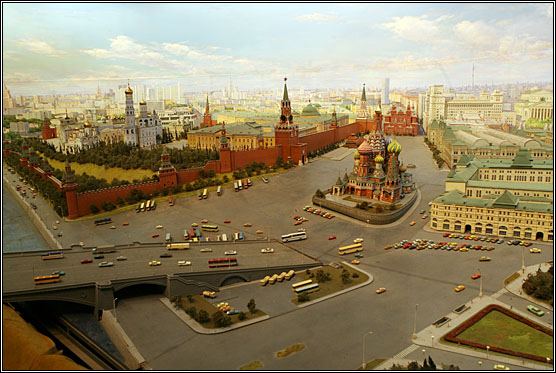 Why is it being sold?  Although it currently remains in exhibit, the model is no longer being supported by the government and is, in fact, losing money big time.   According to sources, the electricity costs alone are eating up a lot of funds.

Asking price to own the Miniature Moscow is $3 million.  Sounds like a great value, if you have both the space and the cash to spare.  Pair it with a Godzilla costume and you’ve got an epic home movie waiting to happen.