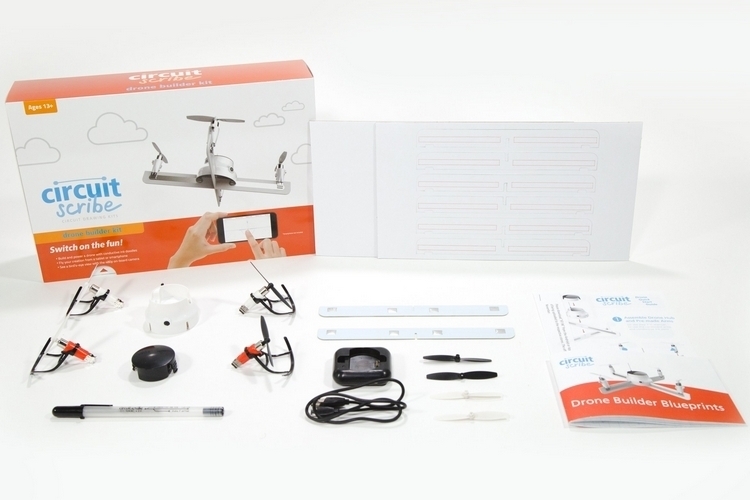 To the unfamiliar, Circuit Scribe is best known for making pens with conductive inks, as well as a variety of electronic kits that use those conductive inks to transfer power without having to mess with circuits. Their latest set, the Circuit Scribe Drone Builder Kit, steps things up a notch by allowing you to use their conductive ink to power a quadcopter.

That’s right, you can now use the outfit’s conductive ink pens to help build a functional drone that you can properly “wire” up for transferring power without having to work with circuits and soldering irons. No, we doubt this will replace whatever quad you’re currently using for aerial photography, drone racing, or transporting small contraband around the neighborhood, but it does allow you to make a custom drone that looks funkier than what you can get off the shelf. 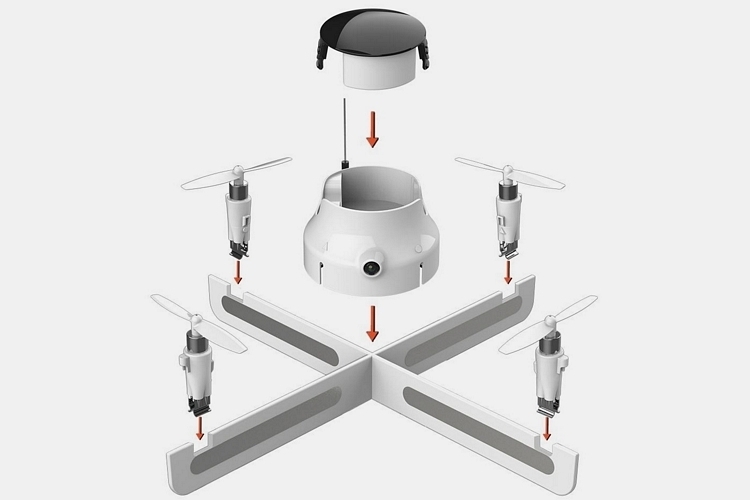 The Circuit Scribe Drone Builder Kit is a set comprised of four motors with propellers, one control hub, a set of arms, and a conductive ink pen. The control hub houses the battery, sensors, and a 480p camera, with cutouts at the bottom of the enclosure allowing it to be easily snapped onto the drone’s arms. Similarly, the motors can be snapped at the ends of the arms to affix them, although you have to make sure all components are clipped on sections of the arms with conductive ink on it to ensure power transfers properly from the control hub to the motor.

It comes with a set of cardboard arms, a set of plastic arms, and extra cardboard material, so you can cut yourself a new set of arms. And, yes, you can use any material you have around the house for use as quadcopter arms – just make sure they’re a similar thickness to the arms included with the kit. Going this route means you can experiment with the kind of arms you can give your drone, allowing you to rig it up in all sorts of fancy ways.

The Circuit Scribe Drone Builder Kit is fitted with a built-in gyroscope, along with the necessary algorithms for auto-leveling, ensuring this is as easy to pilot as any modern drone. It’s so stable, in fact, that it’s safe to fly indoors, so you can pilot the flyer without leaving the house. As with other modern drones, it also boasts a hover mode, as well as single press takeoff and landing. When outdoors, it can be flown to distances of up to 250 feet, although the battery can only keep it running for up to three minutes between charges.

The companion app allows you to operate every aspect of the drone, from launching it and landing it to steering it and making it hover in place. And, yes, it comes with a full manual mode, in case you’d like to challenge yourself and operate it without any of the autonomous systems helping out.

The Circuit Scribe Drone Builder Kit is now available for preorder. It’s priced at $99.99, with a ship date of November 8th.