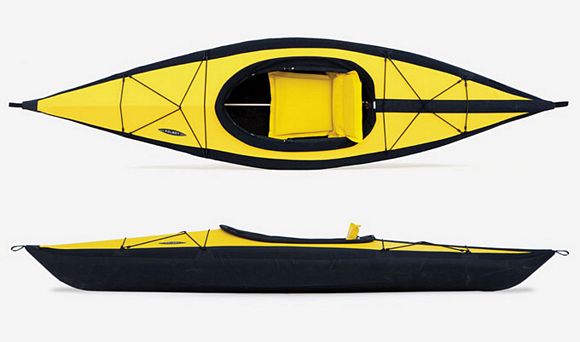 Sometimes, I leave the house wondering if there will be a tsunami.  Or a typhoon with flash flood.  Or if the icebergs suddenly melt while I’m out.  I’m a pretty good swimmer, but I hate getting wet in my best suit.  For those times of unusual paranoia (as a result of bad drugs dreams), I know I will feel safe carrying a Citibot Folding Kayak.

Lightweight and convenient, it folds to a large but portable backpack that weighs a mere 24lbs.  In fact, it’s small enough to check on an airplane.  When let loose, it assembles into a fully-functional boat that can carry a single person up to 210 lbs.  That’s heavyweight level right there, so unless you’re Brock Lesnar (or Oprah on a bad month), it should handily take you along flooded streets and highways (assuming the paranoid flooding happens, of course). 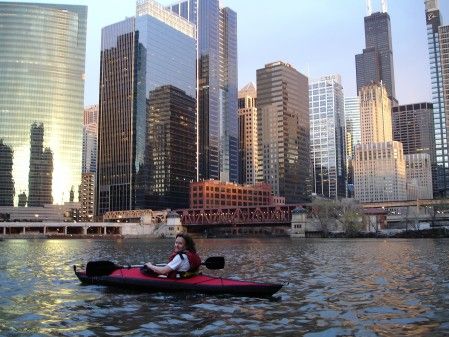 The Citibot Folding Kayak measures 35 x 18 x 10 inches in folded form and transforms into a ten-foot boat when put together.  You assemble it by getting the frame together first, before dressing it up in the colorful skin.  It comes in eight different colors.

Sure, folding kayaks have been around forever.  Just ask your grandpa.  However, there has never been one that folds to a bag that you can literally carry without much discomfort.  More importantly, you can put it together in 12.5 minutes (according to manufacturer Folbot).  Even if it takes longer though (since, let’s face it, you’re not very smart), that’s still pretty awesome.

If you always wanted a small boat but have neither the space in your vehicle or garage for one, the Folbot Citibot Folding Kayak sounds a heck of a lot better than settling for an inflatable toy.  It’s available from their website for $1,197.