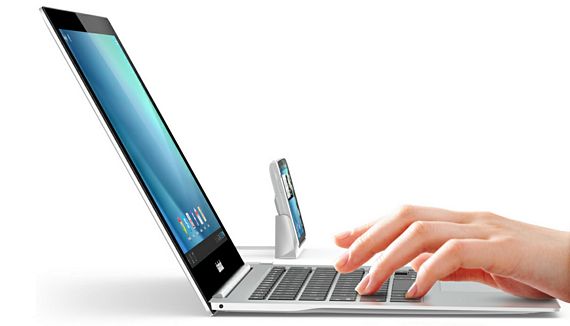 Motorola’s Lapdock, which lets you use select Moto-branded smartphones on a laptop-style gadget, is quite the innovation.  So much so, in fact, that many of us who aren’t using one of those phones have actually been waiting for a similar solution that can work with our handsets.  From the sound of it, the Clamcase Clambook could be that device.

Similar to the Lapdock, it offers a dumb laptop terminal that can use your smartphone’s processing resources to do any of the things you’d normally do on a handset’s small touchscreen display.  That way, you can enjoy the benefit of a full laptop screen to browse the web, edit office documents and scroll around the mobile platform’s UI, instead of straining your eyes and fingers on the tiny touchscreen panel. 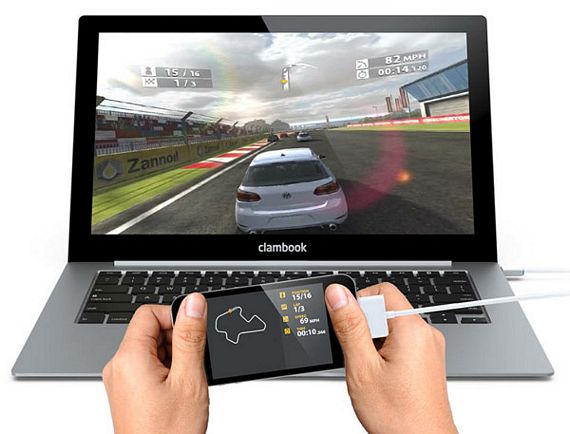 The Clamcase Clambook takes on a form factor that borrows liberally from the Macbook Air, so it’s thin, light and decked in a svelte aluminum body.  Just like a proper laptop, it features a 13.3-inch display (16:9 aspect ratio), a full-sized keyboard (with dedicated Android keys), 3D Cinema Sound and a multi-touch trackpad.

Because it’s designed to work with iPhones and the lot of Android devices in the market, there’s no proprietary dock anywhere on the actual case.  Instead, you use Bluetooth to connect the keyboard to the phone and an MHL cable to feed visuals and sounds to the display.  It will show whatever native screens are sent by the phone, though, so you won’t get a proper desktop UI like Ubuntu for Android would.

No pricing yet, but the Clamcase Clambook is expected to be released during the 2012 holiday season.