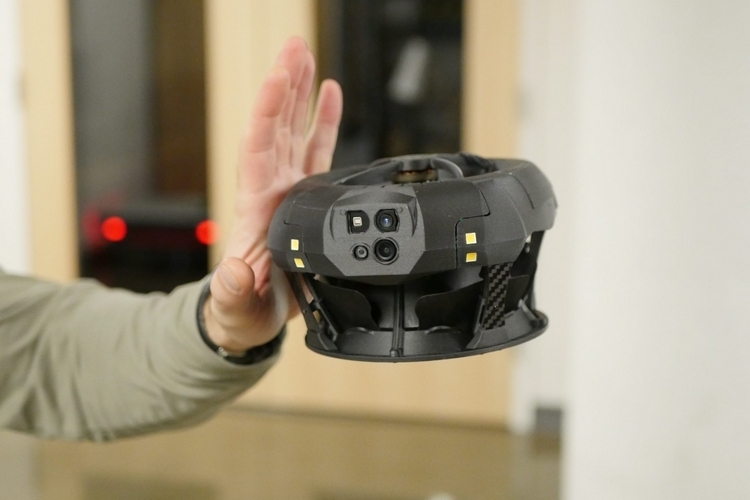 Whenever we hear about drones, the same picture comes to mind: those multi-rotor flying machines that take aerial photos and videos. While a quadcopter has long been the most common outdoor and indoor drone form factor, it’s not the only viable design for such an aircraft. Case in point, the Cleo Dronut X1, a new drone that uses a bi-rotor design to keep it highly compact and extremely safe for use in tight indoor spaces.

Using just a pair of rotors, it’s able to maintain a compact size of just 6.5 x 4 inches (diameter x height), which is not quite as compact as the outfit’s original drone design, but still just barely bigger than the giant triple-patty burger with a bunch of fix-ins that you had for lunch yesterday. Actually, your burger might be bigger than that, but when burgers get to that size, we guess it all looks the same. 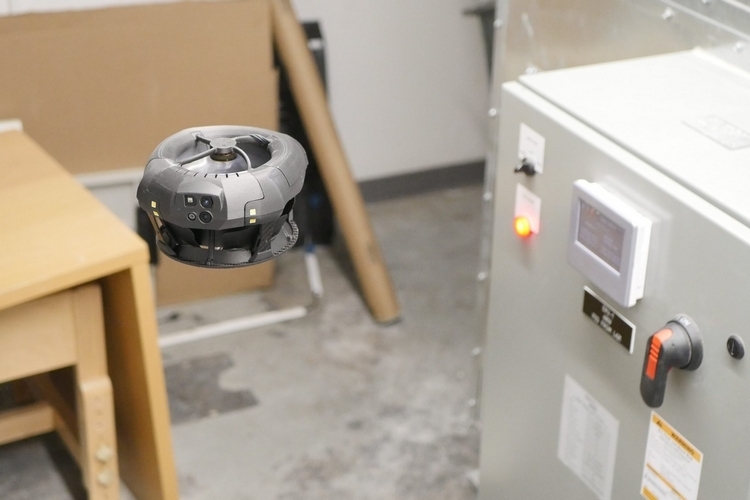 The Cleo Dronut X1’s bi-rotor design isn’t the only element that differentiates it from more popular drones, it also uses a ducted fan design. That means, the propellers are completely covered, with no exposed blades, allowing it to operate safely around people, pets, and sensitive equipment. The rotors are housed inside a composite frame with curved edges, by the way, so it’s not likely to scratch any walls or furniture it touches, either. Basically, it eliminates all the complaints your wife typically has when you fly drones at home, allowing you to handily win that argument for once. No, she probably still won’t let you fly a drone inside, but she won’t be able to rebut any of your reasoning now.

Since it’s meant to operate indoors, it doesn’t rely on GPS or any similar satellite-based positioning system for navigation. Instead, it uses a full suite of onboard sensors that include a three-dimensional LIDAR and a global shutter camera to ascertain its location, recognize obstacles, and maneuver autonomously. According to the outfit, its autonomous flight capabilities allow anyone to operate the drone with little to no training, making it extremely easy to use for any task. 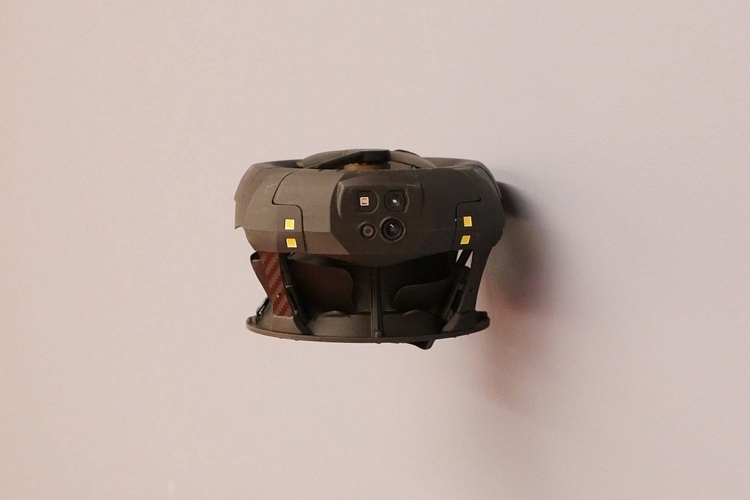 The Cleo Dronut X1 is equipped with a 4K camera that you can use to record whatever lies in its 100-degree field of view, while onboard Wi-Fi transmits a real-time feed directly to your smartphone. Do note, the feed is capped at 1280 x 960 pixels with a 60 fps frame rate, so you won’t be able to enjoy full HD quality for your viewing stream. The drone, by the way, can be piloted using the included handheld 2.4GHz joystick controller, which has a dock for your phone to use it as a screen during operation. 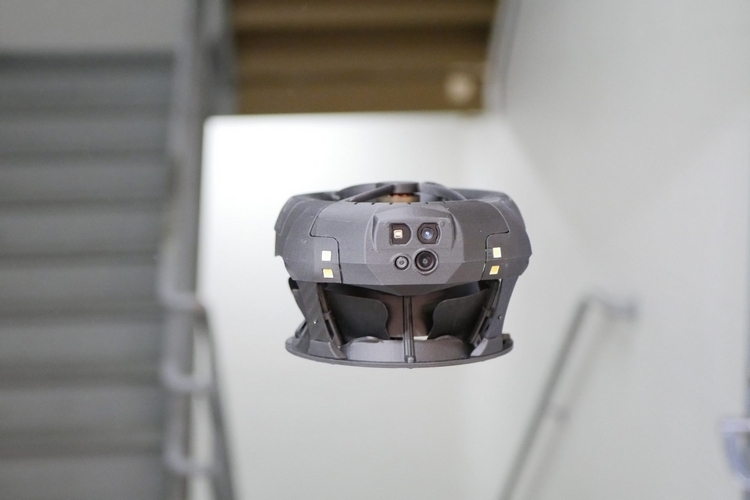 Since it’s designed for indoor flight, the drone is only rated to operate at wind conditions of up to 9mph, so there’s no way you can have this thing flying on wide open spaces with wind freely blowing. The onboard battery, by the way, holds enough charge to enable a 12-minute flight time, all while being able to fully charge in just 40 minutes. Maximum flight speed is 16 feet per second.