These Beautiful Coastal Quilts Make For The Perfect Pirate Blanket 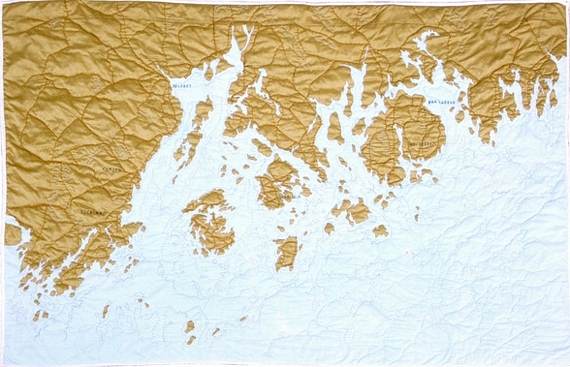 If seafaring pirates ever made their own blankets (instead of just plundering the nicest one they can find), we’re guessing it will look like something like these Coastal Quilts, each of which come adorned with a map of the shoreline of a beautiful coastal city.  Except instead of the places featured in this collection, it will probably be ornamented with layouts of the places where they took the most plunder.  Which, admittedly, would have been more awesome.

Made by Haptic Lab, the blankets use a backdrop made from pale blue cotton that’s intended to look like the vast expanse of the ocean.  Rather than merely print the shorelines, though, they layer it with a gold polysilk applique that creates an undeniably more striking appearance. 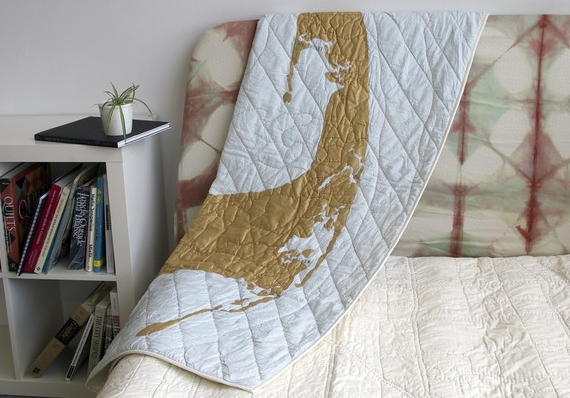 Each of the Coastal Quilts come with accurately-detailed road and ocean topography that’s all hand-stitched, making for a blanket that’s even more impressive when viewed up close.  Five shorelines are currently included in the collection, namely Puget Sound, Penobscot Bay, Nantucket, Martha’s Vineyard, and Cape Cod, with more scheduled to be added soon.  Each throw-sized quilt measures 60 x 72 inches, which should be large enough to keep a seafaring captain warm while he curls up on a pirate ship deck, grasping a bottle of rum on his left hand and nestling a lovely wench on his right arm.  Arrrr… matey’s getting some lovin’ tonight. 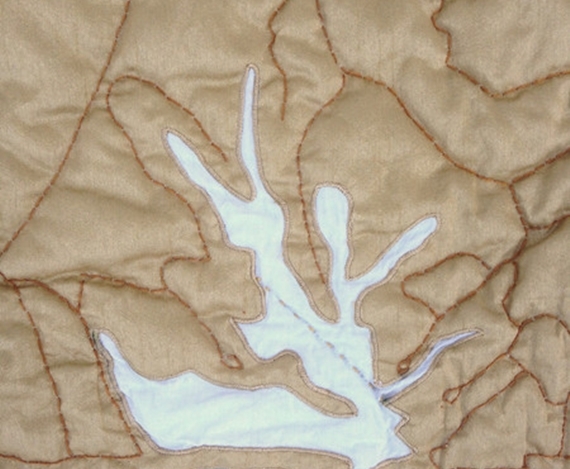 The Coastal Quilts are available directly from Haptic Lab.  Price varies between $269 and $289, depending on the design.